Bolaños, for making electricity companies pay more because they have “exorbitant” benefits 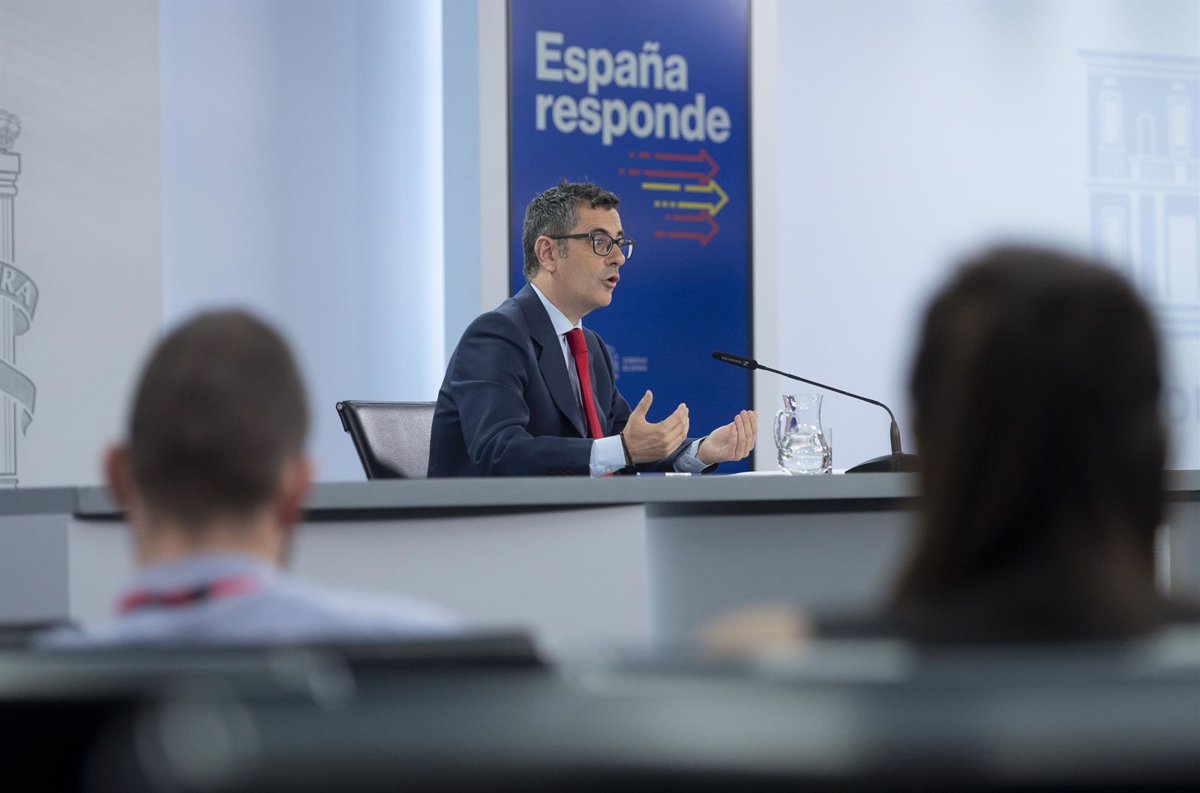 The Minister of the Presidency, Relations with the Courts and Democratic Memory, Félix Bolaños, has advocated that the electricity companies contribute more because of the “exorbitant” profits they have made over the last year due to the increase in raw material materials like gas. However, he has recognized the difficulties of including a tax increase for these companies in the new anti-crisis regulation and is therefore opting for a different procedure.

In statements to La Sexta collected by Europa Press, Bolaños highlighted that among the top three electricity companies in Spain, they achieved a profit of 6,500 million euros in 2021, which in his words means “40% more than last year”. .

He has advocated “burden sharing”, pointing out that the European Union itself already includes in its official documents the so-called “benefits of heaven”, although this was initially a position of the Spanish government, as he has said.

In addition, regarding how to apply a measure in this line, the minister has indicated that they are analyzing what is the best way and working out “various alternatives”. It has also made it clear that there are “legal” difficulties in getting it included in a royal decree law, as will be approved with the anti-crisis measures this Saturday. Therefore, it determined that there are limitations in this type of regulation to consider some tax issues and it would therefore have to follow the processing of an ordinary law.

In his opinion, “it is not even half normal” that there are families, middle classes, companies and freelancers who are going through a “deadly” time due to the crisis triggered by the war in Ukraine and the rise in prices of these companies, who have these great advantages. “We have to share the burden,” he said.

On the other hand, when asked about another measure that United Government partner Podemos wants to include in the new anti-crisis decree, the check for 300 euros for vulnerable families, Bolaños has asked not to take any of the publication self-evident , as the government is still working to finalize this package, which it hopes will be “the most ambitious in Europe”, it has been claimed.

JUSTIFIES THE REDUCTION OF THE ELECTRIC VAT

Finally, when asked about the complaints from some political groups that the government is not telling them anything about the measures it intends to approve on Saturday, Bolaños justified this silence “precisely because we are working on it” and gave assurances after having approved the Council of Ministers establishes contacts.

Bolaños has also justified the government’s change of position on reducing VAT to 5% by saying that the current crisis is “very dynamic” and the executive branch is making decisions “every day”, but all with the same goal of curbing inflation. “brutal” that affects Spain and the rest of Europe.

THE LEGISLATION, TO THE END

Finally, he denied that the announcement of this measure had anything to do with the poor result of last Sunday’s Andalusian elections. Likewise, he has rejected changing the political cycle at the national level, assuring that they will exhaust the legislature by the end of 2023.

In this sense, he separated the result of the Andalusian elections from that of the next general elections, pointing out that citizens are increasingly reacting to the question put to them in each election. He has congratulated President-elect Juanma Moreno (PP) but indicated that when it comes time to assess the central government, she will present the service record of what has been achieved in the four years of the legislature.