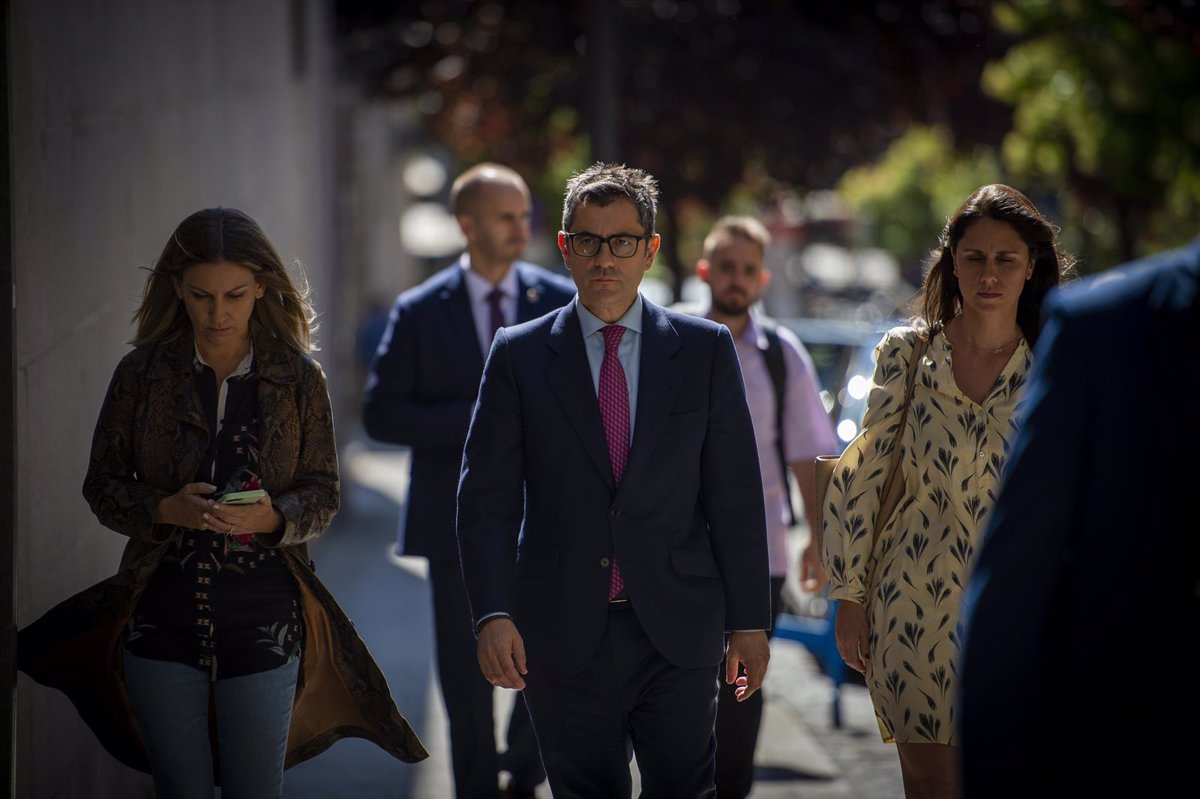 The Minister of the Presidency, Relations with the Courts and Democratic Memory, Félix Bolaños, this Friday accused the leader of the PP, Alberto Núñez Feijóo, of lying and never sitting down to renew the General Council of the Judiciary (CGPJ). . while he has defended the government-sponsored reform to allow that body to reappoint judges of the Constitutional Court.

In a speech to the media at the entrance to the act marking the 50th anniversary of the “1001 trial” against the leadership of the CCOO union, Bolaños defended that the government had decided to return this competence to the TC in order to be able to renew it TC in a timely manner and fulfill the obligations established by the Constitution.

This morning, the PSOE registered a bill in the Chamber of Deputies to be processed through the urgent route to allow the CGPJ, in office since December 2018, to re-propose two judges for the renewal of the CT.

In this regard, on the same Friday, Feijóo accused the head of the Executive, Pedro Sánchez, of “breaking the bridges” to negotiate the CGPJ with the “unilateral” reform that he proposed to “control” the Constitutional Court and of who goes out of his party That was “found out through the media”.

“Feijóo cannot consider negotiations that did not take place as broken off,” said Bolaños, who asked him to “stop lying”. He also accuses him of not having reached an agreement with the PSOE on the matter during the “80 days” that he was at the head of the PP. “Every day the partridge gets dizzy, a thousand and one excuses,” he made ugly.

SAYS THE PP DEFENDED THIS WAY

In this sense, he has admitted that the Government could have appointed the two magistrates of the TC without waiting for the other two of the CGPJ, although, he pointed out, this led to discussions within the High Court and experts.

On June 12, the mandate of 4 members of the TC expired, which must be partially renewed by the government and the CGPJ. The executive defended that it could carry out the replacement of the two judges corresponding to it alone, but decided to return this power to the governing body of judges in order to avoid this legal debate, as they explained. It should be remembered that it was the government itself that stripped the CGPJ of this power while in office.

Therefore, Bolaños has defended that they have opted for this formula, which he has described as “impeccable” from a legal point of view and which, in his opinion, “enhances the prestige of the TC” and does not provoke a legal debate.

In this sense, he was also surprised that the PP does not support this path, because, as he has assured, the PP has defended both publicly and privately the same formula chosen by the socialists.

On the other hand, Bolaños has assured that he hopes that this reform of the CGPJ will find a sufficient majority in Congress to achieve the replacement of both the TC and the CGPJ, and has warned the rest of the factions: “No, someone who is outside of this blocking attitude the PP stands can oppose this change, which aims to speed up the renewal of the TC,” he explained.

Referring to his government partner United We Can, he has stated that this reform has been “discussed” with them and insisted he hopes all forces seeking renewal “as soon as possible” will support the proposal.

Finally, when asked about it, he assumed there will be an agreement between the executive partners on the measures that will comprise the new anti-crisis package the government has announced it will launch next Saturday in a extraordinary session will approve Council of Ministers. However, the last meeting between the partners this Thursday ended without an agreement.