Bloodshed in Ecuadorian prisons could be repeated, warns HRW 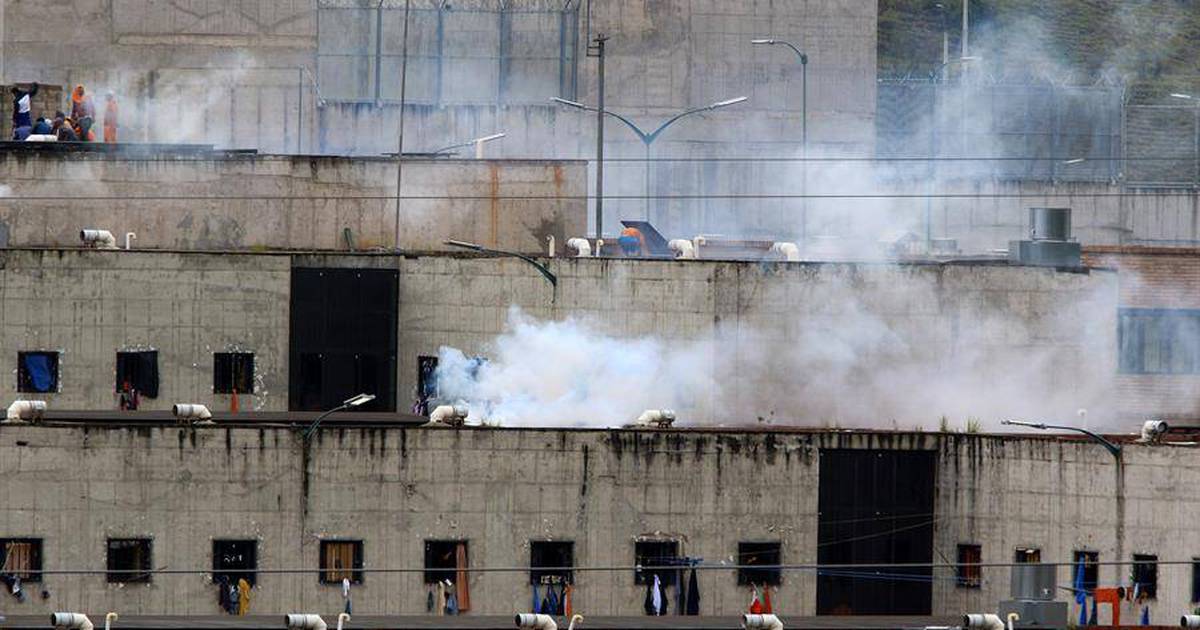 Overcrowding, lack of state control and the power acquired by criminal groups are the factors behind the violence in Ecuadorian prisons, where more than 350 murders have taken place in the past two years, according to what has been clarified Thursday by the International organisation Human Rights Watch (HRW).

“Overcrowding and lack of state control in Ecuadorian prisons have contributed to inmate gang members committing massacres,” HRW (based in New York) said in a report also released in Quito.

The study includes a three-dimensional model of the so-called “coastal penitentiary”, the site of one of the massacres in which, according to the NGO, “authorities failed to respond adequately or in a timely manner to prevent or prevent the killings, assist relatives of victims, and investigate the crimes“.

“These acts of violence are an alarming reminder of the serious shortcomings that exist in Ecuador to effectively control prisons and protect the lives and safety of Ecuadorians,” said Tamara Taraciuk Broner, acting director for the Americas at HRW.

According to the acting director for the Americas of HRW, “Unless President Guillermo Lasso prioritizes reducing prison overcrowding and regaining control of prisons, these horrific bloodbaths are likely to continue.not”.

The study was based on a prison riot at the CPL Guayas No. 1 Deprivation of Liberty Center, known as “Littoral Penitentiary“, which occurred in mid-November last year and caused more than 63 deaths, while there were more than 7,000 detainees in this place, while its maximum capacity is 5,246.

The HRW report indicates that since 2021 there have been 7 massacres in prisons in different cities such as Guayaquil, Latacunga and Cuenca, leaving more than 350 dead and dozens injured. The most recent occurred on July 18 in a prison in Santo Domingo de los Colorados, with 12 inmates murdered.

The study assured that prisons in Ecuador are often “controlled by criminal organizations that extort” detainees and their families, including detainees in “pretrial detention”, for investigative purposes or for minor crimes. .

The study is supported by interviews with dozens of detainees and their family members, official and social media information gathering, and comments from security experts, prosecutors and law enforcement officials. Office of the Ombudsman.

However, HRW regretted that the police and the National Service for the Comprehensive Care of Adults Deprived of Liberty and Adolescent Offenders (SNAI, the prison administration) did not respond to requests for information from the international organization.

The document also includes the government’s actions to deal with the prison crisis and recalls that President Lasso has repeatedly stated “states of exceptionin prisons, which involved the mobilization of the armed forces.

Lasso also adopted a “public policy” to improve the prison system and created a commission of experts to solve the problem.

Last June, the said commission concluded that prisons in Ecuador were “punishment warehousesand that overcrowding had aggravated violence in prisons, in addition to pointing the finger at situations of inhuman and degrading treatment and corruption on the part of the police and prison guards.

Moreover, as of mid-July, the authorities had not convicted anyone for their participation in the massacres that have occurred in prisons since 2021. By December, the prosecution had opened 26 investigations into “acts of violence”, including the massacres. .

HRW also warned that according to testimonies from relatives of the victims, no type of reparations, compensation or support from the government has been specified.

Under international law, “Ecuador has an obligation to ensure that all persons deprived of their liberty receive humane treatment and that their dignity is respected”, to provide “adequate food and health care, among other conditions basic,” he said.

Furthermore, HRW pointed out in its report that “Ecuador is required under international human rights law to promptly and thoroughly investigate all deaths in prisons“.