“Blacky” would have turned 95 today 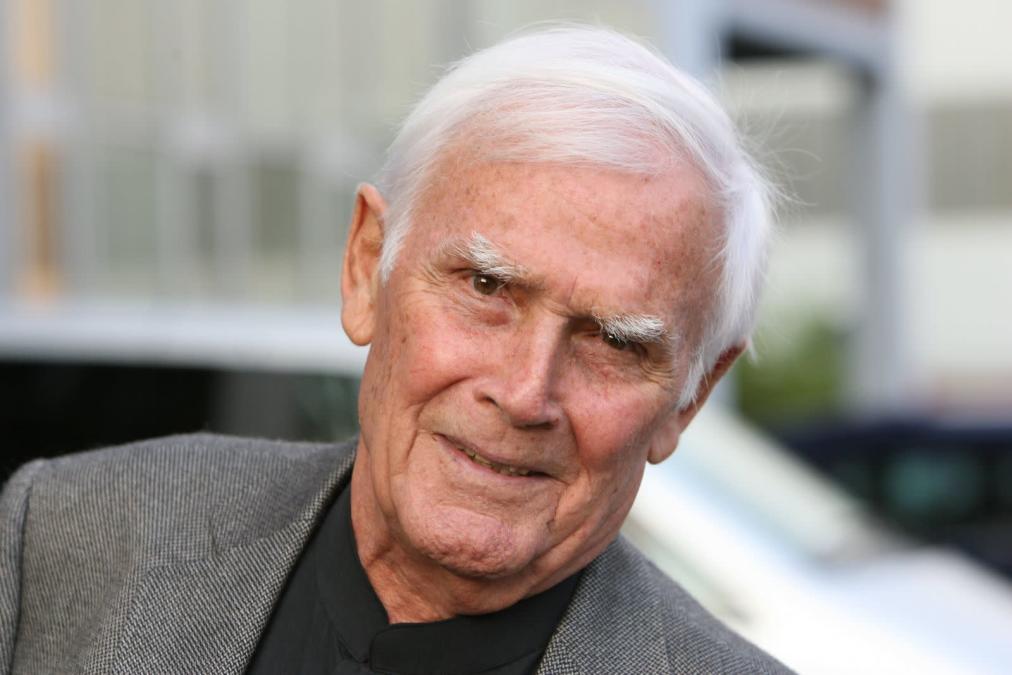 He didn’t want to be a star, and yet he was one of the greatest of his time: TV legend Joachim Fuchsberger would have turned 95 on March 11.

After September 11, 2014, all of Germany mourned the loss of one of the last great television legends. Joachim Fuchsberger died that day at the age of 87 in his home in Munich-Grünwald. On March 11, the unforgettable ‘Blacky’ would have turned 95. He was an artist with poise and character, a man who didn’t like the word “star” any more than many happenings in society.

“If I die, hand over the spoon, it’s over, it’s over, it’s over, thank you! What should I be afraid of?” -Joachim Fuchsberger spoke in an interview with the news agency a year before his death. tv show openly about his very personal view of the end of life. After all, she had met him more often than not, death. He was “an old confidant. To me he’s like Brandner Kaspar’s Boandlkramer, that makes it easier. It’s fun,” said the star, who published the autobiographical book “Getting Old Is Nothing for Cowards” (published in 2011). Gütersloh Publisher).

the value of family

Open and direct, that was always Blacky’s style. He “never kept his mouth shut” when asked what he thought of him, said the man who wrote the history of television with the Edgar Wallace movies and then as a talk show host. He moderated the talk show “Heut ‘Abend”, which was first broadcast between 1980 and 1991, and the ARD quiz show “Auf Los geht’s los”. Fuchsberger was a stadium announcer at the 1972 Munich Olympics, and in 2011 he received the television award for his life’s work: his natural style was well received. The Germans took “Blacky” to their hearts because they found him to be honest and approachable.

And because he was so confident and always reliable: When Germany became a television nation in the 1960s, 1970s and 1980s, Fuchsberger was always there, both as a TV star who provided entertainment and as a committed fellow citizen who, like a prominent personality with attitude, he always knew how to call things by their name.

He was not a classic intellectual, but someone who had his heart on his sleeve and spoke his mind. That’s how it was when he was young. “I couldn’t avoid the army and war, but I went my own way and always said: It’s me! If I thought something was fundamentally wrong, I didn’t, like Private Asch in my first major film role.” .” In “08/15,” a 1954 German feature film, Fuchsberger got a chance to work on a few things.

At the front he had “experienced unimaginable atrocities, hand-to-hand combat, Stalin’s organs, bombs, everything,” Fuchsberger said. “But I only lost faith in a field service on the Eastern Front, when the soldiers were blessed for the next attack and I realized that exactly the same thing is happening on the other side. I thought to myself: there are soldiers of fighting armies blessed by the same god to kill themselves, something is wrong”.

On the front lines, Fuchsberger recalled, many people drew strength from faith to persevere. “So I had to look for an alternative. That was family, I could believe in that. Later, I always put my family ahead of my work. Whenever I shot anywhere in the world, it was always a requirement that I could carry to my family with me, in the Amazon or deep in Africa. If that didn’t work, I canceled. Either my family goes with me or I stay there, the phrase was famous.”

learn to be grateful

The last great theme of the self-confessed agnostic: dealing with old age. He is “isolated, removed from institutions, kept out of society,” Blacky complained. tv show-Interview. And though his voice was cracking, his words still brimmed with energy.

In Wolfgang Murnberger’s incredibly aggressive comedy sequel “The Late Starter 2 – Heaven Should Wait”, which was broadcast in October 2013 in the first, he again played a major role, an appearance that went well with these words. “The elderly live at home and are overtreated there, even with pureed food. They feel like children who are no longer trusted to make their own decisions.” In this country, she missed the respect with which older people are treated in southern countries. “Over there, the elderly are still part of the family. But here we no longer talk about that when we talk about family policy, it’s just about nursery places and how everything is going to be financed. In southern Europe, grandparents take care of the little ones, when the parents can’t be at home.”

In old age, however, he no longer wanted to become too political. “I’m about to end the world today, what do I want with tomorrow?” Fuchsberger laughed in his typical humorous way in 2013. “I don’t let those things ruin my relatively short retirement. I used to. want to argue as much as possible, but at my age I don’t have to do that anymore.

Blacky preferred to concentrate on his home, on his marriage with what he always said was a “wonderful wife” Gundel. In 2010, the Fuchsberger couple had to deal with a blow of fate: their son Thomas died in an accident at the age of 53. He had fallen into a stream in Kulmbach (Upper Franconia) due to his diabetes and drowned. Blacky’s health deteriorated after that, although she was defiant about her age and she did not indulge in any public complaints. “The most important thing is that you are not constantly thinking about what you can no longer do, but that you learn to be grateful for everything you can still do. And then that has to be activated, used and trained,” she said in 2013.

In the video: Declaration of love live on TV – meteorologist receives marriage proposal