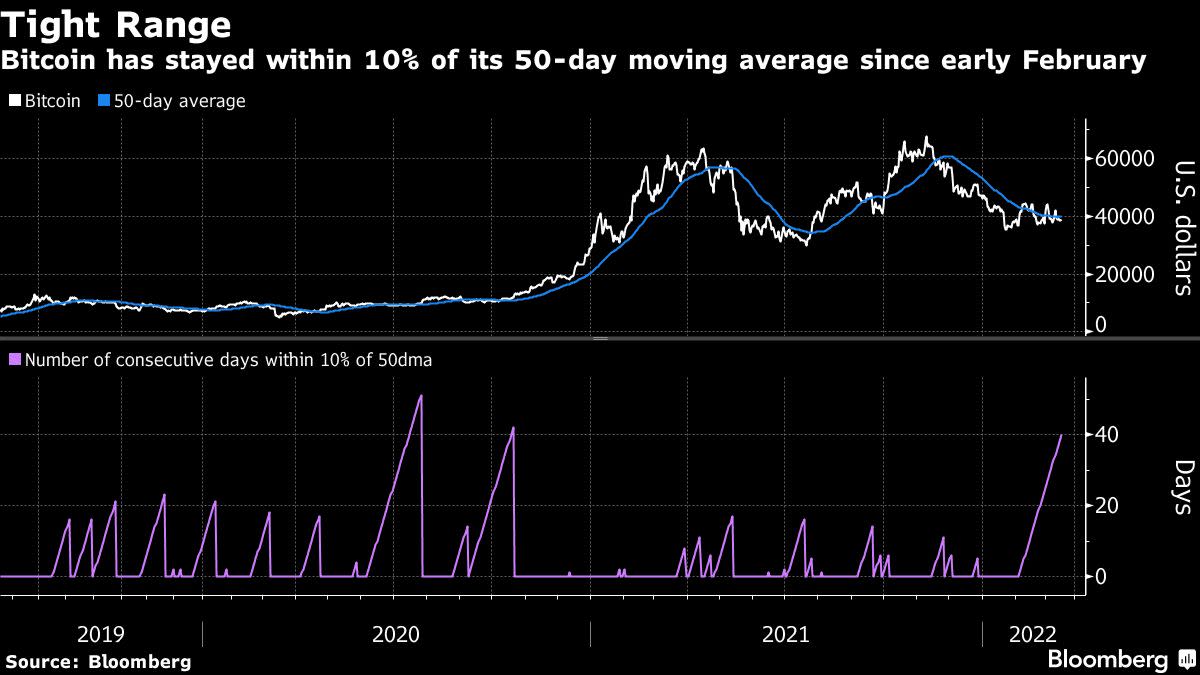 (Bloomberg) — Michael Novogratz, the billionaire cryptocurrency investor who runs Galaxy Digital Holdings Ltd., said Bitcoin is likely to continue to trade in a range this year as the Federal Reserve raises interest rates.

“I don’t think bitcoin can go aggressively higher until we get a break,” Novogratz said during a television interview on Bloomberg Crypto. Novogratz said he had previously projected a 2022 range of $30,000 to $50,000 for bitcoin, which traded little changed around $39,200 in New York on Tuesday.

The largest digital asset by market value rose to a record last year along with other risky assets due to the Fed’s pandemic-related liquidity, Novogratz said. Now, with the Fed at a point of resistance, investors are reassessing the risk, along with the fallout from the war between Russia and Ukraine, he said.

“Bitcoin is a narrative story, it’s bringing people into the community,” Novogratz said. “It’s hard to attract new people when your house is on fire.”

With the war in Ukraine contributing to market volatility, Novogratz said there is “zero chance” the Russian government could use cryptocurrency to circumvent sanctions, something some lawmakers have raised concerns about.

Novogratz also called for the New York BitLicense, required for crypto businesses in the state, to be cancelled.

“We have to get rid of BitLicense,” he said. “It is very difficult to do business in New York State” because of the requirement.