Birth in a basement… Bombing besieges ‘surrogate wombs’ in Ukraine 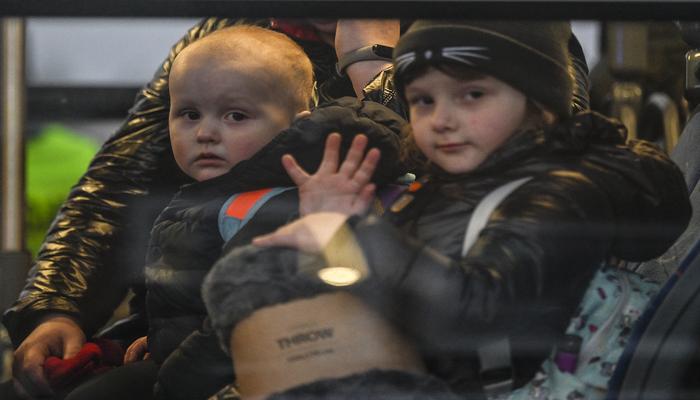 The lava from the Russian war against Ukraine affects the “surrogate wombs”, forcing them to hide in a basement that these women take as a safe place to give birth under the bombing.

According to the American network “CNN”, the surrogacy center “Bio-Texcom Reproduction” in kyiv was transferred to a concrete bunker in the first days of the Russian attack about three weeks ago; To protect babies from any fire.

But about nine miles from Irpen, a suburb that has become the target of the Russian attack, the place is still not safe; This makes it difficult for parents, who are in countries like Canada, Italy and China, to get their children back.

On Monday morning, a 30-year-old surrogate mother arrived at the makeshift clinic with the child she had given birth to in hospital a week earlier. She couldn’t hold back her tears as she handed the boy Lawrence over to the clinic staff.

Surrogate mother Victoria, who preferred to use only her first name, said: “It is more difficult because he is in a place that is being bombed. When will his parents be able to take him away for this? It is very difficult.”

A staff member transferred Victoria from the maternity hospital to the surrogacy center, where he drove at around 100 miles per hour through the city to try to reduce his chances of being hit by rockets.

As Victoria entered the building, hugging the baby, she said she could hear the sounds of Ukrainian anti-aircraft fire from afar.

Once in the bunker, there were three more loud explosions, one of which came from a Russian missile less than a mile away. Surveillance footage posted on social media showed a man walking down the road near where the intercepted missile landed. No one is believed to have been killed in the blast.

Lawrence’s biological parents live abroad, but it was unclear when they might have their son.

“They say they’re coming,” Victoria said, “but it’s very difficult to do the paperwork right now. How long it will take, no one knows.”

Victoria said she updated Lawrence’s parents with all the progress “up to the last minute” before handing the baby over to the surrogacy center, saying, “I hope we stay in touch, because (the situation) is very difficult.” 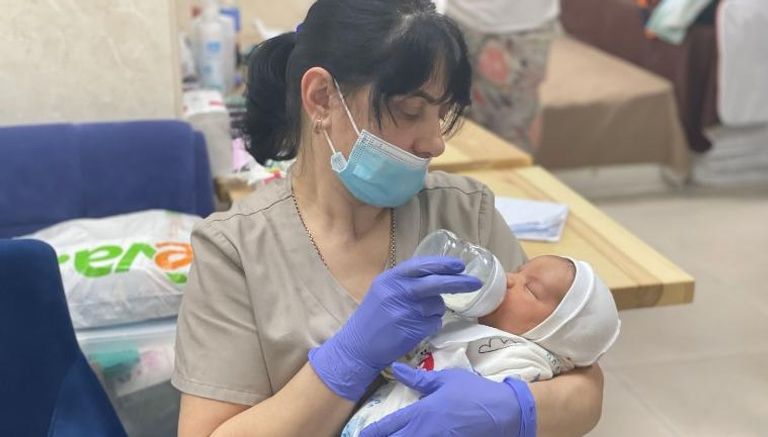 Many countries around the world have strict rules on the practice of surrogacy, and some couples struggling to have a child naturally have turned to Ukraine in recent years, where commercial surrogacy is not prohibited and its clinics offer competitive prices in comparison with other countries.

Ihor Pechinuga, a doctor who helps run the surrogacy center, said women earn between $17,500 and $25,000 to become surrogate mothers.

Victoria wanted to put the money down as a deposit for her family’s home, which she had struggled to save since the birth of her daughter. But her daughter, now 13, left Ukraine for Bulgaria when the war started.

But after being hospitalized for most of her pregnancy with Lawrence with complications, and facing what she describes as the trauma of abandoning a child she now feels connected to, Victoria said she would never do it again.

The center suspended the program due to the war, as it focuses on supporting women who are now pregnant and getting the babies out of the country safely.

While the clinic is able to transport the babies to safer areas in western Ukraine, parents must still receive their children inside the country for legal reasons, and some are afraid to cross the border.