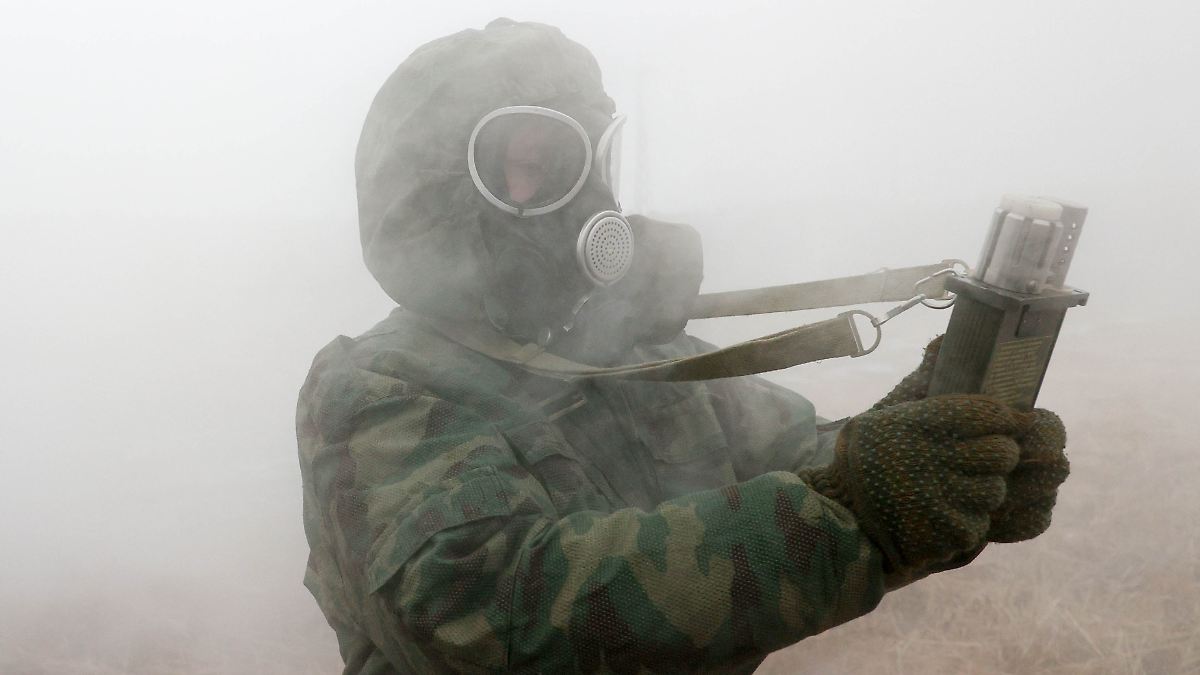 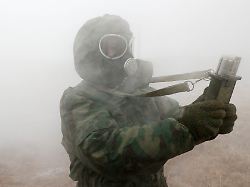 Russia accuses Ukraine of developing biological weapons on behalf of the United States. The accusation quickly turns out to be false, but the US government is alarmed: it would not be the first time that Moscow has used such a maneuver and planned its own operations.

“It’s all an obvious Russian ruse,” Jen Psaki warned on Twitter. US President Joe Biden’s spokeswoman says Russia has accused Ukraine of developing chemical or biological weapons on behalf of the US government. The Russian Foreign Ministry also wrote on Twitter about evidence found that Kiev is “removing traces of the Pentagon-funded military-biological program in Ukraine.” The US government has called the accusations “ridiculous.” In fact, the international journal of nuclear scientists has refuted them long ago. The United Nations also refers to disinformation. UN spokesman Stephane Dujarric said in New York that the World Health Organization was “not aware of any activity by the Ukrainian government that conflicts with its international treaty obligations, including chemical or biological weapons.”

It sounds like classic Russian war propaganda hardly worth spreading or discussing. However, this accusation from Moscow alarmed the US government and the British secret service. They see it as a strategic pretext for the Kremlin to “justify another unwarranted attack on Ukraine.”

The US government assumes this trick because it would not be the first time that Moscow uses it. Also in previous conflicts, Russia implemented exactly what it had previously accused its opponent of doing. During the Syrian war, Moscow repeatedly accused anti-Assad groups of using chemical weapons such as chlorine gas against the Syrian regime and the civilian population.

However, the Organization for the Prohibition of Chemical Weapons (OPCW) concluded that it was Moscow’s ally, the Bashar al-Assad regime, that was behind several high-profile attacks with unconventional weapons. The Independent International Commission of Inquiry established by the UN Human Rights Council also documented more than 30 chemical attacks between 2013 and the end of 2017, of which at least 25 were traced back to the Russian-backed Syrian army.

However, Moscow has repeatedly denied the use of chemical weapons by the Syrian regime. Similar to the accusation of US biological weapons plans in Ukraine, the Kremlin also accused the West during the Syrian war. Russian state media have claimed that the West is staging chemical attacks to make Moscow look bad. The Russian channel “Russia 1” showed scenes of the “Revolution Man” shooting and claimed that it was footage from the staging of the chlorine gas attack on the Syrian Duma, which killed around 40 people in 2018.

A former NATO officer told The Guardian that Russian President Vladimir Putin has experience with such accusations that he can now use in Ukraine. “He also learned that heavy explosives can win victory in the Western media spotlight. And since he is extremely effective at controlling his own population, he has little to fear at home.”

Charles Lister, head of the Syria and counterterrorism program at the Middle East Institute in Washington DC, also assumes in “The Guardian” that Putin “definitely learned and used some tactics” in Syria. This also includes the assumption by the Russian head of government that something like the use of chemical weapons is possible with impunity. “He has learned not to stick to international borders,” Lister was quoted as saying by the newspaper.

Use of chemical weapons against Navalny and Skripal

In principle, the use of chemical weapons constitutes a war crime: the development, manufacture, stockpiling and use of these weapons of mass destruction are prohibited by an international treaty, the Chemical Weapons Convention. It was signed by 193 countries, including Russia, Ukraine and the United States. However, the Assad regime was not condemned even in cases where the OPCW and the United Nations concluded that it had been shown to use poison gas: Russia voted against it with its veto in the Security Council. from the ONU.

The Kremlin has a “long and well-documented history of using chemical weapons,” Biden spokeswoman Psaki wrote in her recent warning on Twitter. A chemical weapon was also used against opposition politician Alexei Navalny: the Kremlin critic was poisoned with a chemical nerve agent from the Novichok group. The same fate befell former Russian intelligence officer Sergei Skripal. While Britain blames the Russian secret service for the attack, Moscow denies any responsibility. Instead, the theory is being spread that the West or the Ukraine are behind the crime.

The tactic of mirroring one’s own accusations has a long tradition in Moscow. “Russia accuses the West of exactly the same violations that it commits itself,” says Psaki, summarizing Russia’s actions in recent years. Insinuating that Ukraine and the US have a biological weapons plan is a ploy to further escalate the war. Recently, the Defense Ministry accused Ukrainian biological laboratories of helping to spread “particularly dangerous infections”, the Russian news agency Ria reported. “US-funded biological laboratories in Ukraine have been experimenting with the coronavirus on bats,” the news site quoted Russian Defense Ministry spokesman Igor Konashenkov as saying.

In return, US Secretary of State Victoria Nuland has already warned that Russian troops could occupy biological research facilities in Ukraine. The US government “is working with the Ukrainians to prevent these research materials from falling into the hands of Russian forces,” she told a US Senate hearing.

Nor can it be ruled out that Moscow sends its own weapons of mass destruction to the neighboring country. Now that Russia has made these false claims about Ukraine’s alleged biological weapons, Paski said, “we should expect Russia itself to use chemical or biological weapons in Ukraine.” One must also expect Russian troops to enforce such use of false flag weapons of mass destruction on Ukraine. Russia follows “a clear pattern of behavior.”