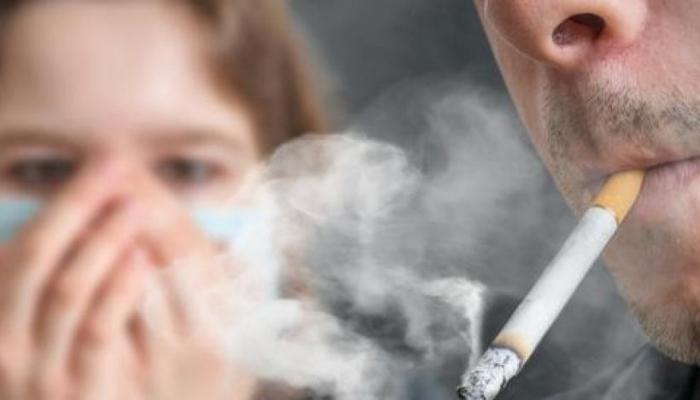 International doctors said that the bill for the financial burden of smoking-related diseases around the world has become frightening, and digitally the bill solves the debt payment crisis of 70 countries.

They added during the “Public Health Medical Conference” in Greece in cooperation with the SCHORE Association “an international scientific association of independent experts in tobacco control and harm reduction” that aims to open a constructive dialogue to help reach a new approach to the fight against smoking. smoking policies around the world.

And Andrzej Fall, president of the Polish Public Health Association, revealed; Head of the Department of Allergy, Pulmonology, and Internal Medicine, and Director of the Institute of Medical Sciences in Warsaw, Poland, that the financial burden of smoking-related illnesses is estimated to be around $100 billion worldwide, and that although cigarette taxes in Poland make up 80% of the price of cigarettes, the That did not solve the problem.

According to figures from the International Monetary Fund, this amount resolves the crisis of more than 70 heavily indebted developing countries, with payments exceeding $35 billion due in 2022 in favor of creditors, out of a debt of $7.8 trillion.

Val pointed to the need for different tax law between traditional cigarettes and alternative products, as applying the same tax law to products that help those who cannot quit to reduce harm or give another chance to quit will not it’s the right way,

He stressed that if taxes on innovative products are reduced, it will create opportunities for more smokers to switch to less harmful products, and that decision makers need to know that we lose a lot of money every year if we sell harmful products and lose much more than we gain. in taxes.

A new vision of public health

Participating physicians made recommendations that emerged within the scientific discussion session, which was titled “A New Vision of Public Health” and was broadcast on the official website of the SCOHRE Association, where Dr. United is taking a new approach based on in the idea of ​​harm reduction, within a strategy that uses medicine and social policy to reduce harm to people or society as a result of certain behaviors or dangerous practices that cannot be completely avoided or prevented.

Richter explained that Japan, after being a country with a very high smoking rate, now has fewer smokers, as a result of the increase in new tobacco products on the market there.

Karl Fagerstrom, Professor Emeritus; The president of Fagerström Consulting, Sweden, and a founding member of SCOHRE emphasized that nicotine is not the most harmful substance. Explaining that the burning process of tobacco produces 6,000 chemicals, adding: “Nicotine does not appear to cause respiratory diseases or cancers and does not increase the prevalence of cardiovascular disease, noting that the number of hospitalizations in Japan for chronic obstructive pulmonary disease or other diseases Cardiovascular has been declining since around 2015, likely as a result of the introduction of heated tobacco rather than burning products in the Japanese market.”