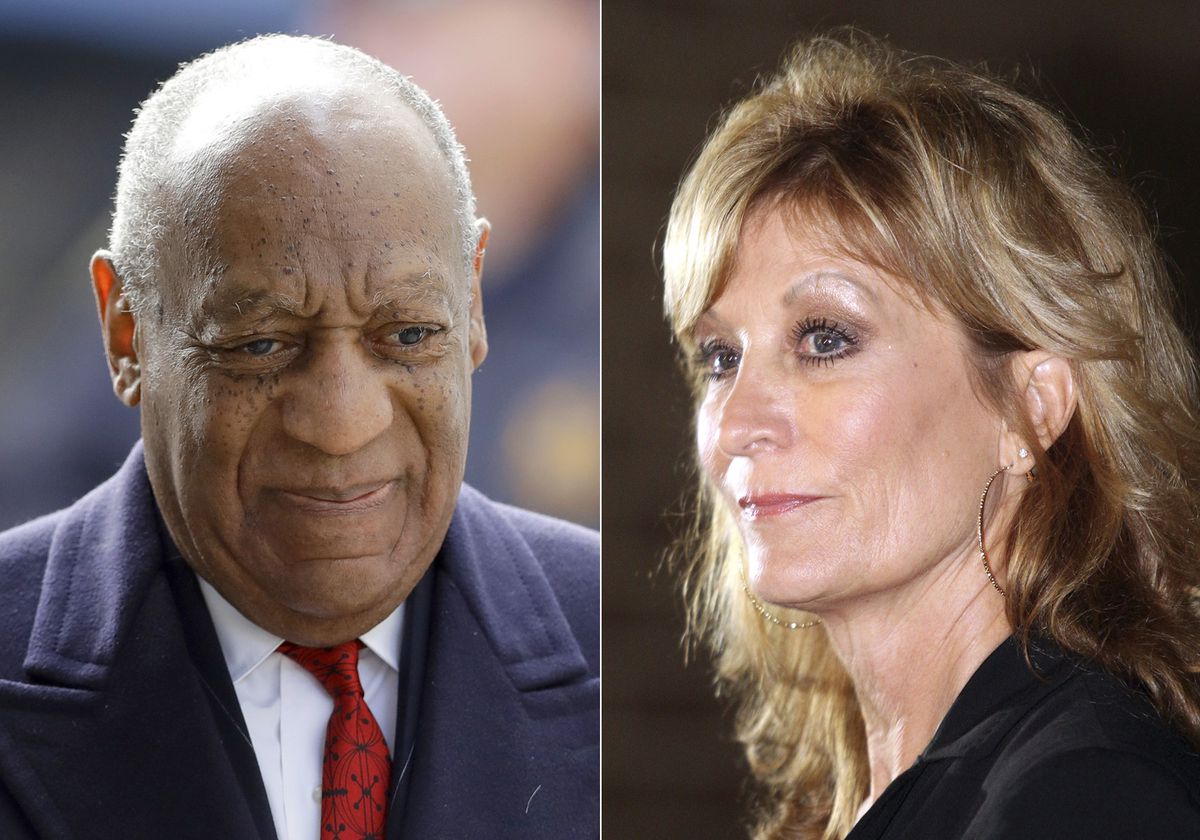 New legal setback for Bill Cosby. A Los Angeles jury found comedian sexually assaulted Judy Huth in 1975 at the age of 16. The attack happened at a party at the Playboy Mansion, Hugh Hefner’s home, a place that has become the scene of controversy and numerous sexual harassment complaints in recent years. The comedian, who turns 85 in July, must pay his victim half a million dollars in this new civil lawsuit, further tarnishing the reputation of one of the great African American actors. Cosby’s defense has said it will appeal the decision and has stated that it does not consider this a new setback as his client will not pay any amount in damages.

“I feel confirmed, it’s a big step for all victims,” ​​said 64-year-old Huth this afternoon. His legal battle against one of television’s big names began seven years ago. He filed his lawsuit in 2014 when several women began suing Cosby for drugging and raping them. Huth claims to have relived the trauma when her son turned 15, the age she thought she was when the comedian invited her to a party in April 1975 and locked her in a room around his penis to show and force her to perform oral sex.

Cosby has denied this allegation since 2015, when he testified in the case. On this occasion he claimed health problems to avoid going through a court again. The sex offender regained his freedom last year after the Pennsylvania Supreme Court vacated his conviction for a failure of due process. His insurance company agreed to compensate many of the women who reported him.

“All of you know that Mr. Cosby sexually abused Mrs. Huth,” said the victim’s attorney, Nathan Goldberg. The jury, made up of nine women and three men, seemed to agree. After two days of deliberations, a verdict was reached last Friday. But a personal problem of a jury member forced a new deliberation this Monday.

The defense strategy focused on challenging the facts of what happened nearly 50 years ago. Cosby’s attorneys repeatedly tried to challenge Huth’s account over a series of false statements that the victim made on her account. In his first statement, he stated that the attack took place in 1974 when he was 15 years old. Then he corrected. At another point, Huth told police that he played the Donkey Kong video game before going to the party. This, Cosby’s lawyers let him know, would not be published until six years later.

Key in the process was Donna Samuelson, the girlfriend who accompanied Huth to the party at the Playboy mansion. She snapped multiple photos of the venue and the comedian, which weighed on the judges, who saw irrefutable evidence the comedian and the teen were dating.

Judy Huth said she met Cosby at a park that was used as a filming location for the tape let’s do this again, in which the comedian starred alongside Sidney Poitier. “Bill Cosby was a celebrity back then, a star,” Golberg said at the trial’s opening session. “Back then, Judy was just a high school student. Was 16 years old. The chances of those worlds meeting were slim,” he added.

Cosby and Huth met again. He offered the small booze as part of a “game”. He then took her to the party, where he locked her in the room next to a game room in the Hefner residence. The defense admitted in the photo that the encounter took place, but assured that there was no abuse. They also attempted to argue that Huth was 18 years old.

This new verdict adds to an avalanche of allegations against Cosby, one of the protagonists of the #MeToo movement. the star of The Bill Cosby Show Y cosby faced charges from 60 women who claimed to have been his victims in various episodes that took place between 1960 and 2000. The stories said that the actor capitalized on his image of a family man that he had developed in the TV series.

As of this Tuesday, only the appeal of Andrea Constand, a basketball team administrator at Temple University, Philadelphia, an institution where Cosby was a patron, had been successful. The former basketball player claimed the comedian gave her three blue pills to numb her in 2004 and then penetrated them with his fingers. Cosby had admitted under oath that he bought drugs to give to women so he could have sex with them. The actor assured that the sexual relations were consensual.

The comedian was sentenced to up to 10 years in prison for raping Constand in 2018. He was in a cell for almost three years. His conviction was overturned by the Pennsylvania Supreme Court, which argued that a district attorney had reached an agreement with the sex offender not to prosecute him.

- Advertisement -
Share
Facebook
Twitter
Pinterest
WhatsApp
Previous articleThe price of rental housing rose 5.9% year-on-year in May, according to Fotocasa
Next articleGrande-Marlaska guarantees the “necessary measures” for the fires in Navarra in the face of Bildu’s complaints