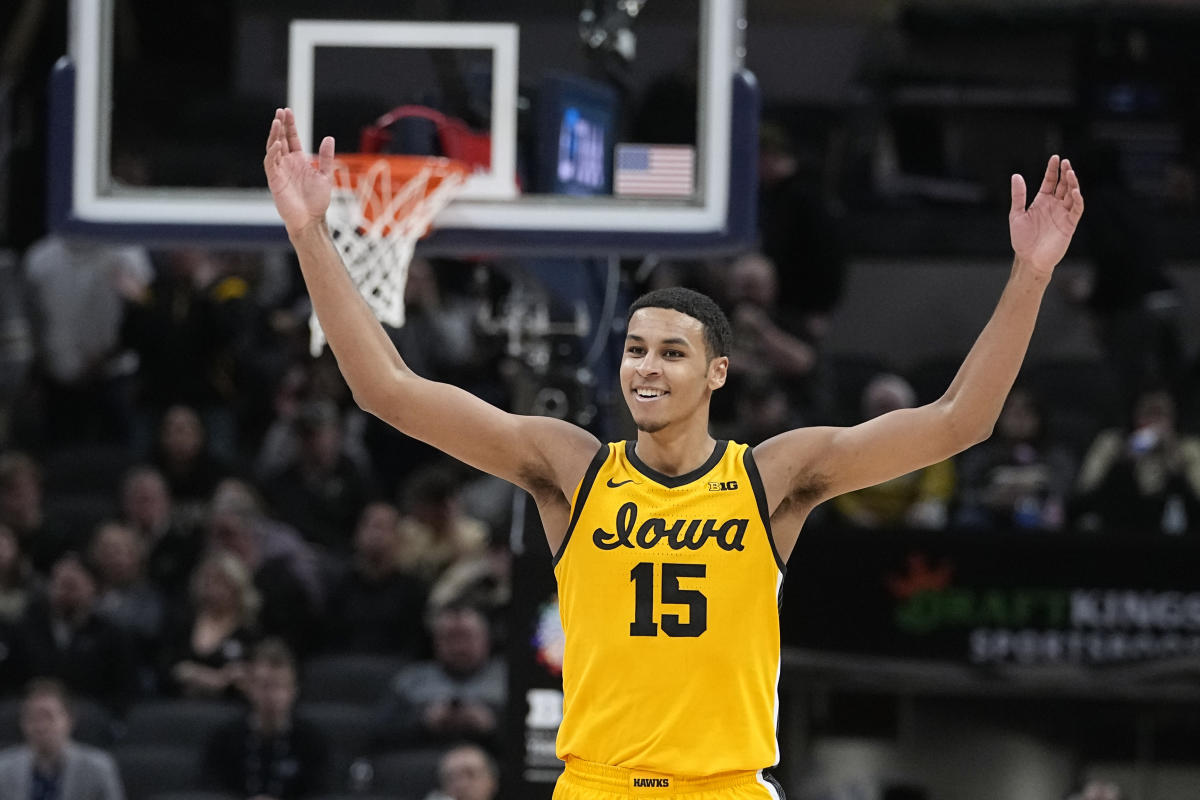 Keegan Murray has given Iowa an Associated Press first-team All-American for the third straight year, and Kofi Cockburn has done it two in a row for Illinois, which isn’t bad for a pair of programs that haven’t had many of them.

The Fighting Illini never had a first team selection until Ayo Dosunmu did last season when Cockburn was voted into the second team. And the Hawkeyes hadn’t had a first-team selection since the 1952 season until Luka Garza, last year’s AP Player of the Year, made his second straight appearance on the five-man team.

“I had to learn from a lot of guys last year what it takes to be great at this level,” said Murray, a second-year guard from Cedar Rapids, Iowa, who is fourth in the nation to score at 23.6 points per game. . in the NCAA Tournament.

“I mean, it’s like everything was put together for me,” Murray added, “just all the hard work that we put in.”

The fifth-seeded Hawkeyes, who won the Big Ten Tournament title on Sunday, will open their NCAA tournament on Thursday against Richmond.

All first-team picks have their teams positioned to make a postseason run.

Cockburn, the bruised forward from Kingston, Jamaica, and fourth-seeded Fighting Illini play Chattanooga on Friday, the same day Davis and the third-seeded Badgers open against Colgate. Tshiebwe has Kentucky seeded second heading into Thursday’s game against Saint Peter’s. Agbaji and the top-seeded Jayhawks open against one of the play-in teams.

Davis is the Badgers’ third first-team All-American, joining Alando Tucker in 2007 and Frank Kaminsky in 2015, while Tshiebwe is the first for Kentucky since Tyler Ulis in 2016. Agbaji gives the Jayhawks a first-team pick. team for the third time. in six years after Frank Mason in 2017 and Devonte Graham in 2018.

Like Murray with the Hawkeyes, Agbaji already has some experience cutting nets this season.

The Big 12 Player of the Year led Kansas to beat Texas Tech in the conference title game, adding tournament MVP honors to a growing collection of hardware Agbaji has earned during his senior season.

Gonzaga’s Drew Timme led the AP Second Team for the second year in a row and was joined by fellow freshman Chet Holmgren. Purdue’s Jaden Ivey gave the Big 10 another All-American, while likely No. 1 draft pick Auburn’s Jabari Smith and Arizona’s Benedict Mathurin rounded out the second team.

The Bulldogs, who are the No. 1 seed in the NCAA Tournament for the second straight season, also had two second-team selections last year in Timme and Jalen Suggs. Another teammate, Corey Kispert, was a member of the first team last year.

Duke’s Paolo Banchero was the only ACC player chosen to one of the top three teams, while the Blue Devils were the only team from the acclaimed basketball conference to make the final top 25 poll this season. Banchero will also be the latest All-American in a long line who played for retired Blue Devils coach Mike Krzyzewski.

Banchero was joined on the third team by Villanova’s Collin Gillespie and Ohio State’s EJ Liddell, who were honorable mention selections last season, and Auburn’s Walker Kessler. Baylor’s James Akinjo and Arkansas’ JD Notae tied for last place on the third team, with six members instead of five.