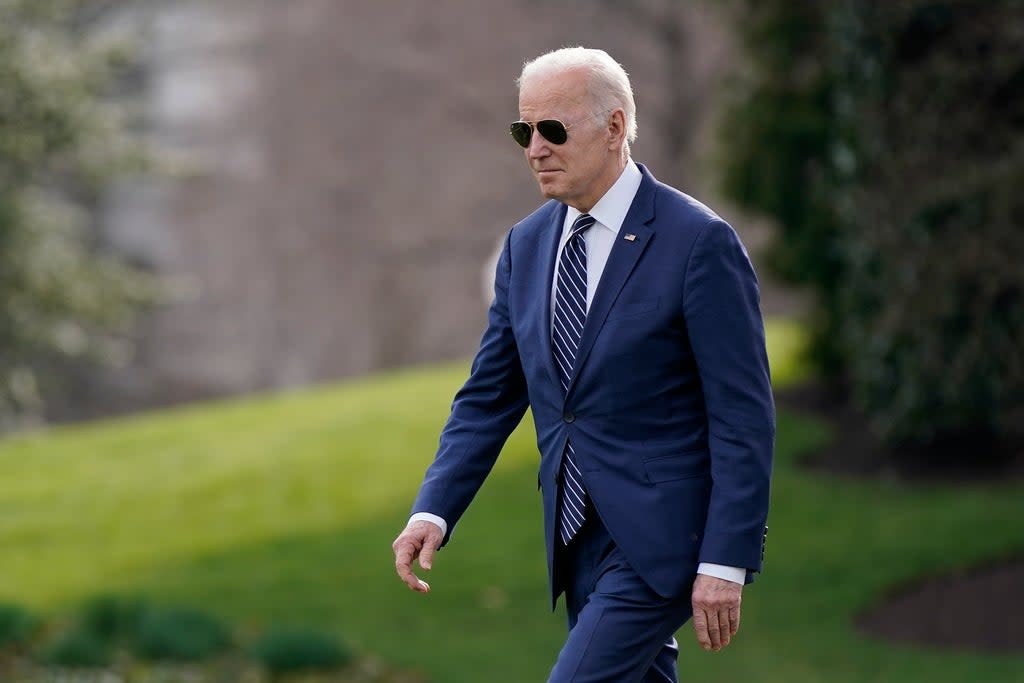 US President Joe Biden will travel to Poland during his tour of Europe to discuss international efforts to support Ukraine and impose “severe and unprecedented costs” on Russia for its invasion, press secretary Jen Psaki said in a statement. release.

Biden will hold a bilateral meeting on March 25 with President Andrzej Duda to discuss how the United States, along with its allies and partners, is responding to the humanitarian crisis that Russia’s war against Ukraine has created.

The visit will follow his meetings in Brussels, Belgium, with US NATO allies, G7 leaders and European Union leaders, the White House said.

The talks come amid a dire warning from Ukraine’s President Volodymyr Zelensky of a “third world war” if talks with Vladimir Putin, his Russian counterpart, fail to lead to peace.

“If these attempts fail, that would mean… a third world war,” he told CNN via video link on Sunday. Russia has demanded that Ukrainians lay down their arms and raise white flags on Monday in exchange for safe passage out of the city, an offer Ukraine angrily rejected.

The offer came hours after authorities said Russian forces had bombed an art school housing some 400 people, as Russia continued to shell the defeated city of Mariupol. Mariupol residents had until 5 a.m. Monday to respond to the offer.

Biden’s trip to Brussels, Belgium is scheduled for March 23, followed by a NATO Summit to discuss “continued deterrence and defense efforts in response to Russia’s unprovoked and unwarranted attack on Ukraine.”

“The President will reaffirm our unwavering commitment to our NATO allies and to defending every inch of NATO territory,” the White House said.

Poland is a crucial ally in the Ukraine crisis. It is sheltering thousands of US troops and hosting more people fleeing war in Ukraine (more than 2 million) than any other nation amid Europe’s biggest refugee crisis in decades.

White House officials have said that Biden has no plans to travel to Ukraine. Secretary of State Antony Blinken, while in Poland this month, briefly crossed into neighboring Ukraine in a show of solidarity with that country’s Foreign Minister Dmytro Kuleba.

Poland has been one of the most vocal countries in asking its fellow NATO members to consider getting more involved to stop the bloodshed.

The Pentagon on March 9 rejected a Polish proposal to provide Ukraine with MiG fighter jets through a NATO airbase, saying allies’ efforts against the Russian invasion should focus on more useful weaponry and that the transfer of MiGs with a US-NATO connection would be “high risk” of escalating war.

The Independent has a proud history of campaigning for the rights of the most vulnerable, first running our Welcome Refugees campaign during the war in Syria in 2015. Now, as we renew our campaign and launch this petition in the wake of the development of the Ukrainian conflict crisis, we call on the government to go further and faster to ensure that aid is delivered. To find out more about our Welcome Refugees campaign, Click here. To sign the petition Click here. If you want to donate, please Click here for our GoFundMe page