Biden: Putin must not remain in power 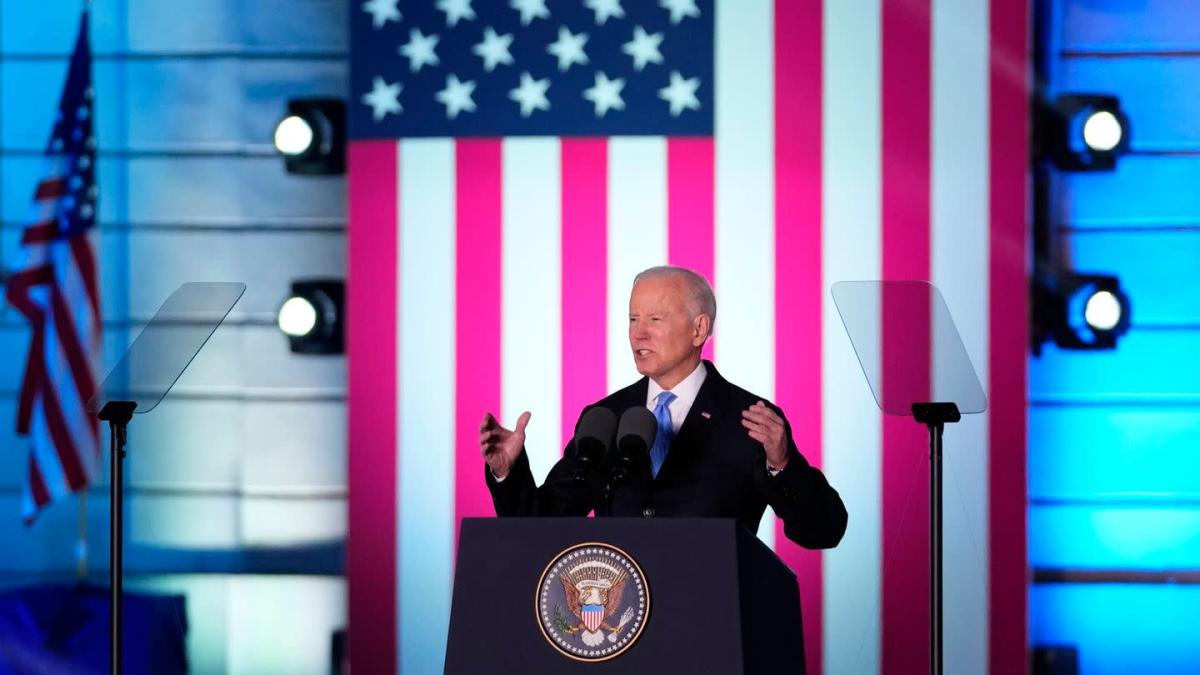 Warsaw (dpa) – According to US President Joe Biden, Russian Head of State Vladimir Putin should no longer be in office. “For God’s sake, this man cannot stay in power,” Biden said in Warsaw on Saturday, without explicitly mentioning the Russian president by name at this point.

However, in his speech at the end of a two-day visit to Poland, Biden mentioned Putin several times by name, sometimes simply referring to him as a “dictator” or “tyrant.”

In the immediate aftermath of Biden’s speech, a senior White House official took pains to emphasize that the president’s statement did not directly call for Putin’s ouster. “The president’s message was that Putin should not be allowed to have power over his neighbors or the region. He did not talk about Putin’s power in Russia or the overthrow of the government,” he said.

With Russia’s war of aggression in Ukraine, Putin made a strategic mistake, Biden said. “A dictator who wants to rebuild an empire can never extinguish people’s love of freedom,” Biden said. In Ukraine, Putin will “never” achieve a victory, he stressed.

US President: NATO assistance is a “sacred obligation”

Biden used urgent words to warn of an attack on NATO territory. “Don’t even think about taking action against an inch of NATO territory,” Biden said. The United States and its NATO partners have a “sacred obligation” to defend alliance territory with the combined might of all members, Biden said.

Biden said that Putin miscalculated the war of aggression in Ukraine. NATO and the West are now “closer” than ever. Russia wanted fewer NATO soldiers in Eastern Europe, now there are more, he said. The US military alone now has more than 100,000 soldiers in Europe.

Biden pledged the support of the United States to the people of Ukraine. “We are with you,” Biden said. Russia is trying to crush democracy at home and is also endangering neighboring countries. There is no justification for Russia’s brutal war of aggression in Ukraine, Biden said. Biden had previously met in Warsaw with Ukrainian refugees and two government ministers in kyiv.

«Great battle between democracy and autocracy»

The world is preparing for a long conflict over the future international order. It is a “great battle between democracy and autocracy, between freedom and oppression, between an order based on rules and one determined by brute force,” Biden said in a speech in Warsaw on Saturday night. “We have to be clear about this: this battle is not going to take place in days or months. We have to steel ourselves for a long fight.”

Biden condemned Kremlin chief Vladimir Putin’s description that Russia was “de-Nazizing” Ukraine. “That is a lie, that is just cynical and also obscene,” Biden said. Biden went on to say that Ukrainian President Volodymyr Zelenskyy was Jewish and that his father’s family was a victim of the Holocaust. “And Putin, like all autocrats, has the audacity to believe that power does good.”

Biden spoke at the Royal Castle in Warsaw a month after Russia’s war of aggression in neighboring Ukraine began. It is considered a symbol of the Polish capital, which was largely destroyed by Nazi Germany in World War II and later rebuilt.