Biden expected to meet NATO leaders in Brussels on Russia-Ukraine 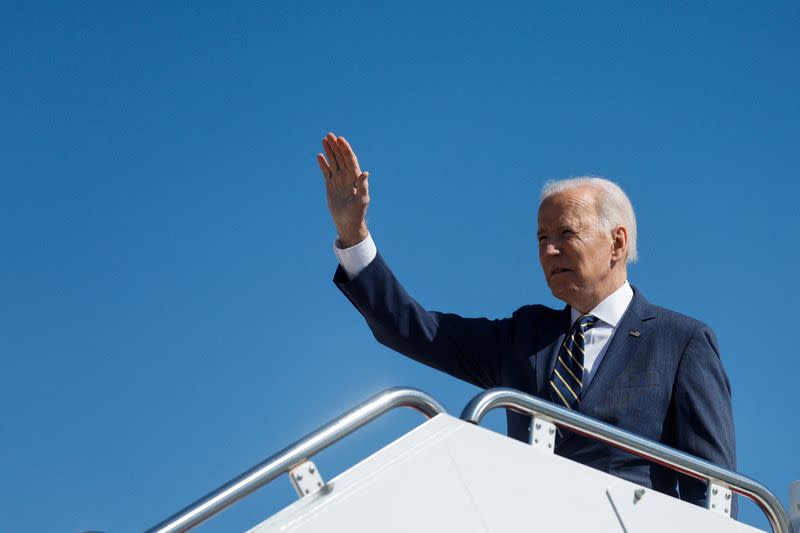 WASHINGTON (Reuters) – U.S. President Joe Biden is expected to travel to Brussels next week to meet NATO leaders to discuss Russia’s war in Ukraine, U.S. and foreign sources familiar with the matter said on Monday. situation.

The plan, which is still being finalized, calls for Biden to meet other NATO alliance leaders in Brussels on March 23, three of the sources said.

They warned that plans could still change given the rapidly evolving situation in Ukraine.

The meeting comes as Russian forces continue to intensify their attacks on Ukraine.

One source said Biden could also travel to NATO member Poland, where concerns are high after a Russian attack on a large Ukrainian base just miles from the border killed 35 people.

NATO members are concerned about being drawn into a military conflict with nuclear power Russia. Biden has repeatedly said the United States will not send forces to Ukraine, but instead will defend “every inch” of NATO territory.

White House spokeswoman Jen Psaki said the United States was highly engaged with its NATO partners and European allies, but there had been no final decision on a presidential trip.

Since Russia’s invasion of Ukraine began on February 24, the largest attack on a European state since World War II, the United States and its allies have coordinated sweeping sanctions against Moscow and President Vladimir Putin as punishment.