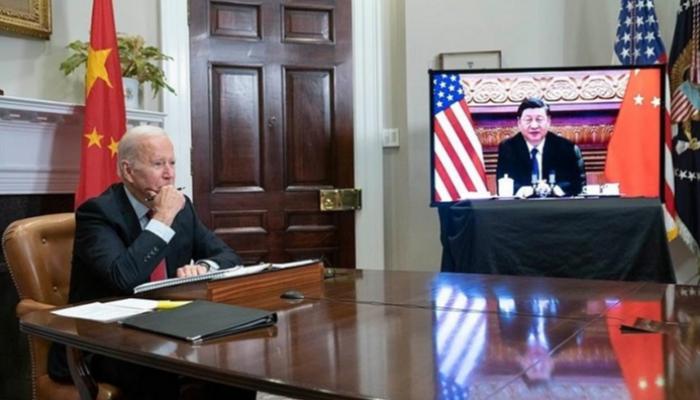 The White House confirmed Thursday that US President Joe Biden will hold a phone call with his Chinese counterpart Xi Jinping.

“President Biden and his Chinese counterpart will discuss the Russian attack on Ukraine by phone,” the White House said in a statement.

Earlier, the Chinese president called for “maximum restraint” in the Ukraine conflict, describing the crisis as “extremely worrying.”

In a statement issued by the Chinese Foreign Ministry, he stressed that “Beijing rejects sanctions in principle,” noting that it has “the right to protect its legitimate rights and interests.”

He considered that the Ukrainian conflict “is the result of the accumulation and intensification of European security contradictions over the years.”

The Chinese minister did not address US reports that Russia asked China for military and economic assistance after the start of the Ukraine war, which a Chinese Foreign Ministry spokesman described as “malicious” misinformation. from the United States.

It should be noted that China is Russia’s most important ally, but it is trying to maintain a neutral position in the Ukraine war.

And last week, the White House announced that US and Chinese officials had held “a substantive discussion on Russia’s war against Ukraine” in Rome.

The White House said in a brief statement that it stressed “the importance of keeping the channels of communication between the United States and China open” at a time when Washington is mounting pressure on Beijing, which has so far refrained from asking the Russian president. , Vladimir Putin. withdraw its forces from Ukraine.

- Advertisement -
Share
Facebook
Twitter
Pinterest
WhatsApp
Previous articleJoschka Fischer: Putin “wants all of Ukraine”
Next articleThe distribution of Ukrainian refugees in Germany is faltering, also because the states want more money from the federal government: these are their demands.