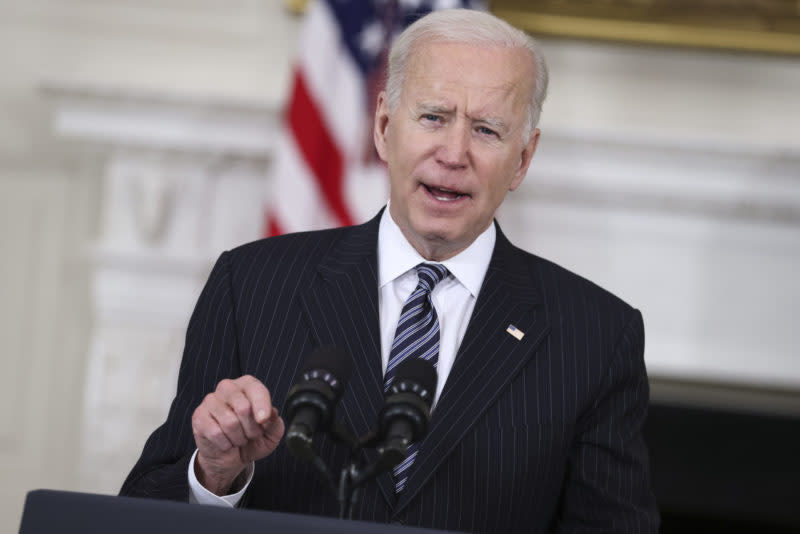 US President Joe Biden has publicly called Russian President Vladimir Putin a “war criminal” for the first time. A reporter asked Biden at an event on Wednesday afternoon (local time) if Putin was a war criminal. The president of the United States then declared that he considered the Russian president a war criminal.

The US government had previously avoided talking directly about Russian war crimes. When asked why Biden had now changed his choice of words, White House spokeswoman Jen Psaki said: “He spoke from the heart and based on what he saw on television, which are the barbaric actions of a brutal dictator through his invasion of a foreign country”. .”

In addition, Biden has announced more arms deliveries and military aid in the millions for Ukraine. The $800 million (€730 million) aid package includes anti-aircraft missiles, drones and thousands of anti-tank weapons, Biden announced in Washington on Wednesday.

The US government now also wants to send Stinger anti-aircraft missiles and Javelin anti-tank guided missiles to Ukraine, among other things. In addition, 100 tactical unmanned aerial vehicles, i.e. drones, 100 grenade launchers, 5,000 rifles, 1,000 pistols, 400 submachine guns and more than 20 million cartridges will be delivered. The United States would support Ukraine for as long as it takes, Biden said. With the help of the new anti-aircraft missiles, the Ukrainians could continue to “stop Russian planes and helicopters” and defend Ukrainian airspace.

The United States would also help Ukraine obtain longer-range anti-aircraft systems that can hit targets at higher altitudes, Biden promised. The US government has already promised $1.35 billion worth of military aid and arms supplies to Ukraine since Russia’s war of aggression began about three weeks ago.

Since the beginning of last year, US aid has totaled $2 billion. The US military has trained Ukrainian soldiers and provided them with modern equipment and weapons. These included Stinger anti-aircraft missiles and Javelin anti-tank guided missiles.

Before Biden’s appearance, Ukrainian President Zelenskyi made a strong statement to the US Congress via video. “Russia has turned the Ukrainian skies into a source of death for thousands of people,” he said. There must be new sanctions against Russia every week, while Ukraine urgently needs more weapons and a no-fly zone. “Now, in the darkest time for our country and for all of Europe, I urge you to do more,” he said, according to an English translation.

In his appeal, Zelenskyj again called for a no-fly zone over Ukraine. This would make it more difficult for the Russian Air Force to attack targets in the Ukraine. However, the application of a no-fly zone by the US or the NATO defense alliance is currently ruled out. Biden and others have repeatedly warned that such a move could lead to a direct confrontation between NATO forces and the Russian military, potentially escalating the war. For this reason, Biden had also rejected Poland’s proposal to deliver MiG-29 fighter jets to Ukraine.

Selenskyj was now more successful in his demands for more arms deliveries. Biden thanked the Ukrainian president for his “impassioned message” when he appeared before the US Congress.