Biden at the Ukraine border a month after the Russian attack 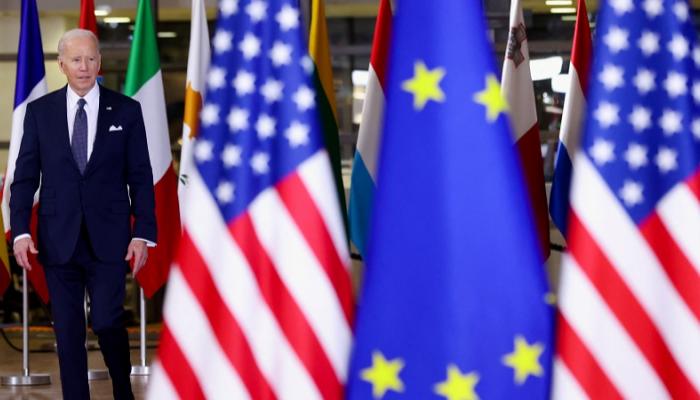 Today, US President Joe Biden arrives in Poland, a few kilometers closer to the Ukrainian border, a month after the Russian attack.

The White House announced that President Joe Biden will visit the Polish city of Rzeszow, 80 km from the border with Ukraine, in a move that comes at a time when he seeks to highlight the firm position of the West against the Russian advance in Ukraine.

The US presidency said in a statement that Biden, who will arrive in the Polish city from Brussels, the first leg of his European tour, will be received in Rzesso by his Polish counterpart Andrzej Duda.

Biden will be briefed on the progress of relief operations for refugees fleeing the war in Ukraine and will also meet with US military personnel deployed to NATO’s eastern flank.

And US President Joe Biden arrived in Europe on Wednesday night, where he will seek to strengthen Western unity and increase sanctions against Russia, which is trying to change the balance of power in the post-Cold War era.

“What we’d like to hear (from Washington allies) is that this joint assertiveness that we’ve seen over the last month will continue for as long as it takes,” Biden’s national security adviser Jake Sullivan told reporters in Air Force One. while en route to Brussels.

For a whole month of the conflict, Russian forces continue to encircle the main strategic port city of Mariupol in the south, while intense battles continue in several cities.