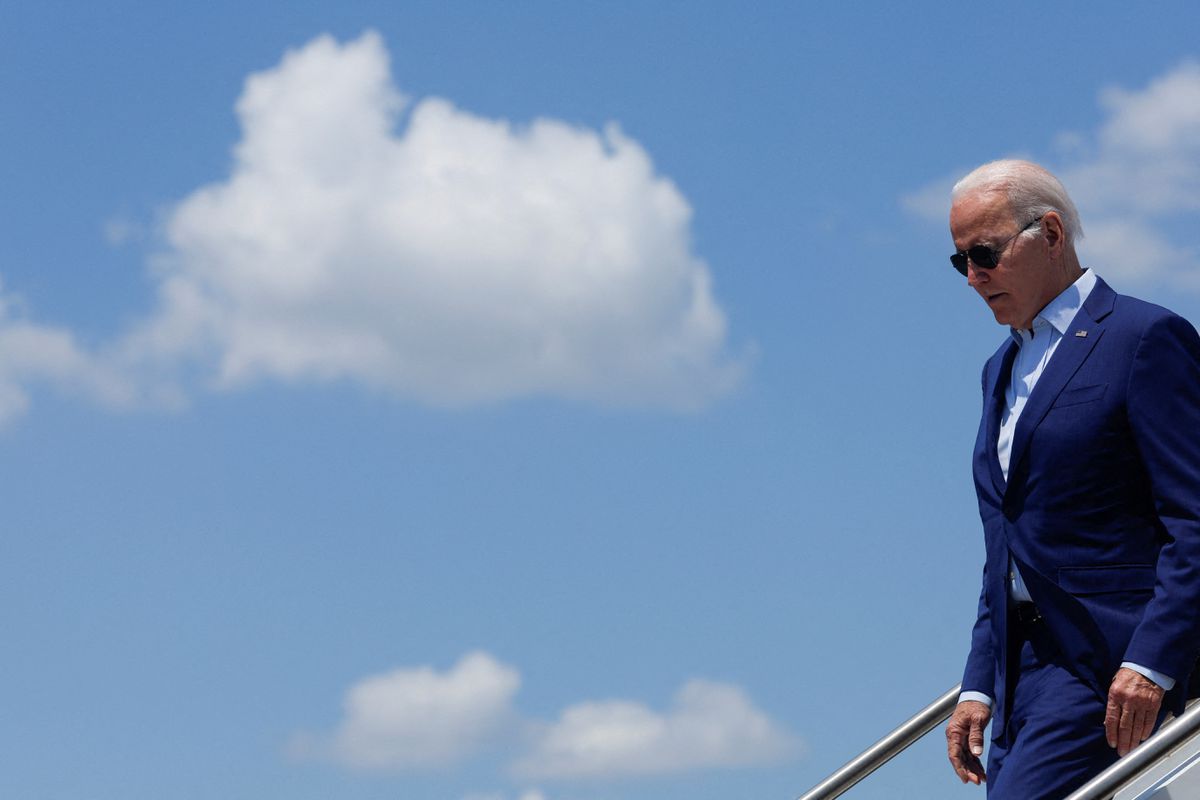 A year and a half of efforts to get ambitious climate change legislation in the US fell through last week when Democratic Sen. Joe Manchin, who has close ties to the coal industry, refused to back it in the upper house, where seats are tied between Democrats and Republicans. Because of this, President Joe Biden had no choice but to draw on his executive powers to fill the legislative vacuum with a volley of measures to address this “existential threat to the United States and the world” as quickly as possible. All this while more than 100 million Americans, nearly a third of the population, are in extreme heat readiness, with temperatures that could top 40 degrees in some states and cities this week. New York, for example, has extended the hours of public swimming pools and strengthened the network of cold centers to combat asphalt suffocation.

Many were expecting a climate emergency declaration, but on the eve of the crucial November midterm elections that could give Republicans control of Congress, the Democrat has opted for an interim solution, a series of “executive actions” focused on those most at risk Protecting communities from the lost effects of the climate, promoting wind energy projects on the country’s coast and creating jobs along the way green, an old promise from his campaign. “Unless the Senate takes action to address the climate crisis and bolster our national clean energy industry, I will take strong executive action to meet that moment,” Biden warned Friday after learning of Manchin’s backlash.

For the announcement, the President has chosen an old coal-fired power station in Somerset, Massachusetts, which will be converted into a cable-making facility for Iberdrola’s offshore wind industry, a symbol of the Democratic government’s green transition. The goal is to reduce emissions, tackle environmental injustice – millions of low-income households are infinitely more exposed to extreme weather events – and, incidentally, the volatility in energy prices highlighted by the war in Ukraine. A horizon of energy security and efficiency, with which the inflationary pressures on American pockets and Democrats’ election expectations are not unrelated.

Among the actions announced today is an investment of $2.3 billion this fiscal year to fund a fund to support buildings and communities resilient to extreme events. This funding will help communities better respond to heat waves, droughts, wildfires, floods, hurricanes and other hazards before disaster strikes. In addition, an energy assistance program for low-income households to help them afford the electricity bill to use air conditioning or heating will be reinforced, as well as the creation of new cooling centers in disadvantaged communities. For the other big move, expanding opportunities and jobs in the offshore wind energy sector, Washington is proposing the first wind generation areas in the Gulf of Mexico, spanning 700,000 acres (about 283,000 hectares) and potentially supporting more than three million people Houses. The government will also advance its plans to develop wind energy in the waters of the central and southern Atlantic coasts and the Gulf of Florida.

In the past year alone, the United States experienced 20 natural disasters caused by extreme weather conditions, with combined losses exceeding $145,000 million. People of color and underserved communities are being disproportionately affected, while basic infrastructure is constantly falling victim to extreme conditions. This week, multiple torrential rains in New York turned some subway stations into waterfalls, not to mention the floods that claimed fifteen lives in various buildings in the city last September.

In the pipeline, perhaps for future announcements, are measures to curb oil drilling in federal lands and waters. Last April, under pressure from energy prices that have pushed inflation to record highs, the President liberalized domestic crude oil production, issuing state mining permits to lower the price of a barrel of crude oil. In addition, in March, the White House pledged to increase shipments of liquefied natural gas to Europe by 68% in order to reduce the Old Continent’s energy dependence on Russia.

The repeated stumbling of centrist West Virginia Senator Manchin, who owes his personal wealth and campaign base to the fossil fuel industry, has urged Biden to do so run Equities rather than trade when his approval rating is at an all-time low (between 33% and 36% according to polls) and prospects for a win in November are elusive, mainly due to inflation and dark clouds of economic uncertainty.

Previous articleItaly, another fire in the EU’s hellish summer
Next articleDanger of strikes at Lufthansa: the pilots launch a ballot