Biden accuses India of ‘wavering’ in its position on Ukraine invasion 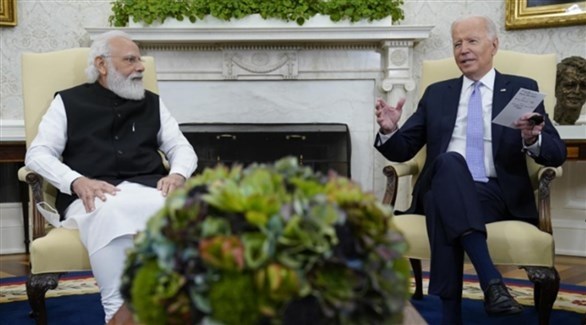 US President Joe Biden on Monday described India as an exception among US allies due to its “hesitant” stance on Russia’s invasion of Ukraine.

But unlike the rest of the Quartet (Australia, Japan and the United States), India continues to buy Russian oil and refuses to condemn Moscow at the United Nations.

At a meeting of business officials in Washington, Biden praised the “united front of NATO and the Pacific.”

Speaking of the four-party alliance, Biden cited “the potential exception of India, which is somewhat hesitant in some respects … when it comes to responding to Putin’s aggression,” as opposed to Japan, the United States and Australia, whose positions he considered “very strong.”

Biden said Putin “depends on his ability to split NATO,” but the alliance “has never been stronger or more united in its entire history.”

India, which has maintained close relations with Moscow since the Cold War, continues, according to the press, to buy Russian oil at low prices.

Russia is India’s largest arms supplier, but New Delhi also needs the support of its “Quartet” partners to counter China’s growing influence in the region.