Beyond the Tie: Should Men Ditch the Suit to Conserve Energy? 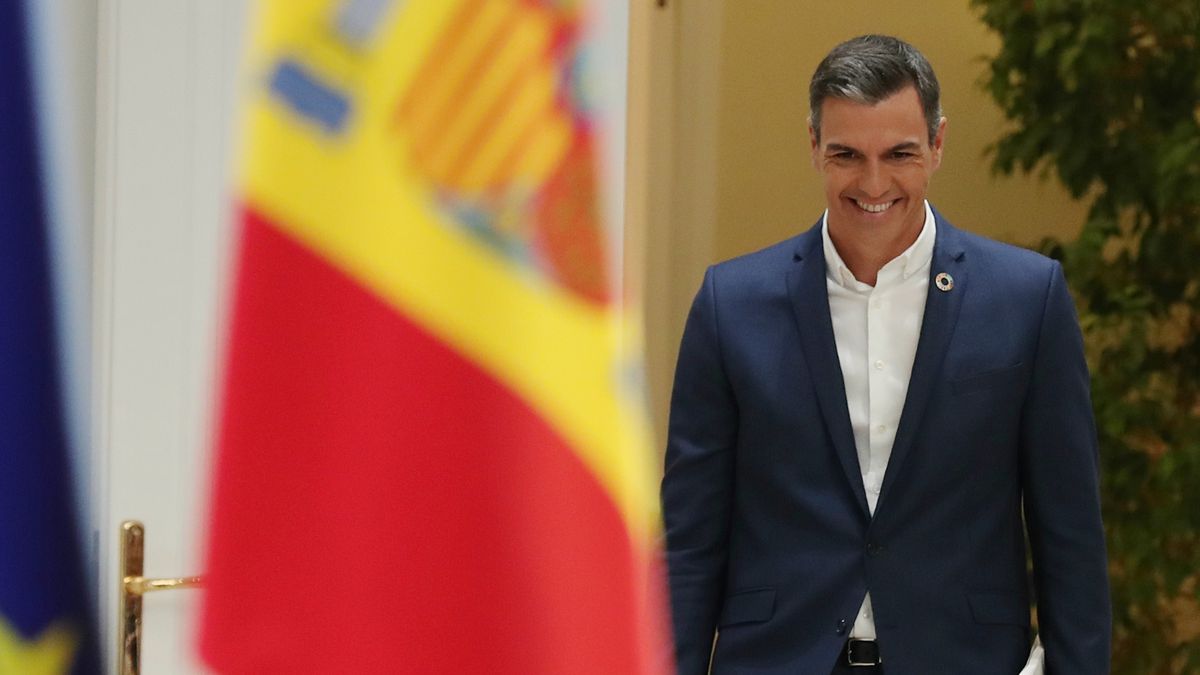 Pedro Sánchez surprised on July 29 in his traditional assessment of the political course by proposing a curious measure to save energy: taking off his tie. The governor explained that not wearing this garment could help reduce the use of air conditioning: “And before I finish, I want you to see that I am not wearing a tie; that means we can all save energy and i have asked the ministers, all public officials and the private sector, if they haven’t already done so, not to use the tie if it isn’t necessary, because that’s how we set us also the energy saving that is so necessary in our country.”

Criticism was not long in coming: the PP not only rejected the measure, but also criticized the president’s inconsistency in traveling by helicopter to the Torrejón de Ardoz base (Madrid) to take the plane with him he wanted to start tour in the Balkans: “The journey started at 14:02 (50 minutes after the end of his public speech) and saved the District President only 10 minutes compared to the same transfer by road. Therefore, he had a lot of time to arrive by car, spending about 5 liters of diesel, and not the 180 kilos or so of kerosene that was burned in the Luftwaffe Super Puma,” reads the text disclosed by PP sources. Santiago Abascal, head of VOX, tweeted a few minutes after Sánchez’s intervention: “It’s not that I don’t wear a tie. There is no shame in hiding the inflation that ruins the Spanish with stupid debates”. On social networks, the controversy has opened two fronts: on the one hand, those who, contrary to Sánchez’s proposal, propose wearing a tie in protest even on the beach. On the other hand, those like the ones pointed out by the user @vonlichtenkraut a fairly widespread opinion in the female branch: “I have friends who have to go to work in a cardigan in the summer because there are cardigan Men’s with a suit and tie, which must have an air temperature of 18°.

? Pedro Sánchez: “I don’t wear a tie and I have asked all the ministers, the public and private sectors, not to wear them unless it is necessary, because in this way we are also confronted with the energy saving, which is so necessary “https://t.co/FWEhwjObxm pic.twitter.com/cwM9qrX9vq

Giving up the tie is no longer a disturbing gesture, as it is a garment that is becoming more obsolete every day. As the Argentine journalist and writer Martín Caparrós points out in an article published in the same medium entitled “Exactly” Goodbye tie!: “symbol of belonging to class and power Since the beginning of the 20th century, the once inevitable piece of cloth has been losing its presence”. The tie, which in the past served its wearer to indicate belonging to a particular social sector, or rather to distinguish oneself from the others (workers, peasants, unemployed or women), gradually lost this function, becoming a mere ornament: “You would know that the behavior of certain chiefs of the then United States, France, Spain and Italy was decisive,” Caparrós wrote, “if it was hitherto unthinkable that they would appear in any official ceremony.” without the piece, in those years the unthinkable began to happen and create a school, so much so that shortly thereafter the tie was a retro gesture that very few jokers are affected”.

For Patrycia Centeno, journalist, expert in the study of non-verbal language as a political and corporate communication tool and author of the essay Politics and fashion: the image of power (Editorial Península, 2012), the debate is not stupid, as Abascal points out, but it is insufficient: “The measure is useless: the fact that a man takes off his tie does not lead to major energy savings. This gesture would have to be accompanied by other clothing gestures and it would have been better to try to train a fundamental theme, namely that there are seasonal fabrics”. Centeno alludes to the loss of the stylistic knowledge that our grandparents and great-grandparents knew, like the knowledge of certain organic and natural fabrics such as linen, fine cotton or silk to face hot seasons and cool down. Garments and fabrics that, as the journalist points out, are ideal for maintaining body temperature while ensuring that the outside temperature does not penetrate. In Spain, no public institution, by law or regulation, requires public officials to wear a tie, as Centeno correctly recalls: “It’s a tacit agreement because there has been a Western diplomatic uniform for two centuries and the changes to that uniform have been negligible” After all, whoever has the power does not need to change it.

In 2005, the Japanese government set an example by not wearing traditional clothing in the summer and aimed to save energy with a view to complying with the Kyoto Protocol. At the time, it was shocking for a conservative society used to dark suits and ties for business. Trusted by their board of directors that wearing lighter clothing during the humid and stuffy Japanese summer would avoid the excessive use of air conditioning in buildings in both public administration and the private sector. The first to make a statement with the new measure was then-CEO Junichiro Koizumi, who appeared in white trousers and a baggy blue long-sleeved shirt with an open tailcoat and exclaimed: “How comfortable it is to wear without a tie! !” as soon as he arrived at his office. “This gesture went well beyond the tie,” explains Centeno, “it was about educating about the clothes: the tie was taken off, the heavy jacket was taken off, the clothes they wore were made of very fine cotton, they also caught to wear much larger clothes to allow air to circulate.”

The tie should therefore only be the beginning of a long process that could lead to a stylistic revolution for men, as has happened with women’s clothing. The men’s suit, imposed by the bourgeoisie two centuries ago, has changed little while women have made clothing revolutions, while making social revolutions, often even appropriating the men’s wardrobe, adding elements such as pants or suits. Men, on the other hand, have not made any revolutions, and if they have, then only marginally. “Men should also take steps in this direction. If we think about it, a skirt is the go-to garment for summer… but no man would dare wear it, let alone to Congress, why? Because all that feminizing male clothing entails is going down a hierarchical level, while if we masculinize ourselves through a suit, we go up that level,” says Patrycia Centeno, who recalls that studying the Rocks classifies it as masculine and a masculine garment that has its origins in the Roman Empire, “but of course, if the garments are born genderless, then we have given certain garments a specific gender”. Coming back to the tie, the journalist points out that Pedro Sánchez could have suggested wearing a fan, but no man in Congress would dream of fanning himself, since it is an accessory with a strong gender bias component acts.

Can the strict norms of men’s clothing be broken? Can you get rid of the suit? Only if that symbol of power is replaced with something else, like a gray sweatshirt. In this context, the suit has actually started a downward trend if we look at the way the wearers of the great fortunes of the technological world dress, who, with an apparent disinterest in fashion, have imposed the sweatshirt and informality on the corset suit, and also as a way to stand out from the usual clerks who previously made their fortunes on Wall Street. “In Silicon Valley, it’s a credit not to care about your clothes, a sign that you have more important things to do than worry about your clothes,” explains sociologist Carrie Yodanis in her essay A dress (publishing alliance, 2021), in which he analyzes the guidelines that determine how and why we dress one way or another. “However, the ability to pretend not to care about one’s image is the exclusive privilege of those whose social standing is high enough to pretend they don’t care,” he adds.

Clothing plays a role in political communication. Or the gesture of returning to the tie. But some gestures can be transformative. In addition to Japan, also in Cuba, since 2010, the official diplomatic attire is the guayabera, an informal cotton or linen shirt that has four front pockets decorated with drawstrings and long skirts worn loosely over trousers and that despite a peasant origin, it is the transversal Has become a uniform worn by leaders as well as celebrities. “The world is getting hotter,” says Patrycia Centeno, “and it’s natural to turn to garments that allow us to withstand the onslaught of the weather.” Perhaps, in the end, a clothing revolution doesn’t come from a consciousness, but from one Need.