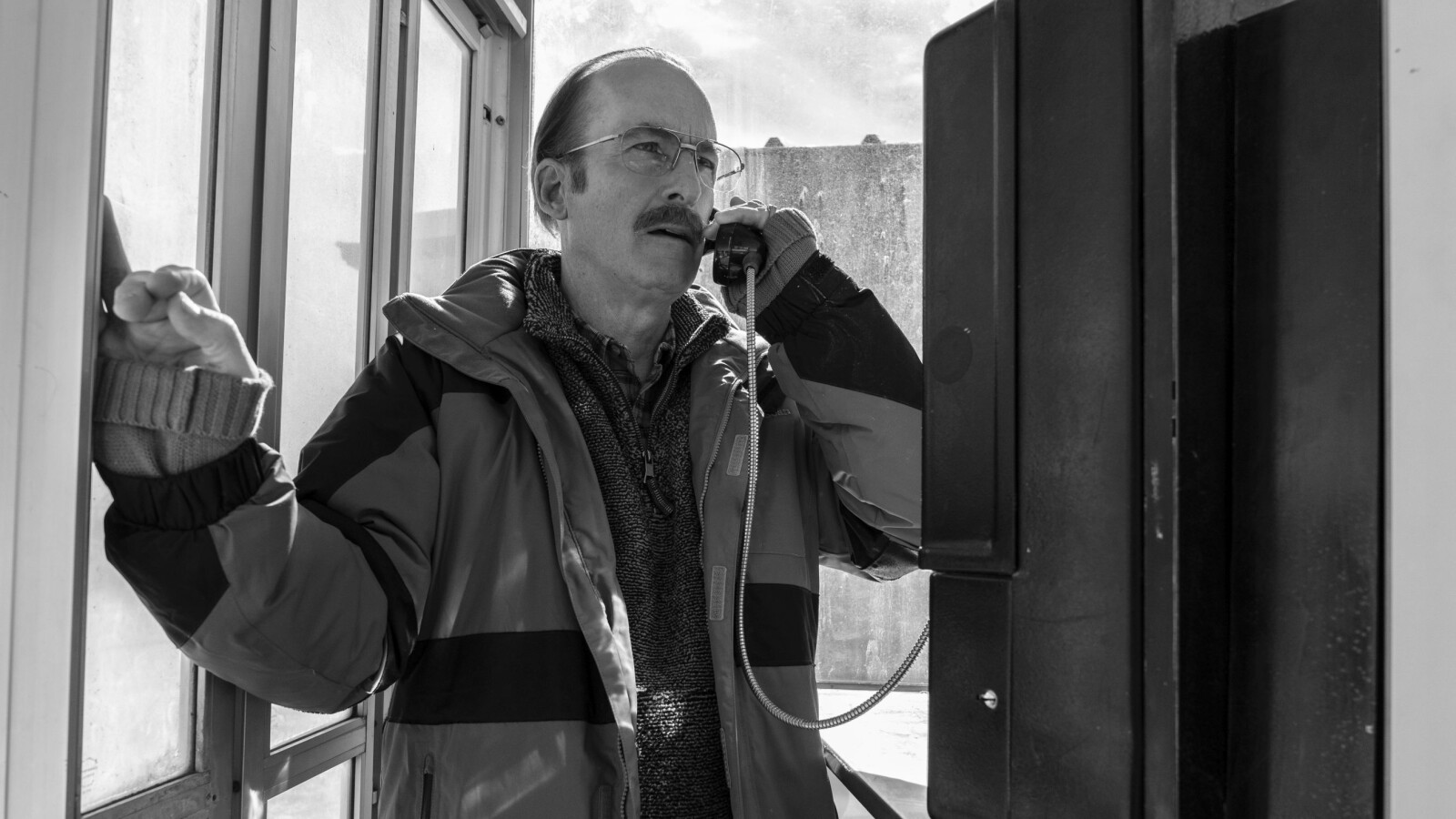 “Better Call Saul” plays with viewers’ expectations in the final episodes of Season 6. The story of Jimmy McGill, who as a lawyer hasn’t always been so picky about legality, seems to be over since the episode 6. After Kim left Jimmy, the story jumped into the future, away from Jimmy and straight to the Saul we know from Breaking Bad.

“Nippy”, the 10th episode, entirely dedicated to Gene, Saul’s new identity after the events of “Breaking Bad” and episode 11 titled “In or Out?” now alternates between Heisenberg-era Saul and Gene.

While Bryan Cranston and Aaron Paul appearing as Walter White and Jesse Pinkman in this episode is a fan-awaited moment, it’s one of the most significant events in Gene’s history.

As shown in a brief scene from Season 4 of “Better Call Saul”, Saul’s assistant, Francesca, promised to wait at a phone booth for a call from Saul after he disappeared from Albuquerque. We now experience this call in “In or out?” and learn that Kim asked Francesca about Saul.

This information prompts Gene to immediately call Kim’s office in Florida, but the call to Kim doesn’t seem to be going well. Enraged, Gene hangs up and pays taxi driver Jeff another visit to present him with a new criminal plan.

Gene uses the fake name Viktor again, which he once used during the mutual cheating with Kim. But here, he now lacks Kim as a moral compass. Kim also found pleasure in such deceptions, but she and Jimmy watched out for each other. Gene, on the other hand, is alone and has nothing left to lose. The heist at the end of the episode is reckless, but maybe Gene doesn’t care if he gets caught or not.

As the series finale approaches, Gene’s decision to return to crime full-time could have disastrous consequences. A sudden turnaround is hardly to be expected, a reunion with Kim seems impossible. Jimmy was happy with Kim, but as Saul he felt alive and Gene might keep cheating until he ended up in his grave or in jail.

With Walter White already dead and Jesse Pinkman on the run, it’s only fitting Jimmy/Saul/Gene, the third in line, will be behind bars by the end of the series, so all possible outcomes have been covered. Maybe Kim will visit Saul again in prison. So that they can express themselves one last time.

There are two episodes of “Better Call Saul” left that we’re sure to keep bouncing between Saul and Gene in. After that, the story of Saul Goodman, Walter White, Jesse Pinkman, Gus Fring and Mike Ehrmantraut should finally be over. Luckily, Netflix has plenty more exciting news coming in the coming weeks!