Benzema and the Barcelona knot… What did Xavi say before the Clásico with Real Madrid? 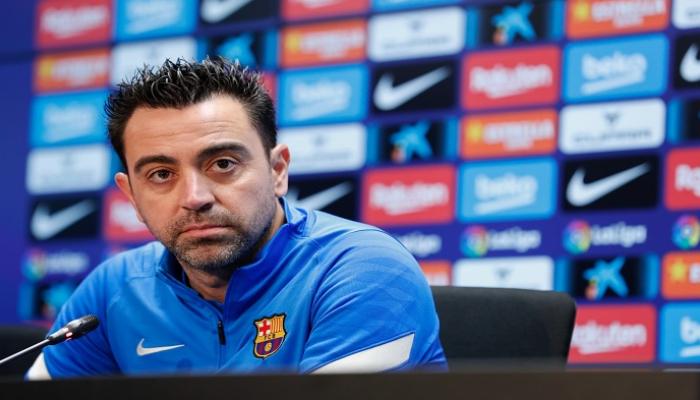 Barcelona manager Xavi Hernandez commented on the absence of Real Madrid star Karim Benzema ahead of the El Clasico match between the two teams in the Spanish La Liga.

Barcelona will visit Real Madrid on Sunday night, on matchday 29 of the Spanish League, at the “Santiago Bernabéu”, bastion of the royal team.

The Real Madrid squad has seen the absence of its French star Karim Benzema, scorer of 32 goals in 34 games for the team this season, due to his ongoing injury.

Xavi said in the pre-match press conference: “Benzema is one of the best number 9 strikers in the last two or three years. His absence from Real Madrid is a big loss for them, but that will not change our approach. We will try to keep the ball and play in our usual style.”

He added: “I think Carlo Ancelotti (Real Madrid coach) has many options to reduce the impact of Benzema’s absence.”

And about Barcelona’s complex of not winning in the last 6 games of the Clásico (including 5 consecutive losses), Xavi said: “The results against Real recently were bad and we want to change that, compared to the last Clásico of the Super Cup ( Barça We lost 2-3), now we are stronger defensively and attacking. We are positioning ourselves better, but this improvement must be shown on the pitch.”

He continued: “Real Madrid’s game is just a 3-point game and not a final, and we have managed to beat great teams this season, like Villarreal, who are fourth in the league, who reached the quarter-finals of the Champions League, as well as Napoli and Atlético de Madrid, we compete strongly against everyone”.

And he concluded: “Real Madrid is a warrior team and they are the favorites to win tomorrow. They managed to turn the score around in half an hour against Paris Saint-Germain (in the Champions League). We don’t know what awaits us at the Santiago Bernabéu, but we are prepared for any scenario”.