Benzema and Hazard score in the tie against America 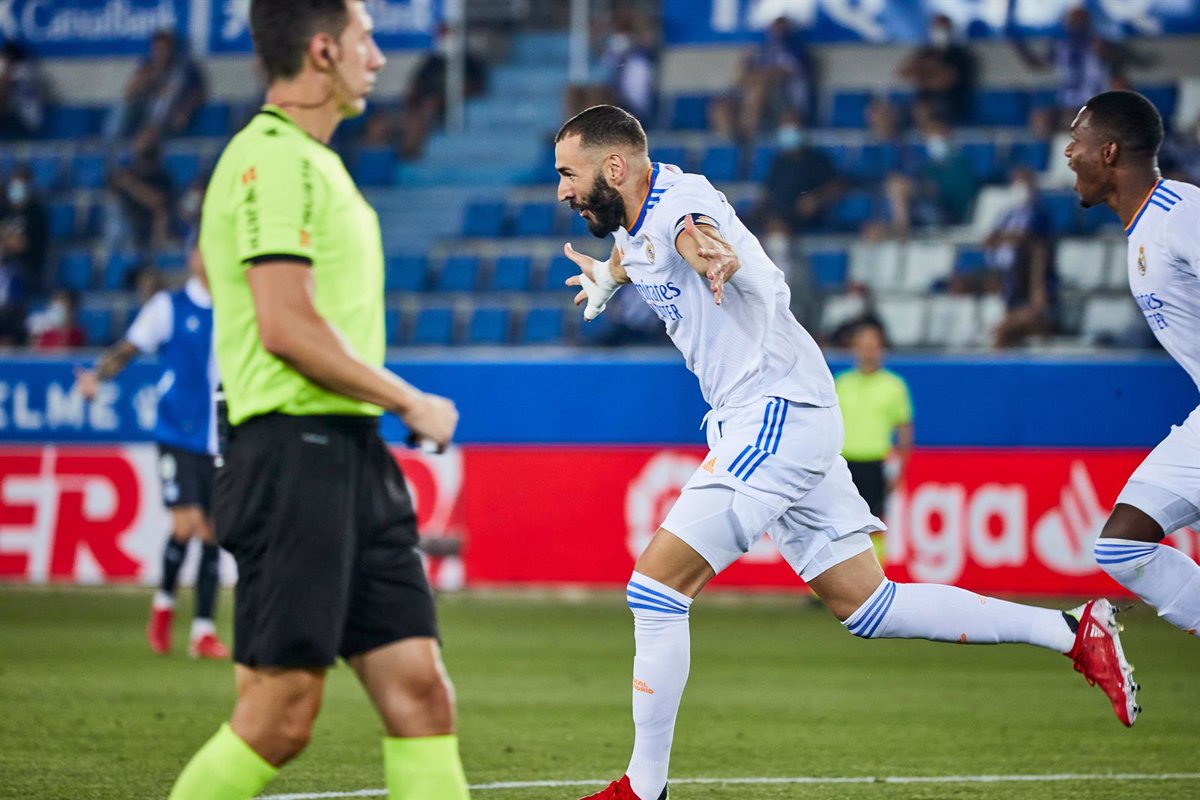 Goals from Karim Benzema and Eden Hazard allowed Real Madrid to draw (2-2) against Club America at San Francisco’s Oracle Park in the second friendly of the US pre-season Soccer Champions Tour, in which Carlo Ancelotti improved the image compared to the Clasico recently played in Las Vegas against FC Barcelona.

The Mexican team took the lead in the 5th minute with a goal from Henry Martín, Benzema and Hazard after a penalty that scored 188 days later, turning the game around in the 22nd and 55th minutes, and Álvaro Fidalgo, also after one Penalty, turned the game. scored the final 2:2 in the closing stages (min. 82) of the friendly match.

Benzema was reunited on goal with a screw shot after a combination with Marco Asensio against a competitor who didn’t give in and forced Lunin several times to avoid the goal before the break, which the white team was able to achieve thanks to an advantage to a double dribble by Karim on the edge of the box and a right hand that went just wide.

In the second half, Ancelotti brought on Tchouameni, Camavinga, Hazard, Militao, Valverde, Ceballos, Alaba and Rodrygo. A free-kick from Alaba was the start of the penalty after Reyes brought down Lucas Vázquez in the penalty area, which Hazard converted to make it 2-1. Ceballos had the 3-1 in his boots but Jiménez prevented it with a good save.

Instead, a tough penalty from Tobias against Fidalgo made it 2-2 after the shot was repeated as Lunin took the lead. Real Madrid looked to the end with options from Rodrygo and Alaba, but with no luck.

Real Madrid’s next game is on Sunday 31 July (04:00 Spanish Peninsula time) against Juventus, also part of the Soccer Champions Tour, at the Rose Bowl Stadium in Los Angeles (USA).

Previous articleIberdrola earned 2.075 million in the best first half of its history, despite the decline in its business in Spain
Next articleEllie Goulding shares adorable photo of herself and baby Arthur