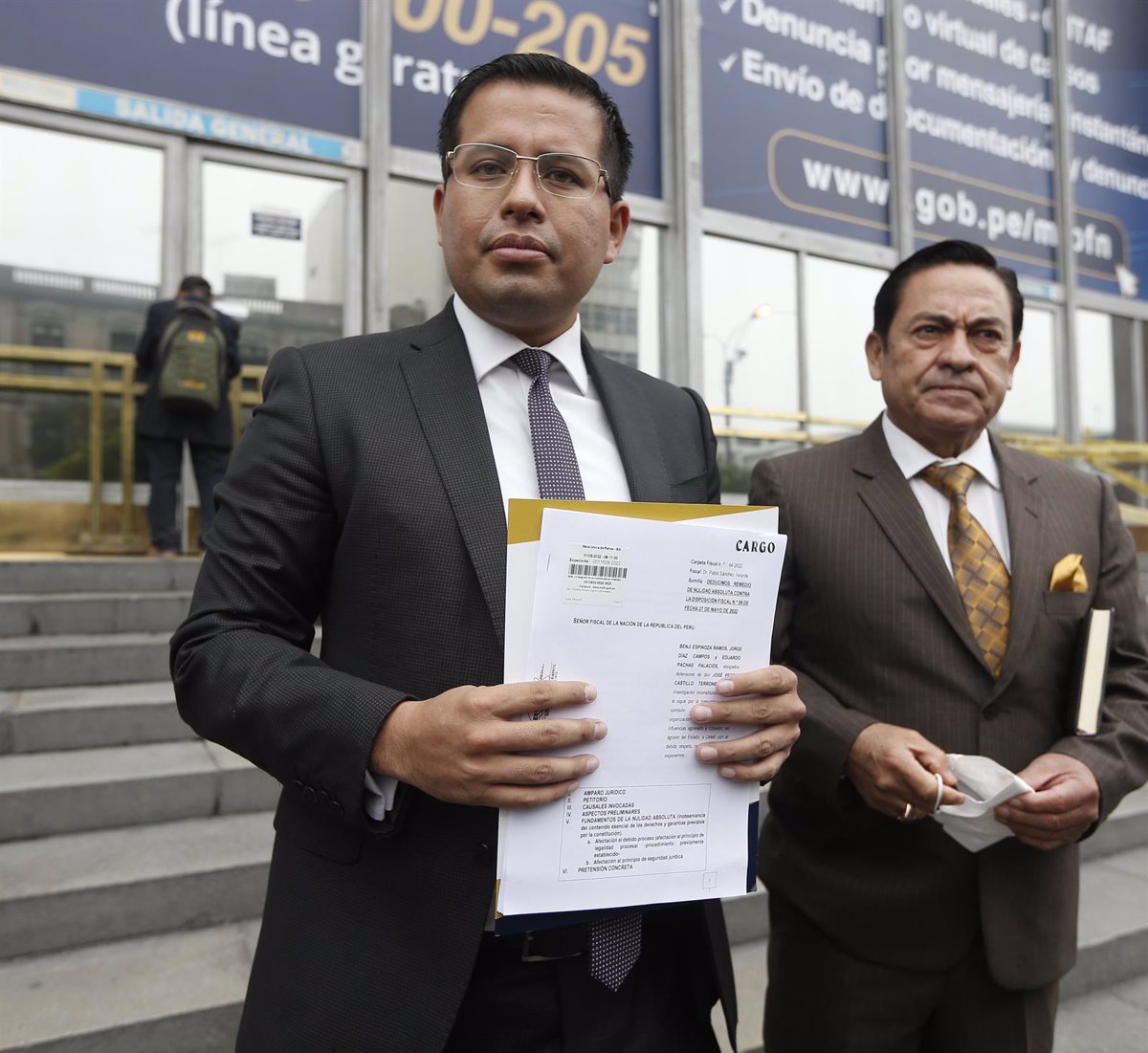 Hours after announcing his resignation from defending Peruvian President Pedro Castillo, Benji Espinoza has confirmed he has reconsidered his decision following a meeting with the President at the Government Palace.

In a similar message on Twitter, the Peruvian president’s attorney announced his decision to refrain from defending Castillo and the first lady “within the principle of the presumption of innocence acceptable to any citizen of the republic.”

In a press conference called this Wednesday to explain the reasons for his resignation, Espinoza assured that his decision to resign was for personal reasons and that he had nothing against the Peruvian president, La República reported.

“I felt this defense as David against Goliath. I was basically just defending the president, against everyone and against everything,” snapped Castillo’s now ex-lawyer, claiming the alleged persecution that the prosecutor’s office and the Peruvian Congress were exercising on him. President.

When asked about Castillo’s innocence, Espinoza has defended that his former client and his wife are “very simple, respectful and noble people,” while claiming that “to date, there is no concrete, tangible, genuine evidence against him” in the by the initiated investigations Office of the Prosecutor.

“With everything I know, examining the testimonies that are there, I stand by my position: I continue to believe that Castillo is an innocent person,” added the former lawyer for the Peruvian president in statements released by the newspaper mentioned above were collected.

In this sense, Espinoza recalled in the press conference after his resignation that the Peruvian President can “only” be investigated, for which he pointed out that it was “a case with no way out”.

“It’s a case where it can’t be formalized or advanced. In the legal field, there must be no suspensions or arrests of the President, nor should the investigation proceed further,” he added.