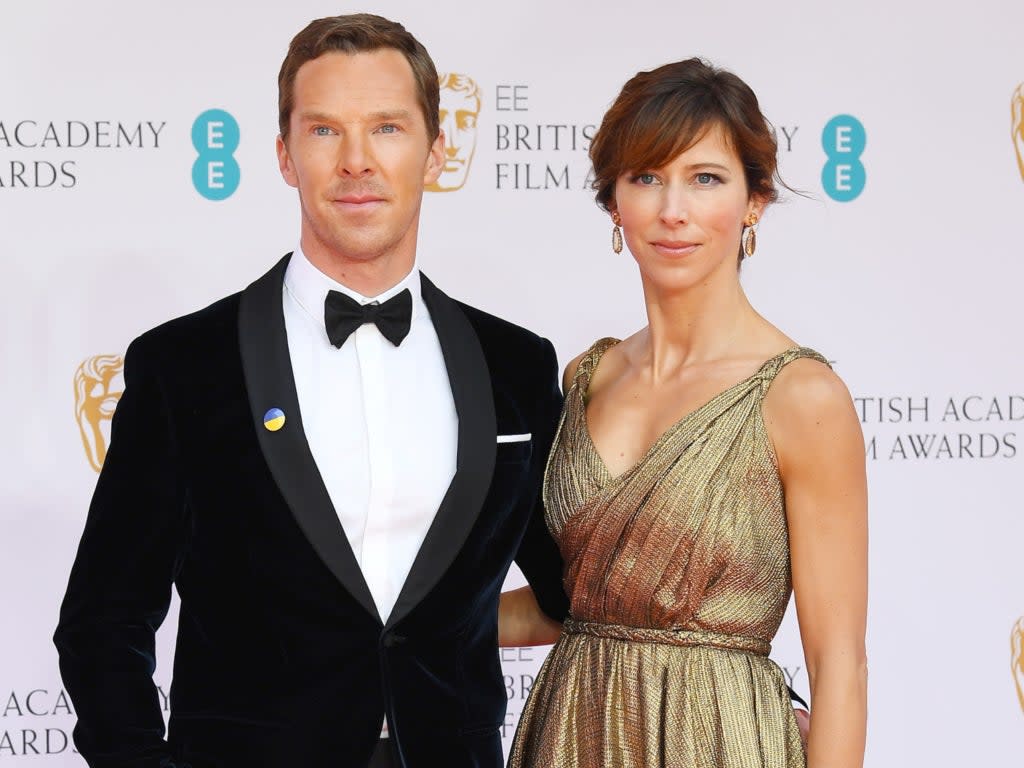 Benedict Cumberbatch showed his solidarity with the people of Ukraine as he walked the BAFTAs red carpet on Sunday night.

The actor who is nominated for Best Leading Actor at the Baftas for his role in the power of the dogHe wore a small blue and yellow badge to the award ceremony.

Blue and yellow are the colors of the Ukrainian flag.

Russia launched a full-scale invasion of Ukraine on Thursday, February 24. The war is currently entering its third week.

An estimated two million people have fled Ukraine so far, heading for bordering countries in Europe.

On the red carpet, the actor told the bbc that it is “horrifying what we are seeing on a daily basis,” adding that he is “showing solidarity with our brothers and sisters in Ukraine.”

The actor also said sky news which hopes to be part of the government’s new humanitarian plan to house Ukrainian refugees.

The plan, which was announced last week, will ask Britons to open their homes to people fleeing Ukraine as part of a “sponsored” humanitarian route to allow more refugees to travel to the UK.

The route will allow refugees without family ties to the UK the opportunity to come to the country and escape the war.

Those entering the UK via the new route will be able to stay for an initial period of 12 months. They will have the right to work, claim benefits and access public services, it has been reported.

A government spokesman said: “The routes we have established follow a broad engagement with Ukrainian partners.

“This is a complex and fast-moving picture and as the situation develops we will continue to keep our support under constant review.”

You can find more information about the scheme here.