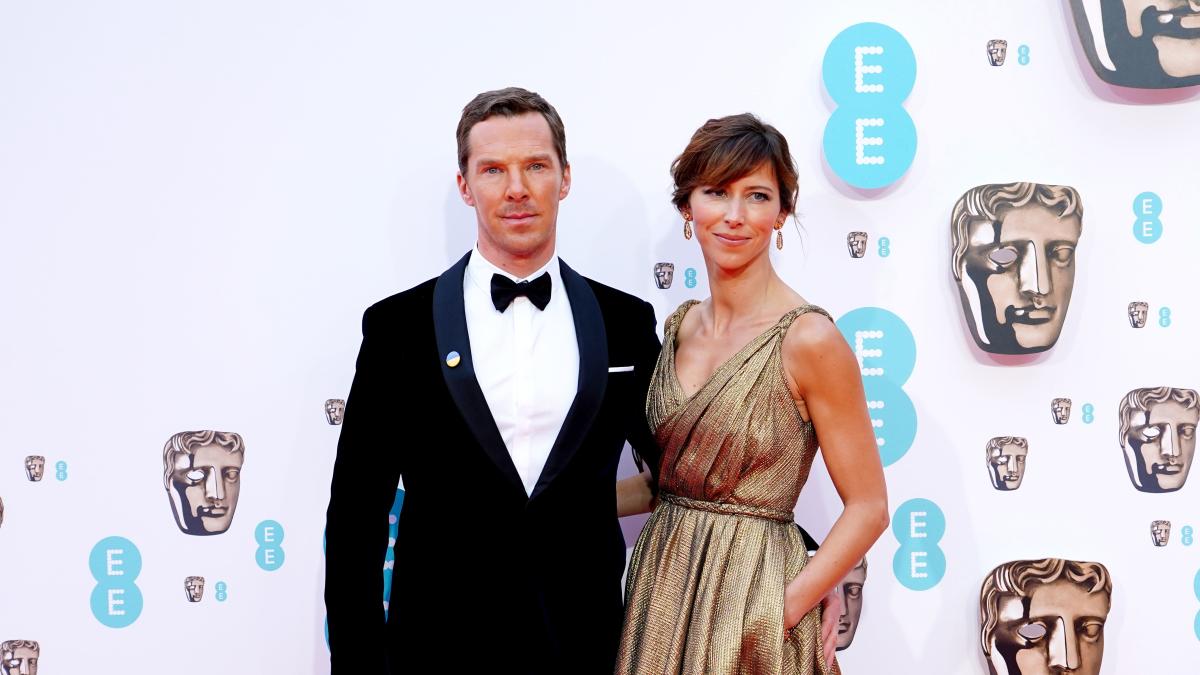 Benedict Cumberbatch says he hopes to “be part” of the UK’s effort to provide homes for victims of the Russian invasion of Ukraine.

The Oscar-nominated actor acknowledged that “we have brothers and sisters who are suffering” from the conflict and that people should do what they can to help.

He is currently starring in Jane Campion’s dark western The Power Of The Dog, which won Best Picture at the 2022 Baftas, though Cumberbatch lost out to Will Smith for Best Actor.

Speaking on the Bafta red carpet, he told Sky News: “We need to donate, we need to put pressure on our politicians to create some kind of security for refugees and a haven here for people who are suffering.

“Everyone has to do everything they can, and I think the news has already broken today that there have been a record number of people volunteering to foster people in their homes.

“I hope to be a part of that myself.

“And also obviously donating to charities that can help people in a very real way in Poland or just across the border if it’s safe to do so.”

The English actor said world-class directors were in charge of “assembling and guiding a large family of extremely talented strangers on a difficult and chaotic journey while hopefully creating an atmosphere that inspires inclusion and values ​​each member of the family.” that family alike.”

“So it’s no surprise that Priti Patel in her first feature Hostile Environment ran into huge problems.

“And that its follow-up movie All Refugees Are Welcome, Some Are More Welcome Than Others is a complete nightmare,” added Serkis, who starred alongside Cumberbatch in 2018’s Mowgli: Legend of the Jungle.

The 57-year-old actor best known for playing Gollum in The Lord of the Rings then announced the nominees, with Paul Thomas Anderson (Licorice Pizza) among those who would lose out to New Zealand’s Campion.

Reflecting on the Russian invasion of Ukraine while on the red carpet, Serkis said it is “important” to celebrate the arts as they “hold humanity together”.

“It’s a difficult situation to have a celebration like this when such horrible things are happening not far from here,” he told the PA news agency.

“But I think it’s also important that the arts be celebrated because the arts hold humanity together, and in fact, freedom of expression and the power of storytelling is something I think Ukrainians would totally applaud.

“So if we hold them tonight and reflect their enjoyment and passion, I don’t think that’s a bad thing.”

Host Rebel Wilson was another to raise the invasion at the ceremony, with the Australian taking a swipe at Russian President Vladimir Putin.

He added that “fortunately, although in all sign languages, this is Putin’s gesture” while pointing a middle finger at the Russian leader.

The actress also paid tribute to the people of Ukraine after the In Memory Of segment of the award ceremony.