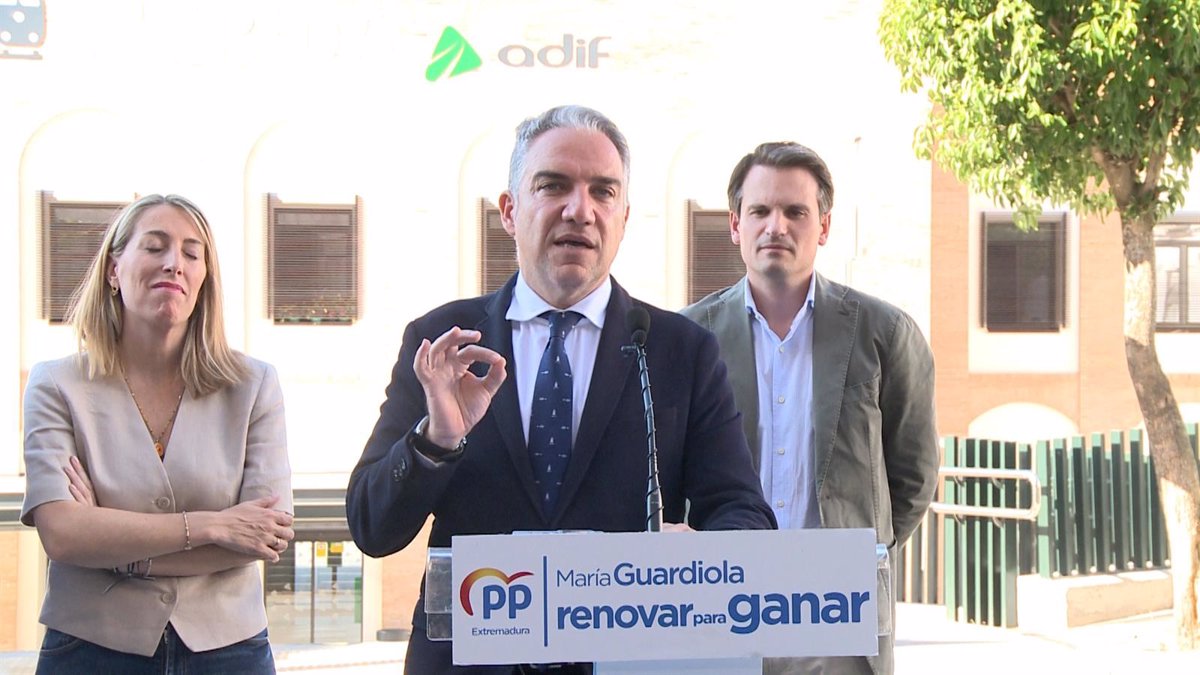 The general coordinator of the Extremadura PP, Elías Bendodo, this Wednesday accused the PSOE of “increasingly resembling Peronism”, which defends “thief or not, thief, we want Perón”, after the defense of the Prime Minister, Pedro Sánchez, too Sánchez and Griñán for condemning the ERE.

Thus, Bendodo reminded the PSOE that “when you talk about corruption, remember that you have convicted two former presidents of your party by the Supreme Court” for, as he stressed, “the biggest corruption case in history”. of Spain, the ERE”.

The “popular” leader has said that “socialism in Andalusia used almost 700 million euros to make friends, create fraudulent ERES and set up a system of patronage that allowed it to go to elections doped for decades” in Andalusia , for which the General Coordinator of the PP has urged that “no one forgets what happened.”

This is how Bendodo has spoken out after the Supreme Court upheld the conviction of former Presidents of the Junta de Andalucía Manuel Chaves and José Antonio Griñán for the irregular use of regional Employment Regulation Files (ERE) subsidies.

This is “sad news” for Andalusia, because “they are again talking badly” about this community, “talking about socialist corruption year after year”, lamented the general coordinator of the PP, who pointed out that “that’s how it is a sense of relief because a dark phase of socialism in Andalusia is coming to an end”

Faced with this situation, Bendodo has shown his “perplexity” because in this case he listens “without shame or embarrassment” to socialist leaders such as PSOE Deputy Secretary General María Jesús Montero or President Pedro Sánchez. “Speaking of forgiveness.”

Thus, he was convinced that “if the federal committee of the PSOE had taken place last week, this coming Saturday, María Jesús Montero would not have been appointed deputy general secretary of the party”, since, as Bendodo recalled, “she sat on the party’s board of directors Councils of Government chaired by Chaves and Griñán”, so “he knew firsthand the entire operation of the ERE”.

To Pedro Sánchez’s statements, in which he assured that in this case “only people pay for sinners”, the general coordinator of the PP replied that “it is not the case that those who steal or allow them to be stolen pay”, for which he it has claimed that “socialism is looking more and more like Peronism”, defending “thief or no thief, we want Perón”, he ironically defended.

This is what Elías Bendodo said at a press conference he offered this Wednesday afternoon in front of the Mérida train station, accompanied by the new President of the Extremadura PP, María Guardiola.

Previous articleThe US Federal Reserve raises interest rates again by 0.75 percentage points
Next articleThe date and place of the funeral have been set