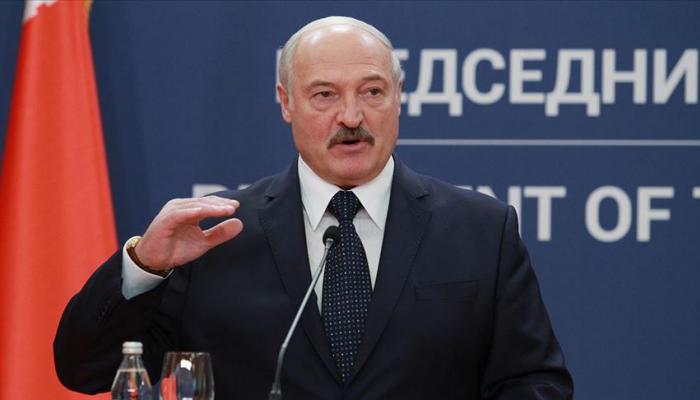 Belarus confirmed that the task of its forces on the battlefield lies in “avoiding the stabbing” of Russian forces in the back, considering that the opposite would amount to treason.

“I warned them that we would be pushed into this operation, in this war, two days ago, another Tochka-O missile was launched on the territory of Belarus, the Ukrainian news agency “Belta” carried out an attack, Lukashenko was quoted by the news agency Ukrainian news “Belta”. On our lands, and we, together with the Russians, managed to intercept and destroy it over the Pripyat region.”

He noted that “the Belarusian army is not participating in the operation in Ukraine, explaining that they “have nothing to do there” and “were not called there.”

“As for Ukraine,” he continues, “you are closely following the situation. I want to emphasize once again that we will not participate in this operation that Russia is carrying out in Ukraine.”

“Think about it, what can we add to Russia there?” Lukashenko explained.

“As for the people, there are a lot of their soldiers, can we add something to Russia in terms of weapons? No, we buy them all from Russia, they have everything, and better yet, then, we have nothing to offer,” he explained. .

He noted that “the Belarusian forces carry out their tasks on the territory of Belarus. Our task in any battle, not only in war, is to prevent the advancing Russian forces from being stabbed in the back… We must never allow this. That would be be akin to treason.”

According to Lukashenko: “We are doing this because we still need it as a state to protect our borders in the northwest and west, and today in the south.”

The war that Russia is waging against its eastern neighbor continues, as Moscow announced on Tuesday its full control of the Kherson region in southern Ukraine.

Meanwhile, the kyiv authorities decided to impose a curfew on the capital for a period of 35 hours, starting tonight, after several Russian attacks.

Meanwhile, Ukraine announced the resumption of talks with the Russian side, after they were halted on Monday due to a technical problem.