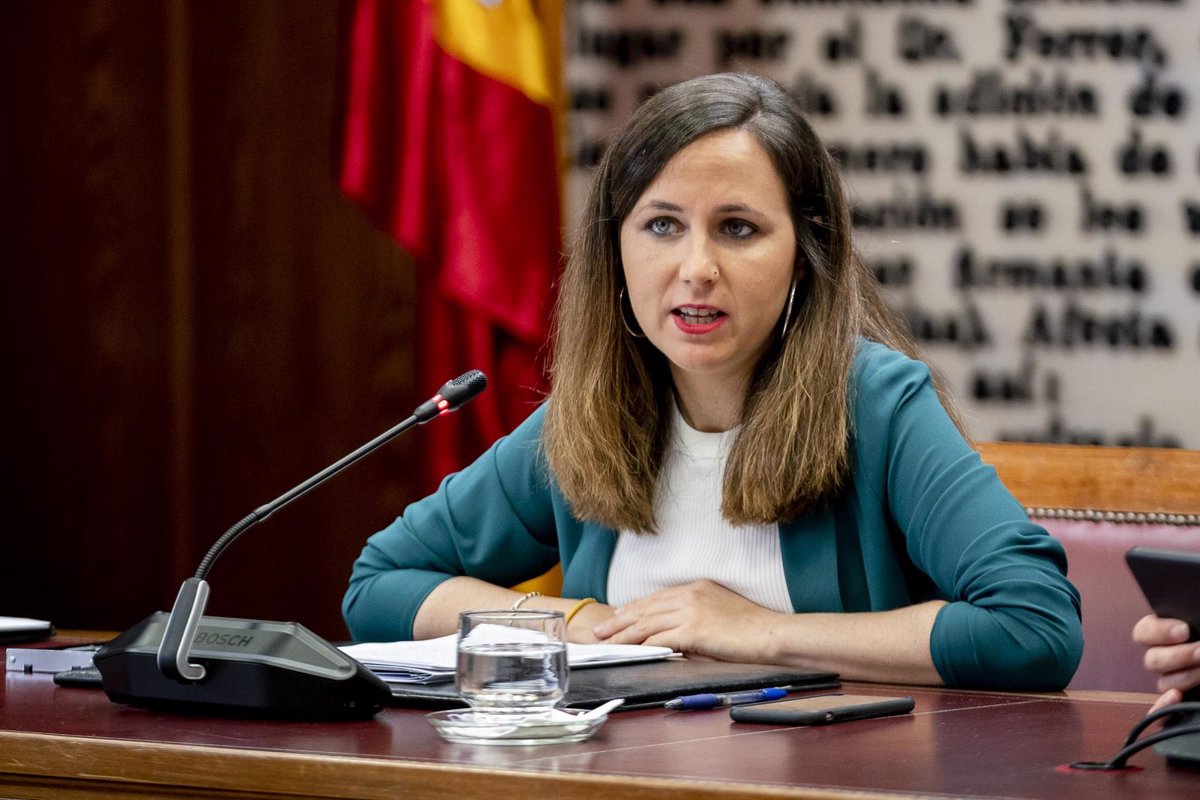 The Minister for Social Rights and the 2030 Agenda, Ione Belarra, has insisted on her proposal for a general transport pass at 10 euros, proposing to finance it “at the expense of the special tax for energy companies”.

“We are negotiating within the government about the expansion and strengthening of this social protective shield and I hope to receive positive feedback in the coming days on some proposals such as the general traffic pass for 10 euros, which I think would be very positive if we were to pay the expense of this extraordinary tax could fund energy companies that have quadrupled their profits over the past year,” Belarra said.

This was hinted at this Thursday when he appeared before the Social Rights Commission to explain the measures taken and planned by his department as part of the management of the crisis caused by COVID-19.

United We Can has increased pressure in recent days to include a special tax for electricity companies in the extension of the anti-crisis decree, a measure already proposed during the decree negotiations in late March.

That same Thursday, the second vice-president of the government and minister of labor and social economy, Yolanda Díaz, replied to the finance minister, María Jesús Montero, that “it is not possible” to introduce a tax on electricity companies through the general budget of the state because the constitution does not allow it , which is why she has defended the need to “legislate immediately” to implement this measure. Yesterday he called for “act now” and not wait.

For her part, the Minister for Social Rights has already submitted her proposals to the Executive to extend social protection measures, which include the creation of a 560 million fund to finance the monthly public transport subscription of 10 euros. In their team, they consider it necessary to include further measures in the current inflationary context.

At the same time, she pleads for an expansion of the coverage of the electricity social bonus by extending the income limit to 40,000 euros to two million beneficiaries, the structural ban on energy supply cuts and the immediate increase in non-contributory pensions by 15% next July.

On the other hand, in the confederate space, they see it as inevitable to embark on deep tax reform this year that introduces greater progression into the system and focuses on increasing taxation of large companies and incomes to offset the cost of social policies finance.

Evidence of this has been the promotion of several parliamentary initiatives in Congress on this issue, such as the recent bill introducing a wealth tax, which the PSOE did not support.

2023 PGE: THE DEFINITE SUPPORT FOR FAMILIES

During his speech this Thursday before the Senate Social Rights Commission, Belarra reviewed all departments of his ministry and said that if the general state budgets of the last two years were those of the Social Shield, those of containing the pandemic and those of recovery, the PGE of 2023 must be that of “final support for families”.

Referring specifically to dependency, the minister highlighted that in 2022 the dependent care system will serve 177,186 more people than in 2021, “a very positive figure” which, in her opinion, shows that “a despite the significant increase in applicants – 70,000 people in the last year and a half –“, they “are steadily progressing”. In any case, she specified that “as long as there is only one person on a waiting list” she will not be satisfied.

The minister has also defended her ministry’s commitment to carry out “a profound transformation of the care system”.

the agreement to change the housing model they are negotiating with the autonomous communities, moving towards a “much more humane” and “closer” model.

“I am convinced that no matter how the citizen or the autonomous community in which they live voted, they will agree that the model we have tended towards over the past decades of overcrowded dormitories is not optimal for a high quality Elderly care is.” He clarified, adding that the measures proposed in that agreement – ​​that it resembles a home, has one worker for every two occupants, or that restrictions are removed – are “a matter of common sense”.

Regarding childhood, Belarra has assured that he will endeavor to continue applying the Children’s Law, stressing that by the next school year the figure of the Welfare Coordinator will be “fully operational” in schools to protect minors in the face of violence.

He has also indicated that they are working on a protocol to detect violent situations in dormitories, which is expected to be ready in the autumn.

On the other hand, he checked his ministry’s work to end child poverty with 983 million euros; to protect foreign minors who come alone to Spain and boys and girls fleeing the war in Ukraine; To combat antigypsyism and to support young people or the elderly.

He also referred to the family diversity law that he intends to present to the Council of Ministers next September and highlighted some measures that will be included, such as the universal child-rearing income of 100 euros per month; a leave of 7 days a year to care for sick children or relatives or an extension of paternity and maternity leave to 6 months.

He also appreciated the work of his department for “accessibility” for people with disabilities, for achieving the goals of the 2030 Agenda or for animal rights.