Being a woman as a risk factor in Bolivia 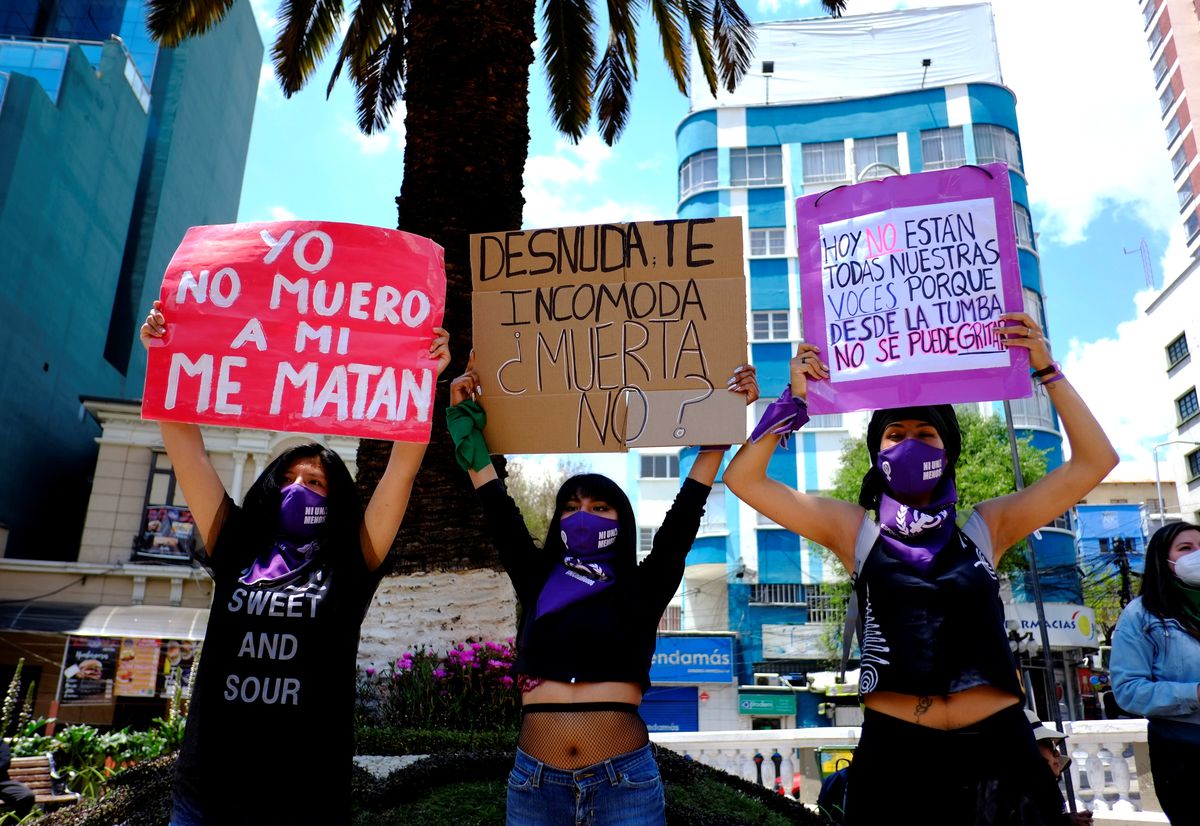 I had previously met Isabel Rey, from an Afro community in the Bolivian municipality of Coroico, but it was only in this conversation, in which I saw her clenching her teeth for the first time, that I understood the seriousness of the situation. In my childhood I lived with violence. My father was very aggressive and that’s why I’m fighting them now. Being a woman is a very dangerous factor, we don’t know when we will face violence and we are afraid. I’m afraid”.

Rey, like hundreds of other citizens in Bolivia, is part of a state-run network of community supporters who, tired of turning the other cheek when they suffer daily attacks and hear instances of femicide on their radios and televisions, have decided to rise up to help eliminate these situations.

Community supporters are a legal figure contained in the Bolivian Constitution whose purpose is to build a network of support and protection for women exposed to violent situations. It is a necessary network given the distrust of the authorities.

Their existence might be paradoxical if one understands the promoters as a group taking justice into their own hands. But far from it, it is a network that goes where the judiciary does not empower, accompanies them through all grievance processes and provides much-needed emotional support when women feel vulnerable. Since Alliance for Solidarity – ActionAid We have seen that this legal resource is more necessary than ever and for this reason we are training volunteers as community promoters responsible for the prevention, control and denunciation of violence. In this way they become a support for others and spread the laws in the communities.

To disclose some data: From the beginning of the year to June 5, 2022, more than 4,300 cases of sexual violence were recorded in Bolivia: 28 per day, more than one per hour; more than 1,000 are rapes of minors. Numbers that are far from falling but continue to rise, representing a 30% increase over the previous year, the company said women’s coordinator and the Office of the Attorney General of the State of Bolivia.

In Bolivia, the problem of violence does not only affect women, authorities or men. The problem is structural and affects everyone

This is an intolerable situation for the almost six million women who live in the Andean country and for those of us who are concerned with this issue. The numbers are up this year compared to last year, but we all want to believe that gender-based violence is not increasing; those who denounce do so.

I remember the words of my colleague Carolina Aliaga, project engineer in our organization. In an interview he emphasized to me that violence is not just a wound in the arm or a bruise, but also deprives them of their rights, murders them, denies them participation and excludes them from decision-making. Everyone has the right to a life free from violence of any kind.

Despite the fact that the laws in Bolivia have a full response mechanism to gender-based violence, the lack of knowledge on the part of the general population; the naturalization of crime, lack of training and lack of responsiveness of the authorities together with poor budgets and missing structures create a large gap between regulatory progress and its adequate implementation.

All this in a country where neither the topography nor a scattered population helps. In fact, as Alicia Caranavi pointed out to me, advances in legislation on gender-based violence have yet to make a dent in society. Director of the Aymara Women’s Comprehensive Development Center. “Many do not even have the means to lodge a complaint. In many communities, that can mean a three to four hour walk carrying their babies to the nearest police station. On many occasions the men do not let them leave the church. Then they have to endure and suffer whatever the man wants, including sexual violence.” A grim picture for those trying to escape the hands of those who catch them.

In the communities, the rules are unknown and violence is natural. The normality is that women suffer screams, insults, punches and kicks. They believe that they were born to suffer and thus justify the harm suffered. Most of the time, even the authorities don’t give credibility when the victims file a complaint and accuse them of a mistake. In Bolivia, there is no shortage of newspaper headlines justifying femicide infidelity or other reasons.

In Coroico alone there are 112 municipalities scattered over its territory. According to the police themselves, sexual assaults on women or children are reported once or twice a month and even weekly in the city of less than 20,000 inhabitants. A reality that is only the tip of the iceberg and that is made visible by the complaints that unfortunately go unreported in many cases because neither the municipal legal service nor the police are present in the communities.

Although the various authorities are trying to bring the regulations to remote communities, it is true that the distances make it difficult to lodge a complaint. In addition, the same authorities often blame the alcohol or the victim. To give an example, the head of the Coroico City Comprehensive Legal Service Unit told me that they receive many complaints and procedures are initiated, but at this point the victim signs the withdrawal of the procedure. “What happened later? There was conflict again in the couple and the husband tried to stab her in the chest,” he said.

In Bolivia, the problem of violence does not only lie with them, the victims; neither by the authorities nor by men. The problem is structural and affects everyone. According to data collected from Information Development and Women’s Development Center, 64% of their deaths are due to femicides, seven out of ten women experience some form of violence in their homes, and 75% of the time it is repeated. For this reason, we will continue to fight to ensure that gender is not a risk factor, eradicate this pandemic that runs through the spine of the Andean country and ensure that every woman lives a life free of violence.

Antonio Balas Lechon is a specialist in social communication and development. It works with the Alliance for Andean Solidarity/ActionAid in Bolivia.