Before the Senegal match, the Egyptian coach broke into the German League transfer market 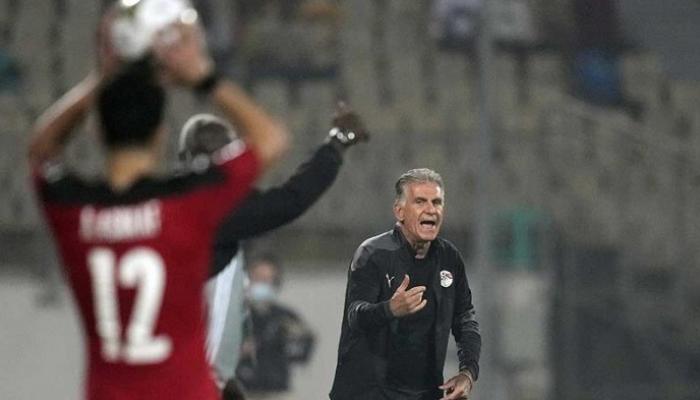 In the Senegal game, Queiroz has one of the most promising faces he has discovered since he took charge of coaching the ‘Pharaohs’ last September, replacing Hossam El-Badri, who is Omar Marmoush, the player German from Stuttgart on loan from Wolfsburg.

Hours before the match, Wolfsburg announced that they would reinstate the young player after the end of this season, in view of the outstanding levels he has provided recently.

“Marmoush will be back with us at the end of the season, his level has improved a lot, his abilities have emerged and he has gained experience playing in the Bundesliga, so this player changes our impression of him,” said Jörg Schmadtek, the sporting director of the Bundesliga. Wolfsburg.

These statements came after the outstanding level that Marmoush presented, either in the German League or with the Egyptian team, where he scored a goal with him in his first international match, against Libya in the World Cup qualifiers.

The 23-year-old then forcefully prevailed over the Egyptian team in the African Cup of Nations, his total appearances reaching 10 caps in a short period.

Omar Marmoush is good at playing in all attacking positions, left and right, and in the last game against Senegal in World Cup qualifying, he was used as a spearhead.

It should be noted that Marmoush began his professional career in Germany in the summer of 2017, after his departure from the Egyptian club Wadi Degla, where he moved between Wolfsburg, St. Pauli and finally Stuttgart, and his contract with Wolfsburg is extended for one more season. . which will expire in the summer of 2023.