Before the Clásico, Ancelotti decides to replace Benzema against Barcelona 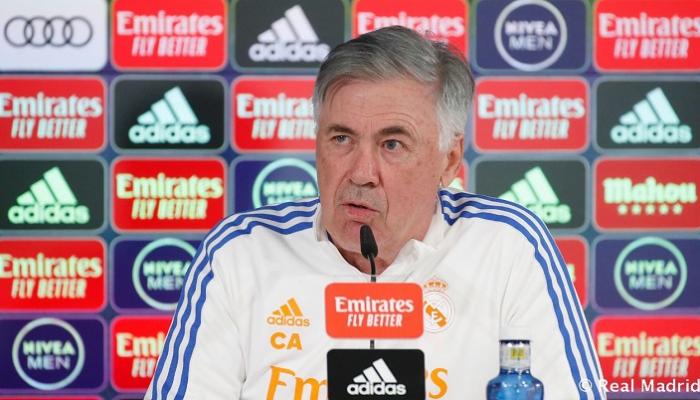 Real Madrid will host its traditional rival Barcelona at the “Santiago Bernabeu”, on Sunday night, on matchday 29 of the Spanish League (La Liga).

The Italian coach announced, at a press conference this Saturday, the absence of French striker Karim Benzema from the Clasico, after he suffered a muscle injury during the match against Real Mallorca on the last day of LaLiga.

Ancelotti said: “We have never taken risks before, even against Paris Saint-Germain, and tomorrow Karim (Benzema) will not be able to play because he has not trained, he still feels some discomfort.”

The Real Madrid coach also confirmed the loss of French winger Ferland Mendy due to injury.

Asked about the player he intends to trust to succeed Benzema against Barcelona, ​​he replied: “We have already made the decision, but I am not going to tell you about it.”

Ancelotti indicated that his team needed to collect the 3 points from the Clásico, to be closer to winning La Liga, adding: “If that doesn’t happen, then we can’t exclude Barcelona from the LaLiga race, where everyone will fight until the end. “

The Real Madrid coach spoke of his counterpart Xavi Hernández, saying: “Barcelona’s identity has never changed, the style of play is clear, but the team has developed under his leadership and is playing very well.”

When asked about his team’s ability to win without their first goalscorer, Benzema, he replied: “Yes, I think we can do it, even though he is an important part of the team, but we have to do the job without him.”