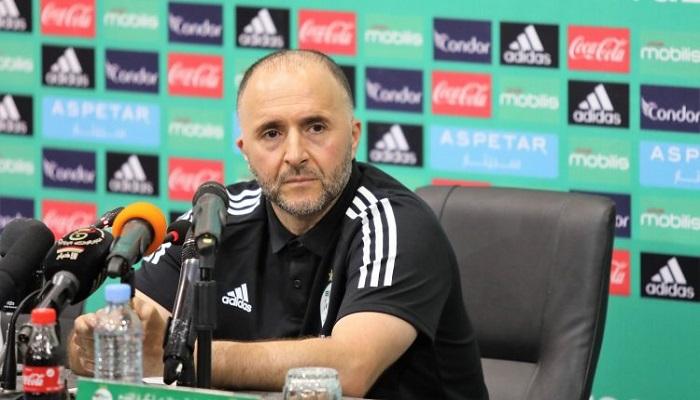 Djamel Belmadi, the coach of the Algerian national team, expressed his astonishment at the criticism leveled against him for his choices in the ‘Greens’ basic formation in matches.

During a press conference held today, Sunday, Belmadi explained the choices he made to face Cameroon in the 2022 World Cup qualifiers, especially regarding the exclusion of players such as Baghdad Bounedjah, Said Benrahma and Adam Zerkan, which was an unexpected surprise.

Djamel Belmadi spoke sadly, saying: “Only in Algeria do we have a player like Riyad Mahrez, who is Manchester City’s best goalscorer, and we wonder why he plays like a key player.”

And he continued in the same context: “The same applies to Youssef Blaili. Everyone asks why he plays. This matter has frankly tired me.”

He concluded: “In any case, I assure you that this matter will not last long when it comes to the options for the starting eleven of the Algerian national team.”

The first man on the Greens coaching staff did not explain what he meant by his last sentence, which carried several encrypted messages, including that his career as coach of Algeria is coming to an end, or that the duo, Riyad Mahrez and Youssef Blaili, did not have much left on the international scene because they crossed the 30-year barrier.

The Algerian national team is preparing for two round-trip matches against Cameroon on March 25 and 29, as part of the final phase of the African qualifiers for the 2022 World Cup.

Algeria is seeking to qualify for the World Cup in Qatar, and offset the disappointment of its early exit from the African Cup of Nations, which was played in Cameroon.