Beautiful fishing in coastal areas… an Algerian coup against terrorism 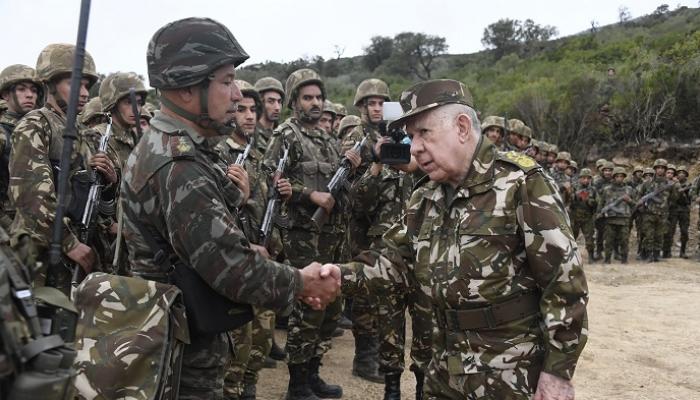 A qualitative military operation carried out by the Algerian army in the east of the country resulted in the arrest of 7 terrorists and the liquidation of another.

A statement from the Algerian Ministry of Defense confirmed what was reported by Al-Ain Al-Ekhbariya in a report yesterday, Wednesday, citing well-informed Algerian security sources, that “the Algerian army carried out a very qualitative military operation in eastern the country”, during which he was able to “arrest 7 terrorists and liquidate another”. In the mountainous heights of the Skikda Governorate, located in eastern Algeria.

A statement from the “Algerian Defense”, of which “Al-Ain News” obtained a copy, states that “in the context of the tireless efforts made by our units of the armed forces in the fight against terrorism and the continuation of the search and combing operation in the Wadi El-Dawwar forest near Bani Zeid township, El-Qull district, Skikda state in the 5th military district, On March 16, detachments (military units) of the National People’s Army arrested 7 terrorists and found the body of another terrorist who had been wounded in the last operation on February 19.

During the operation, “8 Kalashnikov machine guns and significant amounts of ammunition and other items” were recovered.

The Algerian military establishment revealed the identities of the terrorists who were arrested, the most prominent of whom was the so-called “Louslus Madani” and nicknamed Assem Abu Hayyan, the “General Mufti of terrorist groups” who joined the terrorist groups in 1994. . 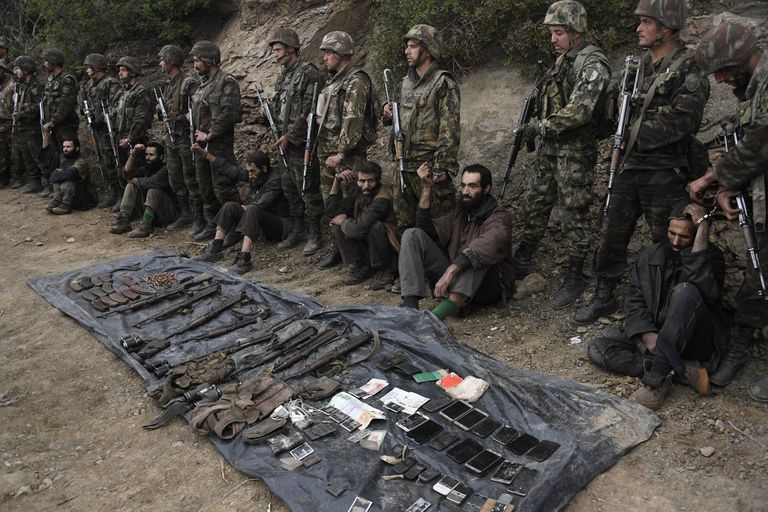 He stressed that the result of this operation is added to the result of the operation that resulted in the elimination of 7 terrorists on February 19 and the recovery of 6 Kalashnikov machine guns, a rifle with a telescopic sight and significant amounts of ammunition. 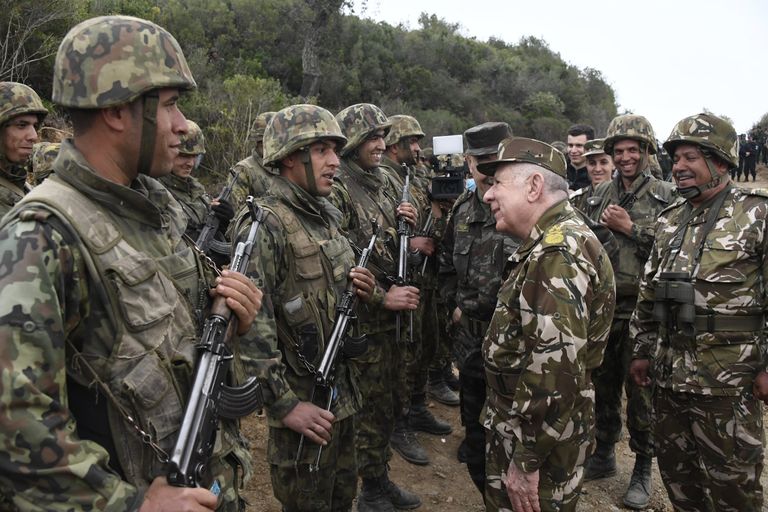 The Algerian Defense Ministry statement also confirmed what was unique to Al-Ain Al-Akhbar, where Algerian security sources claimed that the army “was able” to eliminate the last terrorist group operating in the coastal areas of the country.

The statement from the Algerian “defense” indicated that at the end of the statement by saying: “To eliminate this terrorist group that has been sowing terror for years in the region, and to confirm these positive results achieved once again in the insistence and determination of the units involved in the fight against terrorism to cleanse our homeland of the remnants of terrorist groups and eradicate this phenomenon from our country”. 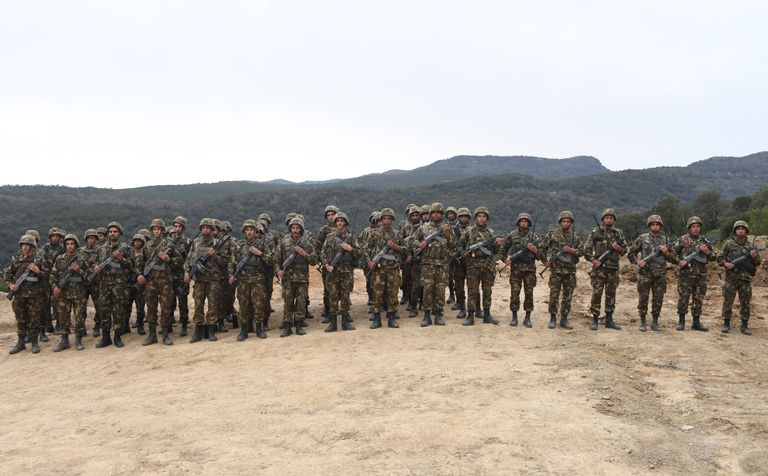 Notably, the Algerian Army Chief of Staff, Lieutenant General Said Chanegriha, attended the site of the large-scale military operation, and the Algerian Ministry of Defense stated that Lieutenant General Chanegriha was “transported directly to the area of ​​the military operation, where, accompanied by Major General Hambali Noureddine, commander of the fifth military region, they inspected the military units participating in this specific operation.”

“In the act, he addressed the military personnel who demonstrated their courage and bravery, praising this heroic act, and conveyed to them the greetings and congratulations of Abdelmadjid Tebboune, President of the Republic, Supreme Commander of the Armed Forces and Minister of National Defense. .”

The Chief of the Algerian Army General Staff – the statement added – also defended “the working conditions of the operational training of these units, giving directives to their members, urging them to do more to preserve the security of the homeland and of citizens and continue to fight the remnants of terrorism with determination, pride and pride in this sacred duty”. 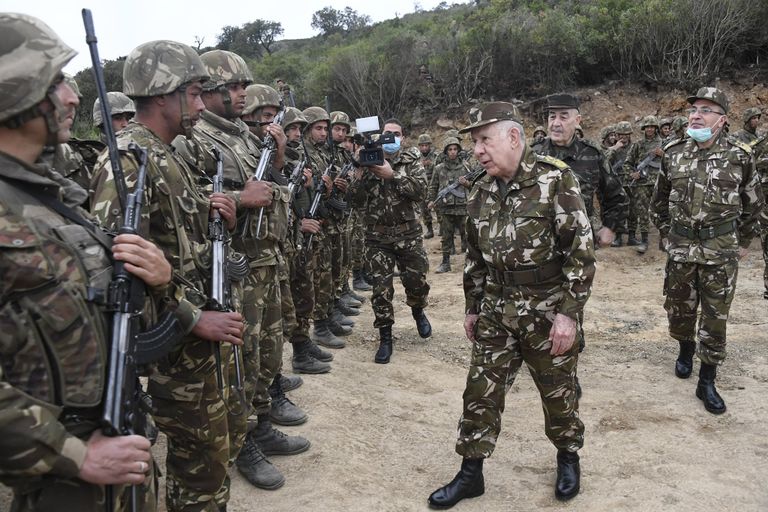 On Wednesday, “Al-Ain News” was left alone, citing well-informed Algerian security sources, who confirmed a qualitative operation that could nullify all security data on the fight against terrorism in Algeria, after ending the “last ” terrorist group. in the north of the country.

According to the same sources, the qualitative military operation took place after “very precise intelligence information”, which allowed the Algerian army “to eliminate the last terrorist group operating in the coastal areas of the country”.

According to information obtained by Al-Ain Al-Akhbar from Algerian security sources, the military attack occurred in the context of a large-scale military operation led by the Algerian army some time ago in the heights of the Jijel and Skikda governorates, which became known for the activity of terrorist groups affiliated with the so-called “Al-Qaeda in the Maghreb”.

The heights of the provinces of Jijel and Skikda, in eastern Algeria, were among the most bastioned by terrorist groups since the 1990s, known as the “black decade”, which was affiliated with the “Army Terrorist”. for Salvation”, which is the military arm of the outlawed “Salvation Front” Brotherhood which caused the deaths of around a quarter of a million Algerians. 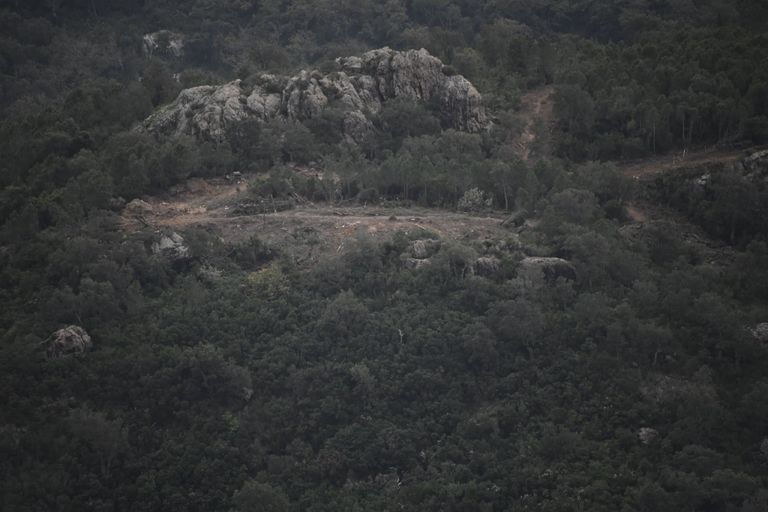