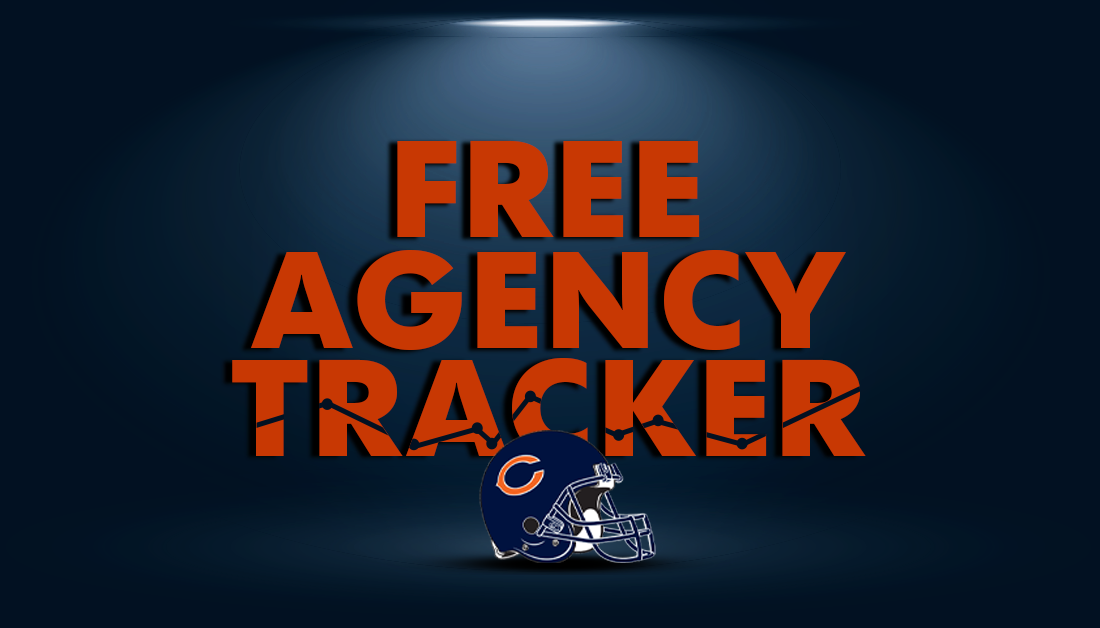 NFL free agency officially kicks off Wednesday, March 16 at 3 p.m. CT, but the Chicago Bears have already made plenty of moves in terms of cuts and trades before the start of the new league year.

The legal handling period begins at 11am on Monday, March 14, which is when we should start hearing about potential signings.

The Bears are slated to have roughly $36.9 million in salary-cap space, according to Spotrac, giving general manager Ryan Poles some room to work on building his roster.

We’re monitoring all cuts, rehires, trades, restructurings and new hires from early March through free agency, which officially begins Wednesday. Bears Wire is your source for tracking the comings and goings between now and during free agency. Be sure to check back for updates!

The Poles’ first big move as Bears GM was trading star pass-rusher Khalil Mack to the Chargers in exchange for a 2022 second-round pick, a 2023 sixth-round pick and some salary-cap savings in 2022. and beyond. The Chargers have agreed to take on the remainder of Mack’s contract worth more than $60 million, which will lead to $28.5 million in salary-cap savings for 2023. Chicago’s starting running backs are now Robert Quinn and Trevis Gipson.

The Bears are also set to release defensive tackle Eddie Goldman, which isn’t a surprise given he was expected to hit an $11.8 million salary cap in 2022. Cutting Goldman frees up $6.7 million in cap savings and costs $5.2 million. million in dead money, if not a cut after June 1. If it’s a post-June 1 cut, it would only cost Chicago about $3 million in dead money and free up $8.9 million in cap space. The Bears now have a need in both the one-tech and three-tech roles on the defensive line.

According to ESPN’s Jeremy Fowler, Chicago is showing interest in future wide receiver JuJu Smith-Schuster. Smith-Schuster is just 25 years old and coming off a disappointing season with the Steelers after battling a shoulder injury. The good news is that he could lower his market value, where a team like the Bears could step in and pair him with quarterback Justin Fields.

According to Cardinals reporter Johnny Venerable, the Bears have been showing interest in wide receiver Christian Kirk “for weeks now.” Kirk, 25, has emerged as one of the most intriguing wide receivers hitting the free agent market this week. Kirk, a former second-round pick in 2018, is coming off a career year with Arizona, where he had 77 receptions for 982 yards and five touchdowns. He’s the kind of wide receiver the Bears want to surround Fields with.