BBVA increases banks’ margins to double digits and earns 3,000 million for the half year, up 57% 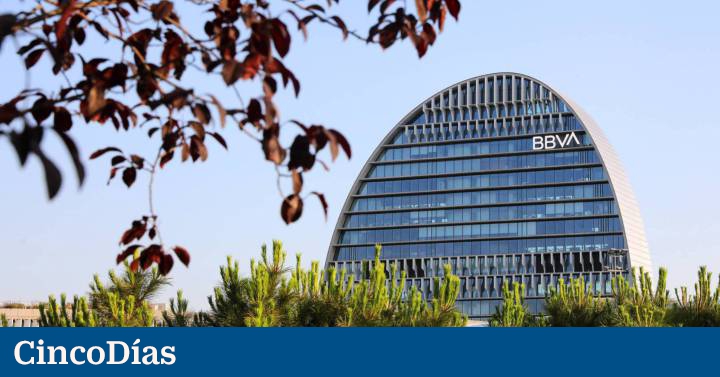 BBVA reported a profit of 3,001 million euros in the first half of 2022, up 57% thanks to the commercial boost. And it is that, the entity has been seen ffavored by the higher generation of recurring income, pushing major banks’ margins into double digits. Also because of the lower commissions.

Especially with regard to the income from the typical banking business, BBVA increased gross margin by 12.2% up to 11,509 million euros. It was driven by the gradual increase in interest rates, so that the interest margin increased by 22.9% to 8,551 million. Likewise, it was helped by an increase in net commissions (14.5%) to 2,650 million.

By geographic markets, Mexico It was again the engine of the business with a profit of 1,821 million, up 62%. The Latin American country represents 53% of the bank’s total profits. in the Spainthe result was 808 million (+11.5%) and accounts for 29% of the group’s result.

in the Turkey, BBVA’s third market, the company achieved a result of 62 million (equivalent to 2%) after the company applied hyperinflation economy accounting as the forecast is that the country will end 2022 with inflation at 60%. The bank has already announced that from January 1st it will take a charge of 324 million in the results of its Turkish subsidiary. The forecast is that Turkey’s contribution will be neutral in 2022, although it will be positive for capital (+19 basis points). Share of the bank that it does not control (BBVA had 49.85% prior to the takeover bid).

For their part, the operating expenses they increased by 10% to 5,054 million. In that sense, it was penalized by inflation. With the same cost savings, the efficiency ratio improved by 0.9 percentage points to 43.9%, which is the best among peer banks. Provisions also fell by 9.1%.

Regarding the cost effectiveness, the bank increased the RED ratio by 4.8 percentage points to 14.8%. Already among the most profitable banks in the Spanish market, BBVA has accelerated so much that it is currently ahead of its target of reaching 14% by the end of 2024.

As for the levels of ability to payBBVA ended the quarter with a CET1 ratio fully loaded of 12.45%, which corresponds to the target of being in a range between 11.5% and 12%. The non-performing loans ratio was 3.7%, which is 0.5 percentage points lower than in June 2021. In addition, the coverage ratio to cover these non-performing loans was increased to 78% from the previous 76%. Risk costs remained unchanged at 0.81% in the first quarter of the year.

On the other hand, BBVA highlights this posted a record in customer acquisition. In this sense, the bank points out that the digitization of the business has helped to multiply the rate of acceptance of new customers by 2.7 times. Between January and June this year, the bank acquired 5.3 million customers, a record number, 55% of which were reached through digital channels. Digital customers make up 71.4% of the total, totaling 45.5 million. The majority of these customers are mobile (43.5 million, which is 76.7% of the total). Likewise, the majority of sales (76.7%) are generated via the bank’s digital channels.