Battles for Ukrainian cities: the night at a glance 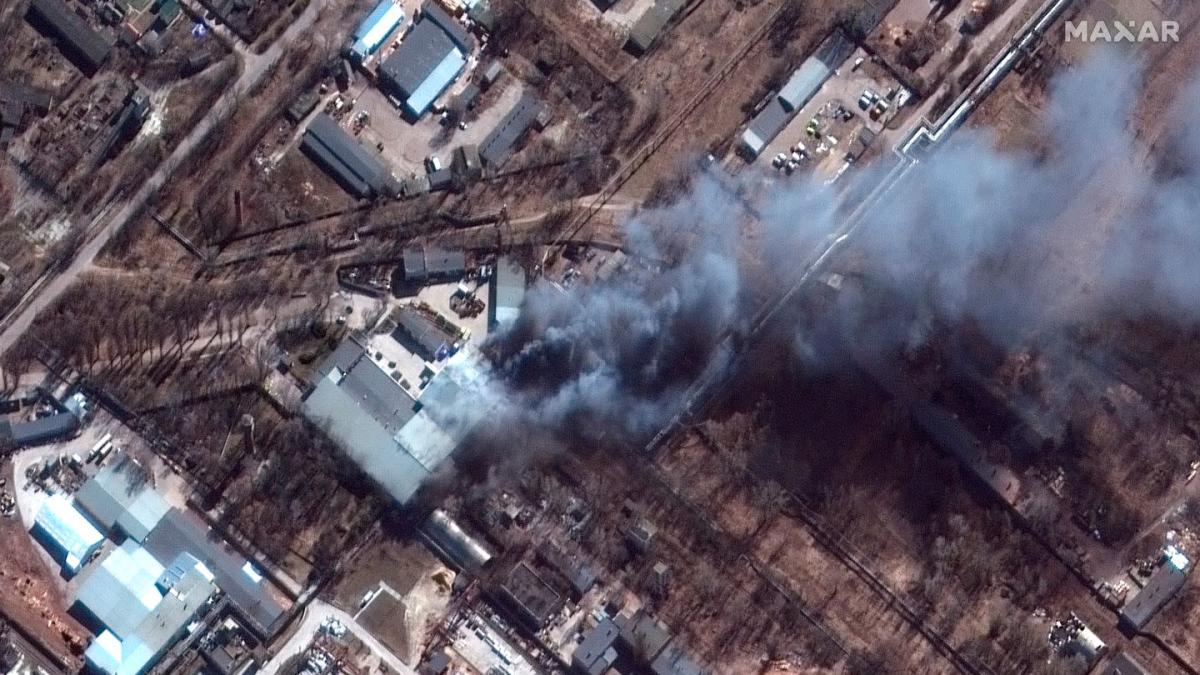 Kiev (dpa) – Russian troops are attempting to encircle major cities in their war of aggression in Ukraine. According to the Ukrainian military, it can slow down the advance. The situation for residents remains difficult, especially in the blockaded port city of Mariupol.

Ukrainian Army: slow down the attacks of Russian units

According to the Ukrainian army, it held off attacks by Russian units in several places. In the north of the country, Russian troops were prevented from advancing towards the city of Chernihiv, according to a report by the Ukrainian general staff posted on Facebook overnight. In Kharkiv, in the east of the country, Russia continues its attempts to blockade the city from the north, but they are still unsuccessful. Information cannot be independently verified.

According to the Pentagon, the Russian military is trying to surround Ukrainian cities, including the capital, Kiev. “Kharkiv and Chernihiv, Mariupol – we see these efforts to fence and surround,” a senior US defense official said. This is also being seen around the capital Kiev. According to the official, the Russian soldiers were coming from various directions. “So what we’re seeing is these different lines of advance towards Kiev.” However, Kiev is much larger than the other cities and heavily defended.

Nearly 100,000 people have been evacuated from conflict-affected cities in Ukraine in the past two days. This was announced by the President of Ukraine Volodymyr Zelenskyy in a video address. However, the port city of Mariupol and nearby Volnowacha would continue to be blocked. Zelenskyy accused Russia of shelling the escape corridor and a gathering point for people fleeing Mariupol on Thursday. According to UN estimates, a total of about 2.3 million people left Ukraine.

Ukraine can expect more weapons from the EU

The Ukrainian armed forces could get more weapons and equipment from the EU. According to the president of the Council of the EU, Charles Michel, the head of foreign policy, Josep Borrell, proposed at the Versailles summit to mobilize 500 million euros for additional supplies. At the end of February, a first package of 500 million euros had already been approved. The summit dashed Ukraine’s hopes for rapid accession to the European Union: there were no concrete commitments.

Schröder on talks with Putin on Ukraine war in Moscow

Former Chancellor Gerhard Schröder is in Moscow to speak with Russian President Vladimir Putin about the Ukraine war. Corresponding reports from the “Politico” website and the “Bild” newspaper were confirmed by the German Press Agency. According to dpa information, a first meeting between Schröder and Putin took place on Thursday. It was initially unclear if more were planned. The federal government had previously announced that the trip had not been arranged with her.

The Meta Facebook group is partially relaxing its rules to allow calls for violence against Russian troops in Ukraine. A Facebook spokesperson cited the phrase “death to Russian invaders” as an example of an exception to what would normally have violated the policy. “We will continue to not allow credible calls for violence against Russian civilians,” he wrote on Twitter. The easing only applies to users in a few countries, including Ukraine, Russia, Poland, Latvia, Lithuania, Estonia and Hungary, the New York Times wrote.

Disney plans to suspend all business in Russia

Due to the war against Ukraine, Disney no longer wants to do business in Russia. The decision comes “in light of the relentless attack on Ukraine and the escalating humanitarian crisis,” the media and entertainment giant said. Disney had already announced last week that it would initially no longer release films in Russia. The group is now halting all activities, from its TV stations and TV content marketing to licensing business, cruises and the “National Geographic” magazine brand.

According to Russia, the UN Security Council will deal today with biological weapons allegedly made by the United States in Ukraine. The background to this is Russia’s accusation that the US and Ukraine are developing biological weapons. This week, the Russian Ministry of Defense claimed that there was a network of bio-laboratories in Ukraine working for the US Department of Defense. International fact-checkers have long since invalidated this claim. The United States sees the Russian claims as “propaganda” and a possible pretext for using weapons of mass destruction in the Ukraine war.

That will be important on Friday.

Agriculture ministers from the seven major industrial nations (G7) are today discussing the effects of the Ukraine war on global food security via video conference. It is important to work together to ensure that “meaningless warfare does not further aggravate the food supply in some parts of the world,” said German Minister Cem Özdemir. Belarusian ruler Alexander Lukashenko wants to visit Russia’s Putin today. Belarus supports the Russian war of aggression and made its territory available for the deployment of troops.