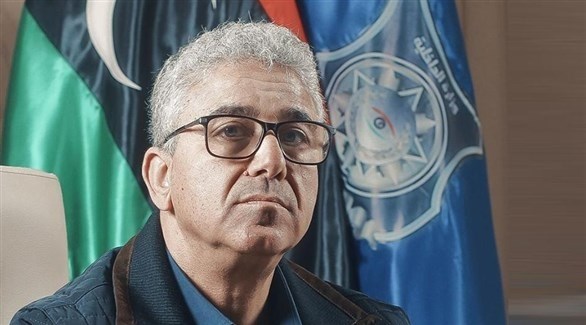 United Nations Secretary-General Antonio Guterres had a phone call Thursday with Fathi Bashagha, who has been appointed prime minister by parliament in eastern Libya, his spokesman Stephane Dujarric announced.

This first conversation with the Secretary General of the United Nations takes place the day after a meeting of the UN Security Council, during which the main powers and the United Nations expressed great caution in the face of the political crisis that is shaking Libya without taking sides. side – with the exception of Russia – with one of the competing prime ministers in this country.

The government formed by former Interior Minister Fathi Bashagha competes with the existing government in the capital, Tripoli, led by Abdel Hamid Dabaiba, which emerged from a political dialogue sponsored by the United Nations. Dabaiba has so far refused to relinquish power.

Stephane Dujarric said that “the secretary general and Bashagha discussed the latest developments in Libya.” She added that Antonio Guterres “expressed deep concern about the ongoing political polarization in Libya, which carries significant risks to hard-won stability.”

When answering questions, Dujarric ruled out that this call means recognizing the former Minister of the Interior and giving up the support of Abdel Hamid Dabaiba.

At Wednesday’s UN Security Council meeting, only Russia announced its support for Bashagha. Russia’s deputy ambassador to the United Nations, Dmitry Polyansky, said his appointment was an “important step in resolving the protracted crisis.”

Libya already suffers from divisions between the existing institutions in the east and west of the country, and since March it has had two opposing governments, as it was between 2014 and 2021 when it witnessed a civil war.

The United Nations and a large part of the international community fear that armed clashes will resume in Libya if the political crisis continues.

- Advertisement -
Share
Facebook
Twitter
Pinterest
WhatsApp
Previous articleThe water supply for the Tesla plant in Brandenburg is now secured: the delivery of the first cars is scheduled for next week
Next articleTruck collides with car: 89-year-old driver dies