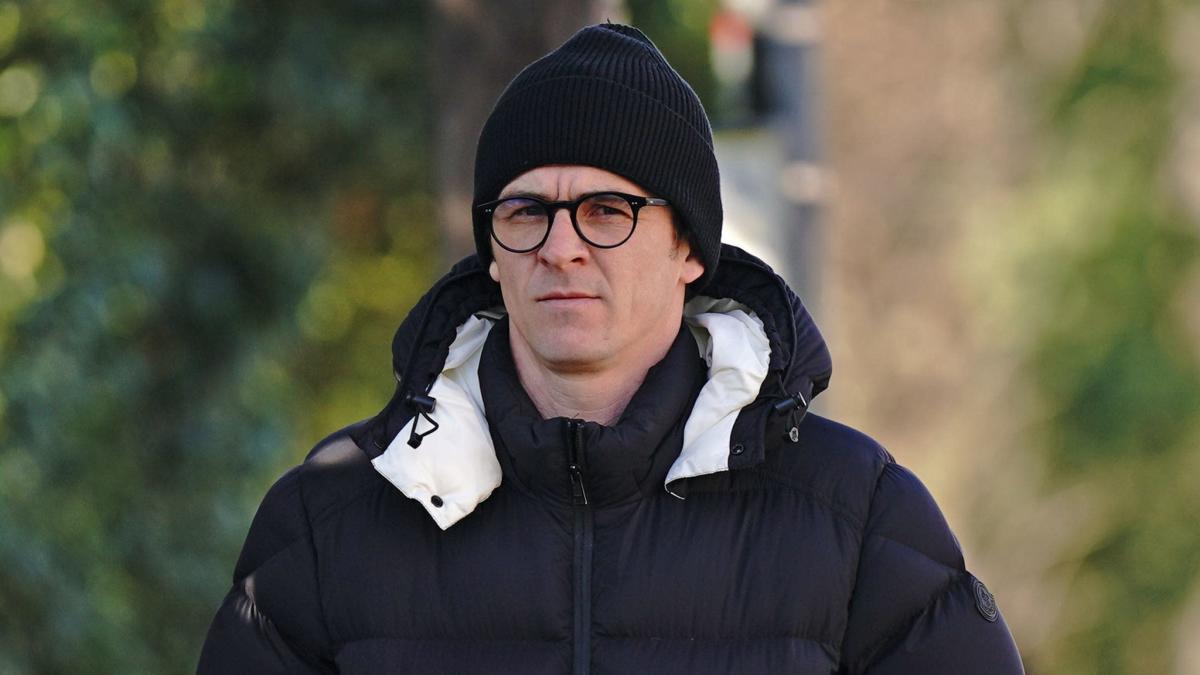 Bristol Rovers manager Joey Barton’s trial for allegedly assaulting his wife during a drunken brawl was delayed after she wrote a letter to prosecutors in an attempt to ‘exculpate’ her husband, a court heard. .

The former Premier League footballer’s lawyer, Simon Csoka QC, said Georgia Barton now claims she was accidentally injured when friends got into an argument with her husband after drinking “four or five bottles of wine each”.

Barton, 39, was due to stand trial at Wimbledon Magistrates’ Court in south-west London on Friday on a single count of assault with beating.

He is alleged to have grabbed his wife by the throat and kicked her in the head during a fight outside their home in Kew, southwest London, where they had been with two other couples on June 2 last year.

Mrs. Barton, who is said to have been left with a golf ball-sized bruise on her forehead and a bleeding nose, called the police but was not to be called as a prosecution witness.

However, the court heard that she had sent a letter to the Crown Prosecution Service (CPS) on February 17, followed by two emails, which prosecutor Helena Duong had only seen on Friday morning.

“Mr. Barton is married to the alleged victim in this case and they are still in a relationship,” said Ms. Duong.

“The Crown does not propose to call her.

“She has come to terms some eight months after the incident and, in the Crown’s view, it is clearly an attempt to exculpate her husband.” Csoka said there were two other couples present at the house and that each of those present had been drinking “about four or five bottles of wine each”.

“What she is suggesting is that the injury was accidentally caused when friends got into the argument,” he said.

Ms. Duong previously said that Barton’s wife called the police just before 11:15 p.m., saying “her husband had just beaten her at home and is asking the police to attend urgently.”

When officers arrived, “she says she had gotten into a drunken fight, a disagreement about families, with her husband, and she had been pushed and kicked,” the attorney continued.

“Mr. Barton is still asleep upstairs when the police arrive and arrest him. The Crown case is that he was still intoxicated at the time.”

The court heard that Barton did not comment on the interview and the prosecutor added: “The problem in this case is that Mr. Barton denies that he assaulted his wife at all.”

Barton, a former midfielder, played for teams including Manchester City, Newcastle, Queen’s Park Rangers and Marseille during his playing career, as well as making one appearance for England in 2007.

He began his managerial career with Fleetwood Town from 2018 to 2021 before joining League Two side Bristol Rovers last year.

Barton appeared on the bench in a black sweater, jeans, black shoes and glasses, speaking to confirm his name, address in Widnes, Cheshire and date of birth.

He was released on unconditional bail.