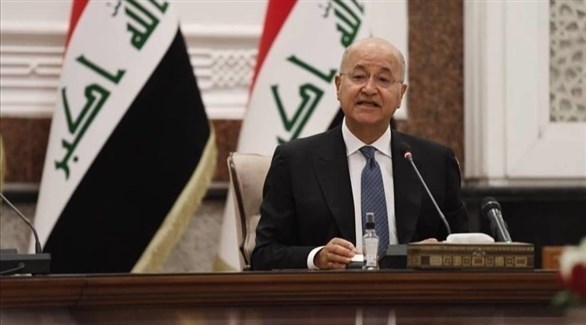 Iraqi President Barham Salih stressed on Saturday that the lack of national understandings and the failure of the parliamentary session to complete constitutional rights on time is a regrettable and worrying matter, more than five months after the early elections in Iraq. .

And the Iraqi president said in a press release: “The new Iraqi parliament that emerged from the early elections bears an exceptional responsibility, as it emerged after a popular movement and a broad national consensus that calls for correcting the traces and ending the political crises that are deep in the country and do not perpetuate them.

Saleh added that “the political forces today face a decisive national test, and that the difficult circumstances that the country has gone through and the current delicate situation impose on everyone a historical responsibility and exceptional work to come out of the current crisis with courage.” of patriotism and solidarity, and begin to address national needs by forming a capable and effective government that protects the interests of the country and promotes sovereignty and independence.

From this point of view, we call on all Iraqi political parties for a serious and effective dialogue to emerge from the current crisis without complacency or delay, and to give priority to the interests of Iraq and Iraqis, taking into account the conditions regional changes, international changes and the internal challenges that lie ahead, especially the dangerous economic conditions that require the desire to strengthen the internal front and the consolidation of the national ranks to get out of the current crisis”.