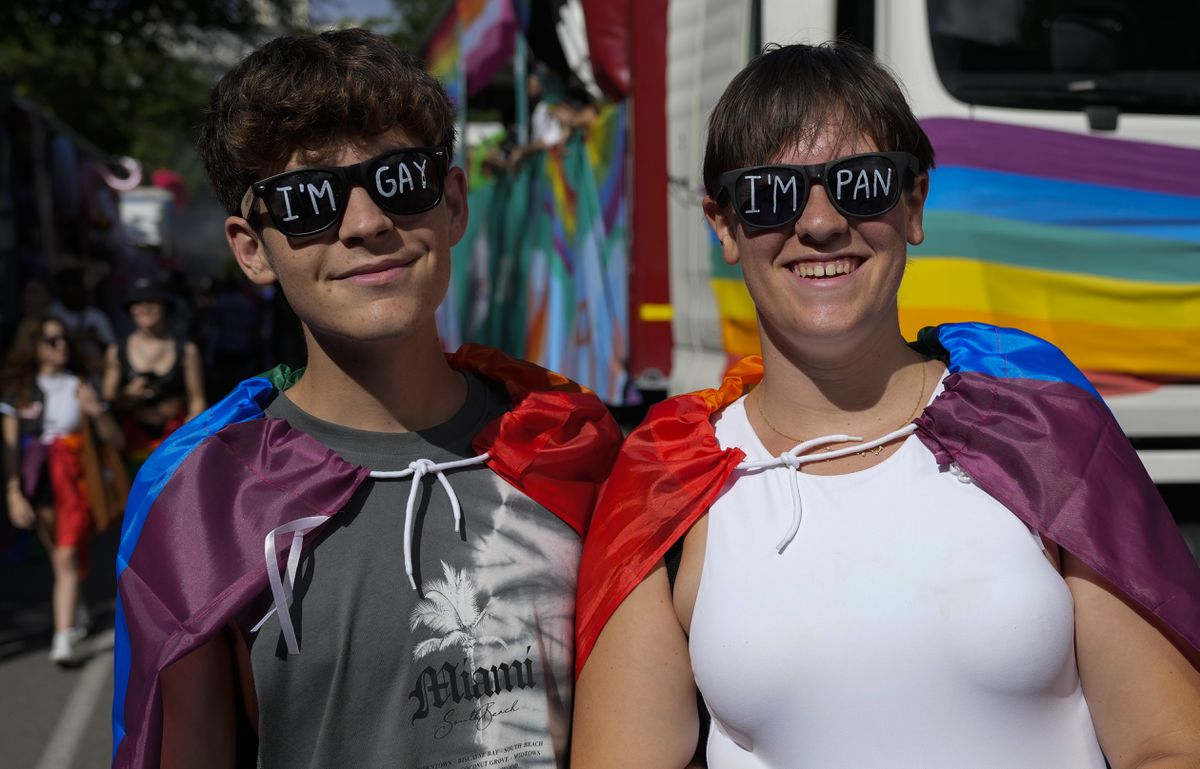 Under the motto “Visible and Powerful Lesbians”, thousands of people marched along Parallel Avenue between Tres Xemeneies and Plaza de Espanya this Sunday to celebrate the LGTBI+ Pride Party in the Catalan capital. For this edition, the organizers wanted to focus on lesbian justification, so the promotional items inviting to this week’s events included the hashtag #bollomami, a pun between Catalan artist Rosalía’s latest work and the term bollera, used pejoratively to refer to lesbians: a modern exercise in reappropriating insults as a form of resistance. According to the Guardia Urbana, around 90,000 attended the parade or the after-party on María Cristina Avenue.

In addition to the presence of political representatives from Barcelona City Council and the Generalitat, the proclamation was read by several lesbians. In it, they recalled the stigma and paradox of labels, which they defend as “necessary until recognition is real and effective. [Las lesbianas] we disregard the patriarchal system by the very fact that we exist”. “A bollomami is a lesbian, believe it or not”; “Two bollomamis are not your sexual fantasy” or “A bollomamis is not the ‘man’ of any relationship” are three of the pieces with which they invited to the acts this year, all with photos of the city’s neighbors and with whom they are visible wanted to do and do pedagogy at the same time. Using the concept of Rosalía, which they accept in the organization, helps to enhance the message with a touch of irony and topicality.

The commitment to this year’s vengeful message has also deeply marked the program of these two weeks, especially that of the stage in Maria Cristina, where the party lasted until two in the morning. The cartel was dominated by women, including La Zowi, Jimena Amarillo, the Ginebras Quartet, Marta Sango and Rocío Saíz. The Eurovision world was also at the party: last Saturday the main course was WRS, representatives of Romania in the last edition, who made the whole square sing: “Hello, my baby-bé / Call me, call me”.

The return to normal after the pandemic hasn’t prompted the Pride organization and other LGTBI+ rights groups to put their differences aside for a day to march together. The day began with news of a shooting at a gay bar in Oslo that left two dead and wounded 20 others. The group La Crida LGTBI announced last week that they would be distancing themselves from Pride and making their own march, believing Parallel is heavily commercialized. “We feel we are heirs to the first liberation demonstration in Barcelona in 1976 and are following its common thread for the rights of the workers’ collective,” one of their spokesmen assured them a few days ago. Its manifestation was between the Plaza de Universitat and the Plaza de Sant Jaume.

Since 2008, Pride Day celebrations have gone beyond strictly political pretense, and its organizers have chosen to give it a boost to put an egg on the international Pride agenda. Its organizers believe it will leave the city with an economic return of 70 million euros over the two-week period. Despite the efforts, the party remains eminently local.

The Stonewall Riot Commemoration Days (a gay bar in New York that clashed with police over raids and assaults in 1969) remain an important tool to help at a time when certain discourses on the are advancing to gain visibility. associated with the extreme right. According to data from the Observatory Against Homophobia (OCH), incidents or acts against the LGTBI group increased by 34% this semester compared to the same period last year. But not all are reported to the police. Parliament is currently working on a Catalan trans law.