Barcelona sign Koundé, the most expensive sale in Seville’s history 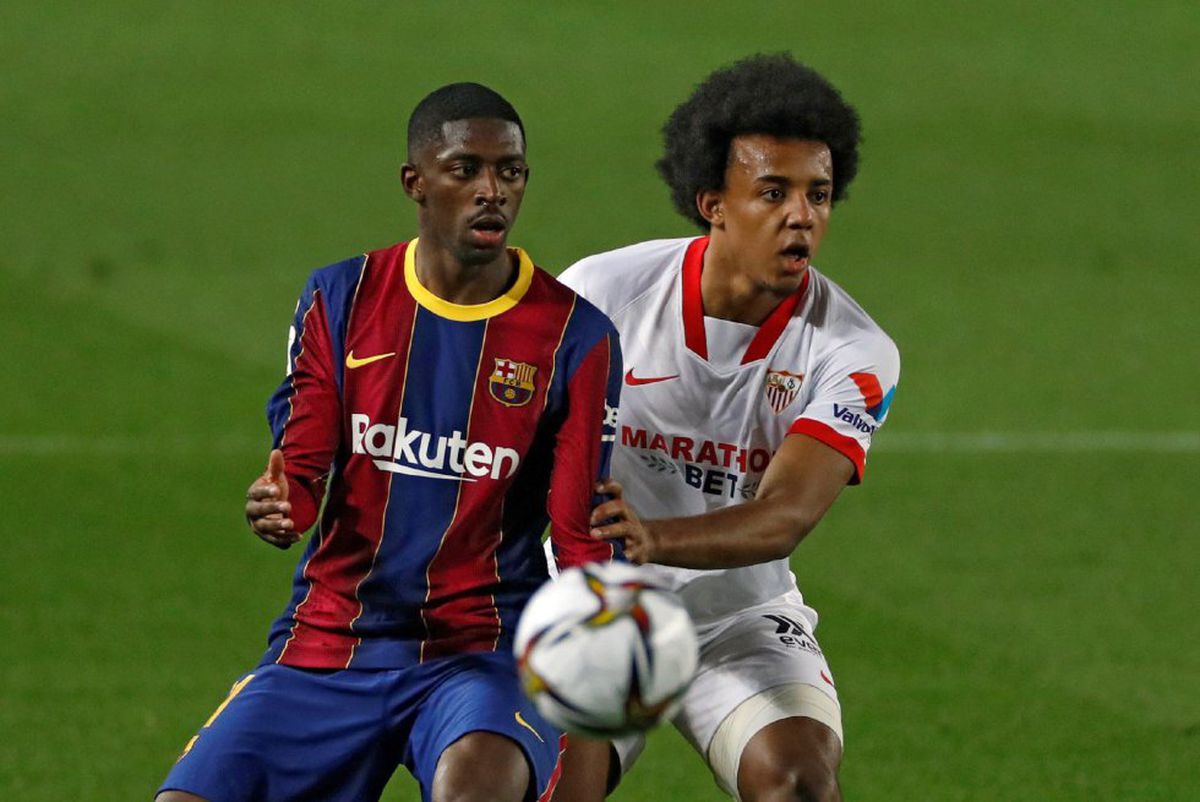 It happened in the summer of 2019. Shortly after Jules Koundé (Paris; 23 years old) was unveiled as the new Sevilla player, some journalists asked Monchi, the Andalusian club’s sporting director, if the €25m wasn’t too much for the Girondins for one 20-year-old footballer with a very short experience in the elite with only 70 games paid for the French club. “You’ll see that in a few years,” Monchi replied. Three years later, Sevilla sell the France international defender for a fixed €50m plus around 10 in variables. 20% of that 50 million goes to the Girondins. The Andalusian club have already officially reached an agreement in principle for the transfer. Monchi again makes a large capital gain to sustain a club model based on buying low and selling high while achieving sporting success.

In those three seasons, Koundé has established himself as one of Europe’s best centre-backs, nine times as a full international with France and a fixture at Sevilla, with whom he won the Europa League in 2020 and qualified for the champions three times in a row, finishing fourth in the league last three league editions.

The transfer to Barcelona ends an episode that had become eternal in Seville. The Andalusian club would have preferred to sell the defender to Chelsea, who would have come very close to signing Koundé. At Seville, they don’t know exactly why, having reached a verbal agreement with the England team for 55 million as a fixed amount for the transfer, Chelsea never put it in writing or sent the documentation recording the verbal agreement that came about was . That happened late last week. Meanwhile, Koundé has gone to Portugal to focus on Sevilla, where he is training alone while recovering from an injury sustained at the end of last season with the French side. At Sevilla, they sense that Koundé has preferred to stay in LaLiga, seduced by the news of a Xavi who has promised him a great trip at Barcelona. According to some sources in the op, the Frenchman will earn around six million a year at his new club, three times what he is now.

Sevilla have requested bank guarantees in the face of a possible non-payment by the Catalan club, who face severe economic penalties. Andalusian fans have not taken Koundé’s transfer to Barcelona very well, as it is believed that a rival from the league itself will be strengthened. However, Sevilla had promised the defender he would leave this summer after failing to sell him to Chelsea last year. He had a contract until 2024. Koundé said goodbye to his Algarve team-mates this Thursday morning to appear in Barcelona, ​​where he will undergo a medical. Although the initial idea was to take part in the Tour des culé teams in the United States, it is very likely that he will already take part in the training sessions in Spain next Monday with his new teammates.

The purchase of Koundé was then the highest in the history of Seville. According to Seville sources, the 25 million have now turned into 50. In addition, five million are included in slightly conforming variables. There are other quantities that are more difficult to satisfy in this section of the variable. One of them is Barcelona winning the Champions League with Koundé in their ranks.

Koundé’s transfer also becomes the most expensive sale in Seville’s history. That 50 million far exceeds the 40 paid by Monaco’s Andalusian team for Ben Yedder, as well as the 35 paid by Barcelona themselves for Lenglet in the summer of 2018. Seville and Barcelona have always gotten along very well. Time to complete the transfers. Aside from Lenglet, the other major sales Sevilla have made to Barcelona this century have been Dani Alves, Rakitic, Aleix Vidal and Keita.

Principle of agreement with Seville for the transfer of @jkeey4

Koundé, who had reached an agreement first with Chelsea and then with Barcelona, ​​went through the whole process calmly and without putting too much pressure on Sevilla. The defender, who is on France’s list for the next World Cup in Qatar in November, has made 133 appearances for Sevilla over those three seasons, scoring nine goals. He is a footballer who usually plays as a central defender, although he can also play as a winger. Sevilla coaches even comment that he could play even the defensive pivot in the future if he corrects some deficiencies. The sale of Koundé is Seville’s second after Diego Carlos to Aston Villa for a fixed price of 30 million. So far, the Andalusian club have only signed Galatasaray centre-back Marcao for €12m.

- Advertisement -
Share
Facebook
Twitter
Pinterest
WhatsApp
Previous articleRibera announces its intention to unify eradication requirements in the sector approving the wolf strategy
Next article‘Son’ by Andrés García talks about the legacy: “Sell everything and leave nothing”