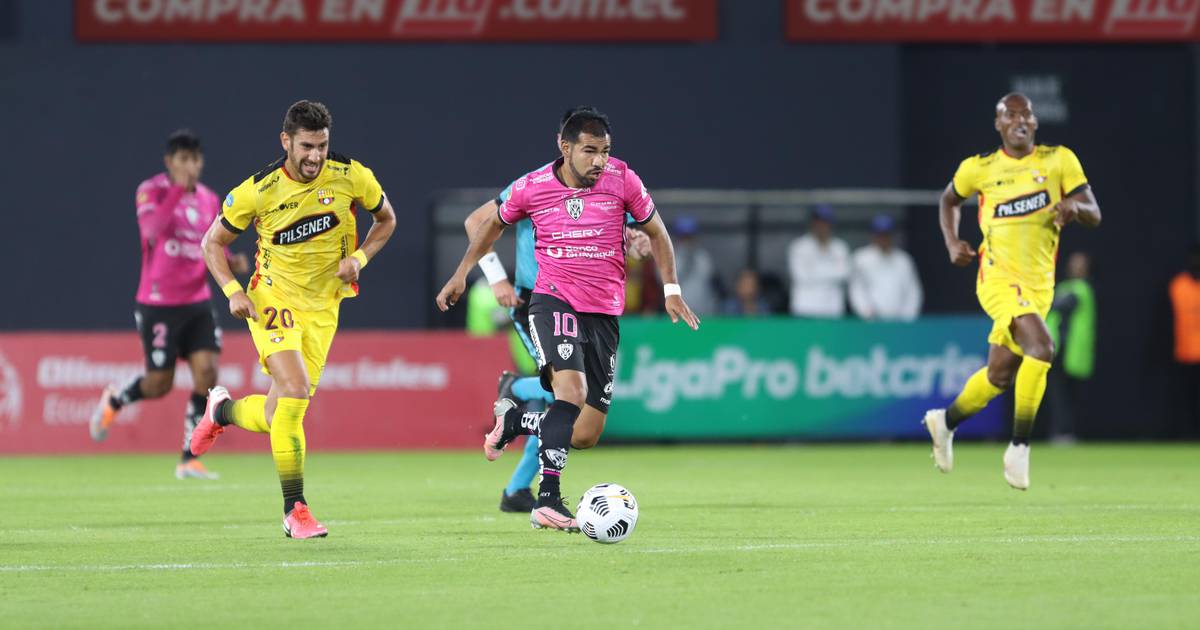 Barcelona drew 1-1 against Independent Valley for Date 4 of Phase 2 of the Pro League, played at the Banco Guayaquil stadium in Sangolquí. Junior Sornoza marked for the “Rayados”, while John Cifuentes tied for the “Toreros”. On the hour mark, Nixon Molina missed a penalty

The first time, the Independiente del Valle team dominated the ball and complicated Jorge Célico’s team. However, Barcelona have found ways to complicate their rival with the pair of Emanuel and Fidel Martinez. However, the result did not change.

At 37 minutes, a deadly Independiente counter-attack resulted in a Junior Sornoza goal after a rebound. However, the joy did not last long because two minutes later a mistake shared by Moisés Ramírez and Richard Shunke ended up being exploited by Barcelona who found the equality thanks to John Cifuentes. In the end, they entered the break 1-1.

In the complement phase, both teams went in search of the goal. Independiente called in the direct attack while Barcelona looked for a counterattack. At 60 minutes, Luis Segovia saved his team with a perfect cross when Emanuel Martínez lent himself to finish. In the end, the ball was deflected by the defender.

The game was vibrant, both had the opportunity to score. Around the hour, a foul by Joao Ortiz ended up being sanctioned as a penalty in favor of Barcelona. Nixon Molina went for it and the penalty was saved by Moisés Ramírez.

The following day, Independiente del Valle will visit Orense while Barcelona will host Mushuc Runa. Both with the responsibility of earning 3 points to fight the stage which is commanded by Aucas.

Here is the composition of the team: