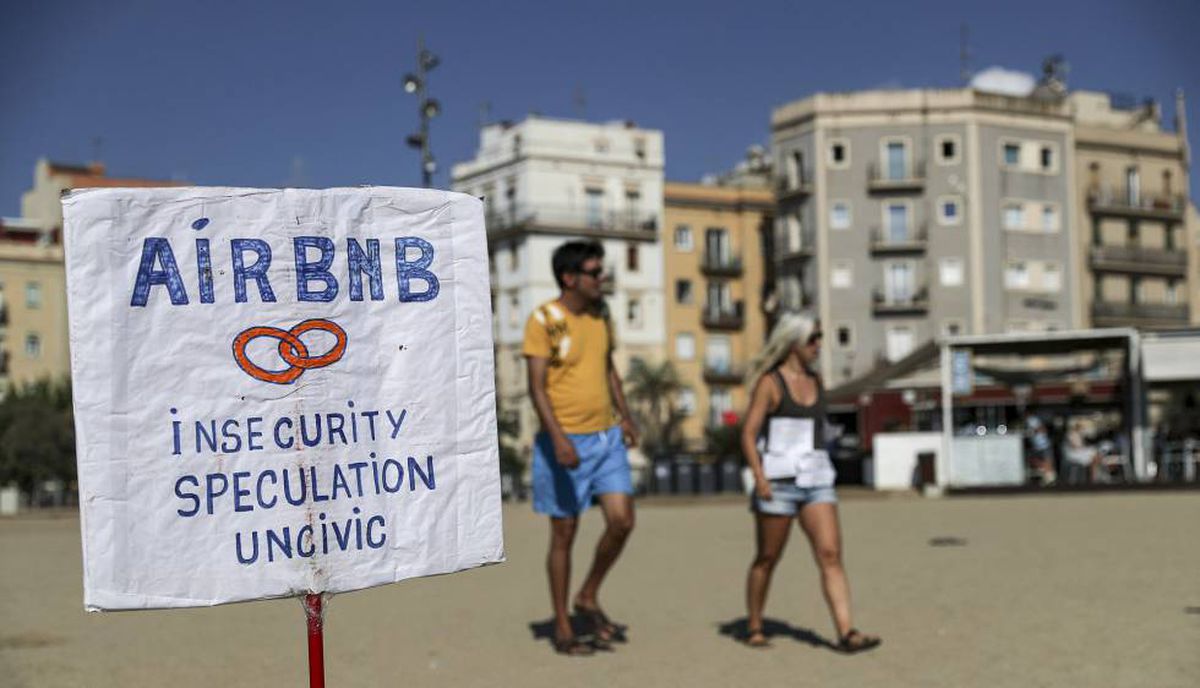 The Barcelona City Council on Friday sent a request to the Airbnb platform to take down 4,102 tourist room ads in 15 days because “they don’t have any kind of license and it is therefore an illegal tourist activity”.

In a statement, the consistory recalled that the final approval of the new special urban planning plan for tourist accommodation (Peuat) regulates tourist rooms and asked Airbnb to “deactivate everyone” and proposed a penalty for the platform of 60,000 euros if this were the case is not.

Barcelona Deputy Mayor for Urban Planning Janet Sanz has said that this activity “must come to an end for good” and has argued that it would not happen unless platforms like this promote it and publish it on their website would, in his words.

Sanz has clarified that they “never” interpreted Airbnb as an accommodation brokerage service provider, but from the perspective that it is a digital platform that must comply with the law.

In the context of “tourist overcrowding and high pressure” in the neighborhoods, he has worked to ensure both the legality of tourist accommodation, as well as its safety, as well as coexistence and the rest of the neighbors.

“We want housing for the people who live in Barcelona and that’s a priority,” said the head of urban planning, who has insisted the rest of the activities must be governed by the license and that if it isn’t have it you are illegal activities.

The City Council recalls that the new Peuat limits the rental of tourist rooms, reserving them to those open in tourist apartments converted into habitual residence, a situation that ensures that this has not happened before, so that no permission has been granted and any publication is illegal.

Likewise, it has initiated a procedure to inform all the owners of the recognized ads of the current legal context: they will send them a warning to stop their activity without sanction, to let them know that they are not complying with the regulations, in a few weeks , “if the ads are confirmed to be still active,” begins sanctioning.

For its part, Airbnb has responded to the city council’s announcement, emphasizing its commitment to working with authorities and “eliminating those who are not compliant from the platform.” In a statement, Airbnb said that in all cases, it reminds hosts to “check and comply with local regulations before posting ads” and offers them a tool to show their registration number, which facilitates labor inspection and identification the authorities.

The platform has ensured that the approval of the Special Urban Development Plan for Tourist Accommodation (Peuat) “has almost no impact on Airbnb’s global business, but will hurt providers”. home sharing because, according to the platform, for half of the hosts in the city, this modality means an additional income that helps them maintain their own home. In this sense, he stressed that for “more than half of the hosts in Barcelona, ​​this income is crucial, especially in times when the cost of living is increasing” and that he hopes to work with the city council to find a solution.