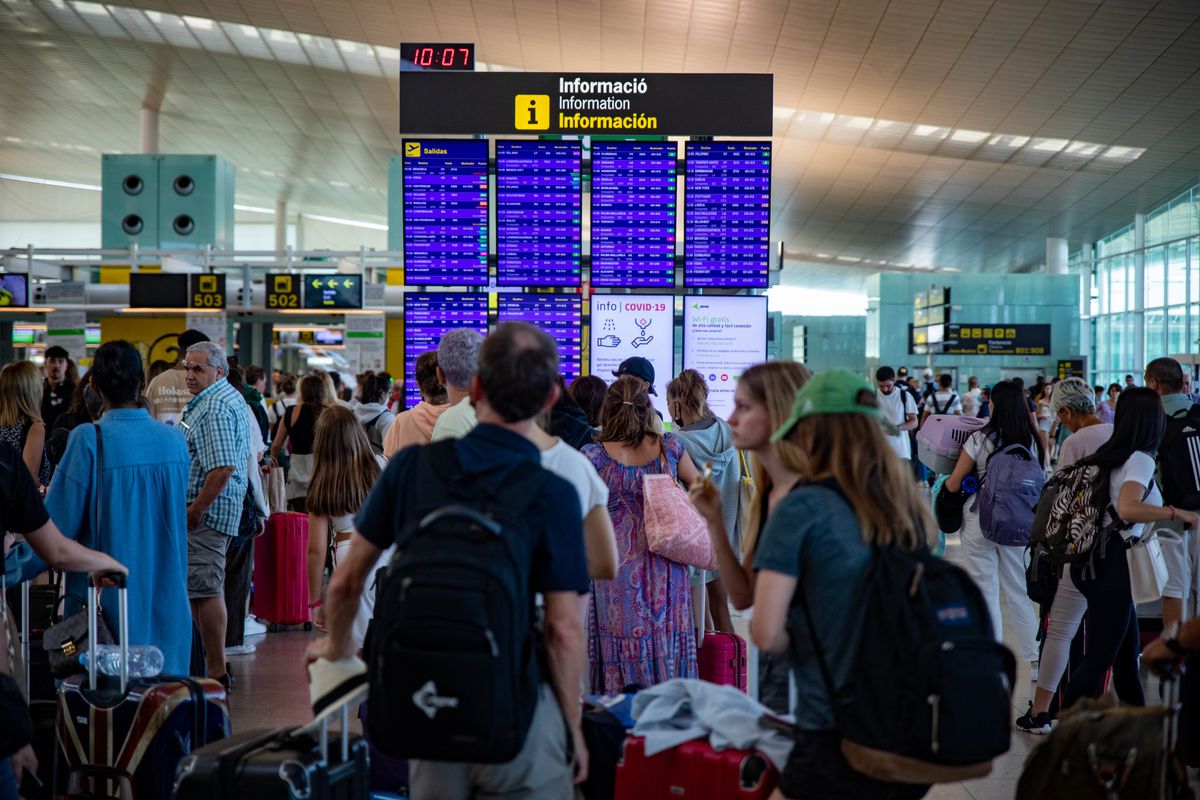 Barcelona-El Prat Airport is bouncing back after clearing the coronavirus ballast and faces the peak of the summer with forecasts bringing traffic records closer to pre-pandemic levels. The pilots of the Josep Tarradellas have scheduled 3,508 flights between Friday and this Monday, August 1st. This is the first weekend of operations after a summer holiday with signs of normality. According to Aena, the number is close to the activity volumes recorded before the health crisis broke out. The comeback gets 87.2% of traffic for the same period in 2019, which was a record year. Then 4,019 operations were counted. On the busiest days, Friday and Sunday, there were more than 900 daily flights. In terms of destinations, 72% of traffic is international, with the remaining 28% being domestic.

From the command posts of the Catalan airport, it is highlighted that flights with China and Russia, whose uncertainties remain due to the war and the virus, have yet to restore a package of connections that have fed statistics difficult to make reliable estimates. But the dynamics that the current records show confirm the forecasts of the speedy recovery of the bustle counted before the spread of the Covid. And with the rebound, the threatening saturation of the installation becomes visible again. In September last year, the €1,700 million millionaire plan to expand the facility was shelved due to a disagreement between the Generalitat and the Ministry of Transport. No progress has been reported since then.

“There hasn’t been a meeting to discuss the issue,” says an Aena spokesman when requested information on the allegedly frozen project to expand the Josep Tarradella. The airport manager argues that it was the Generalitat that shaken the purpose and that the ball has therefore been left on the roof of the Catalan administration. Some manifestations of president Pere Aragonès (ERC), who criticized the terms of enlargement, hastened the paralysis of a project that until then had encouraged enlargement Vice President Jordi Puignero (Together for Catalonia). From the Territorial Ministry, which Puigneró himself commands, the answer is that “the airport is a state infrastructure and it is up to the Ministry to reopen the folder”.

Almost a year ago, Minister Raquel Sánchez stressed that despite the fiasco in the negotiations to include Barcelona Airport expansion plans in the Airport Regulation Document 2022-26 (DORA), approved by the Council of Ministers in September, there was an open door to continue with the remodeling of Barcelona-El Prat deal. “This is a government of dialogue and that is why we are always open to dialogue; You can make a lot of progress with projects and studies,” assured the Head of Transport, Mobility and Urban Agenda.

Time doesn’t prove him right. Plans for Barcelona Airport, which included a controversial extension of one of its runways to make it operational and the construction of another terminal to accelerate expected passenger growth, are gathering dust. “We’re right where we left off,” says the Territory Council. On the obstacles that the discrepancies between the two Govern partners could add to the project, Puigneró’s environment is clear: “There were differences between Junts and Esquerra, and there are, but the one who closed the door was the ministry. “

Focus on roads and trains

In its plan to build bridges with Catalonia, the government has prioritized the infrastructure folder but is concentrating its efforts on roads and improving the rail network. An investment of 1,050 million euros over seven years was announced last Friday to carry out interventions on the AP-7 and AP-2, which have been congested since the toll barriers were raised. When it comes to trains, improvements are projected onto Rodalies’ battered net. However, the inactivity is total when it comes to the airport.

Inflation clouds are threatening the economy, but there are signs that cast doubt on the revival of air travel. Aena has reported a net profit of 163.8 million euros between January and June 2022, a profit improvement of 147.3% compared to the same period in 2021, in which it posted losses of 346.4 million. The airport manager returns to profitability after eight loss-making quarters since the first quarter of 2020. Connections with South Korea were recently restored at El Prat Airport. The direct Barcelona-Seoul flight marks the return to Asiana Airlines operations. The company suspended the connection more than two years ago, in March 2020, and is returning, leaving Barcelona as its only direct destination in Spain.

Previous articleThe city e-bike at Aldi is almost sold out: Pedelec for only 1,100 euros – is it good?
Next articleGuterres is outraged by the deaths of two civilians at the hands of the blue helmets in the Democratic Republic of the Congo