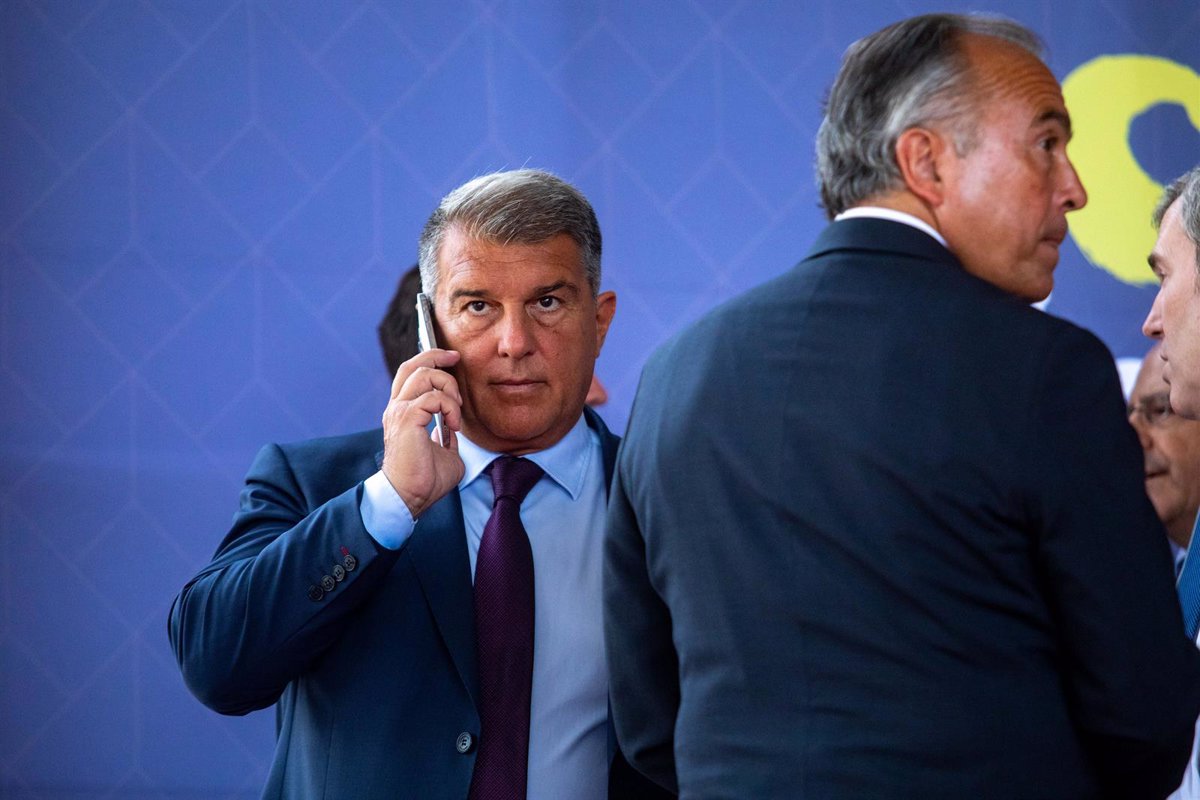 FC Barcelona activated the first economic lever to clean up its economy this Thursday with the sale of ten percent of LaLiga television rights to Sixth Street, which will initially invest 207.5 million euros over the next 25 years, as the ‘ culé confirmed ‘ team.

“With this operation, FC Barcelona will generate a total capital gain of 267 million euros for this season. Sixth Street will initially invest 207.5 million and will receive from LaLiga the economic benefit of 10 percent of the club’s television rights over the next 25 years,” Barça explained in the statement.

The transaction followed the ratification of the paying partners at the recent Extraordinary General Assembly, which approved the sale of 49.9 percent of BLM (Barça Licensing & Merchandising, SL) and 25 percent of the television rights.

“We activate the economic levers and implement our patient, sustainable and efficient strategy to strengthen the financial base of the club,” said FC Barcelona President Joan Laporta, who reiterated that Sixth Street is an investor with Experience in the world of FC Barcelona is sports and media that provide “resources” while allowing them to manage operations “independently”.

For his part, the co-founder and CEO of the investment company, Alan Waxman, highlighted the alliance with FC Barcelona. “We believe in the strategy they are implementing and we are proud that one of football’s most successful clubs has chosen us as their partner and capital solutions provider,” he assured.

“Our team looks forward to building a long-term partnership by providing our flexible capital and extensive experience in the sports sector to help Barça further strengthen its organization and achieve its strategic goals,” concluded Waxman.

SIXTH STREET HAS OVER EUR 60,000 MILLION IN ASSETS AND MANAGEMENT

The American company is the leading global investment company with more than EUR 60,000 million in assets under management and committed capital. Some investments spanning several of the world’s major esports organizations, such as the San Antonio Spurs, an NBA franchise, are leading the team’s 2021 investor group.

The company has also co-managed a $1 billion convertible investment in Spotify, the digital music service that will be FC Barcelona’s main sponsor from July 1.

- Advertisement -
Share
Facebook
Twitter
Pinterest
WhatsApp
Previous articleBarcelona formalize the sale of 10% of its television rights to the Sixth Street fund for 207 million
Next articleWho’s the boss here? : Amazon seizes the remake of the cult sitcom