Barakah… a collective story of positive success locally and globally 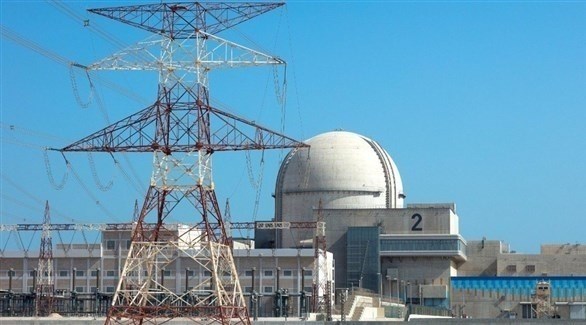 The Barakah Nuclear Power Plants experience is a positive success story through fruitful cooperation and teamwork with many different organizations and agencies. The Emirates Nuclear Power Corporation’s cooperation with all partners and stakeholders was a key factor in developing a world-class company. peaceful nuclear program that the United Arab Emirates is proud of.

A report issued by the Emirates Nuclear Power Corporation showed that the Federal Nuclear Regulatory Authority reviewed more than 15,000 pages of the operating license application before it was granted for the first plant in 2020 and the second in 2021.

So far, the authority has carried out more than 360 inspections at Barakah to ensure the plant meets all regulatory requirements, and international experts such as the World Nuclear Association and the International Atomic Energy Agency have completed 44 reviews at Barakah.

pneumatic transmission
TRANSCO has completed 952 km of overhead transmission lines to connect Barakah to the country’s power grid. The Abu Dhabi Environment Agency has also cooperated in the planting of 7,300 coral reef settlements and the replanting of 22,300 coral reefs along 17 km north of the Barakah stations.

The UAE’s Peaceful Nuclear Power Program recorded 10 achievements from December 2020 to March. In December 2020, the first plant reached 100% of its production capacity, and in January 2021, the independent review of the World Nuclear Association of Nuclear Operators confirmed the readiness of the second plant in Baraka to go into operation.

During March 2021, Nuclear Control issued a license to operate the second station and start fueling, while April 2021 saw the announcement of the first commercial operation of the first station at Barakah and the start of production of environmentally friendly electricity.

Today, March 24, 2022, the commercial operation of the second plant in Barakah was announced and the production of green electricity from nuclear energy was doubled.

The Barakah nuclear power plants are a major contributor to the country’s climate neutrality initiative by 2050. It is also considered the largest single source of environmentally friendly electricity in the region. Barakah provides 25% of the country’s electricity needs to meet the needs of 570,000 households a year.

More than 2,000 Emiratis have participated in the Barakah project in the last ten years.

There are over a thousand jobs to develop future leaders in the energy sector and many new career paths for young Emirati talent. Barakah also supports new high-tech industrial sectors, and Barakah paves the way for the development of other low-carbon energy sources. like green hydrogen.