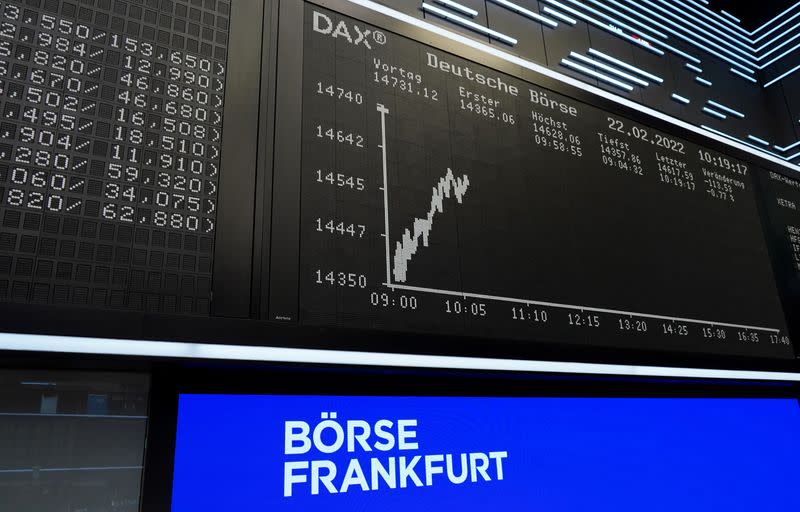 * The pan-European STOXX 600 index gained 0.9% after a lackluster start to the week, helped by a 2.5% jump in European banks.

* Other cyclical sectors such as insurance and autos, preferred bets for a rate hike scenario, gained 2% and 1.6% respectively.

* Powell said on Monday the central bank must move “quickly” to raise rates and possibly “more aggressively” to fight inflation, as markets digest the 25 basis point rate hike from the last week.

* “Until now, the Fed has been pretty cautious… The fact that it is thinking of raising rates faster and more decisively has bolstered the financial sector today,” said Danni Hewson, financial analyst at AJ Bell.

* The money markets expect a rate hike of around 50 basis points by the European Central Bank (ECB) by the end of the year.

* London’s FTSE 100 closed 0.5% higher, helped by bank equities. The index, heavily weighted by crude exporters, gave up some of its early gains after oil prices fell on a strengthening dollar and after the European Union looked unlikely to impose an embargo on Russian crude.

* The STOXX 600 index has lost more than 6% so far this year, while the commodity-heavy FTSE 100 has outperformed, gaining 1.1% over the same period.