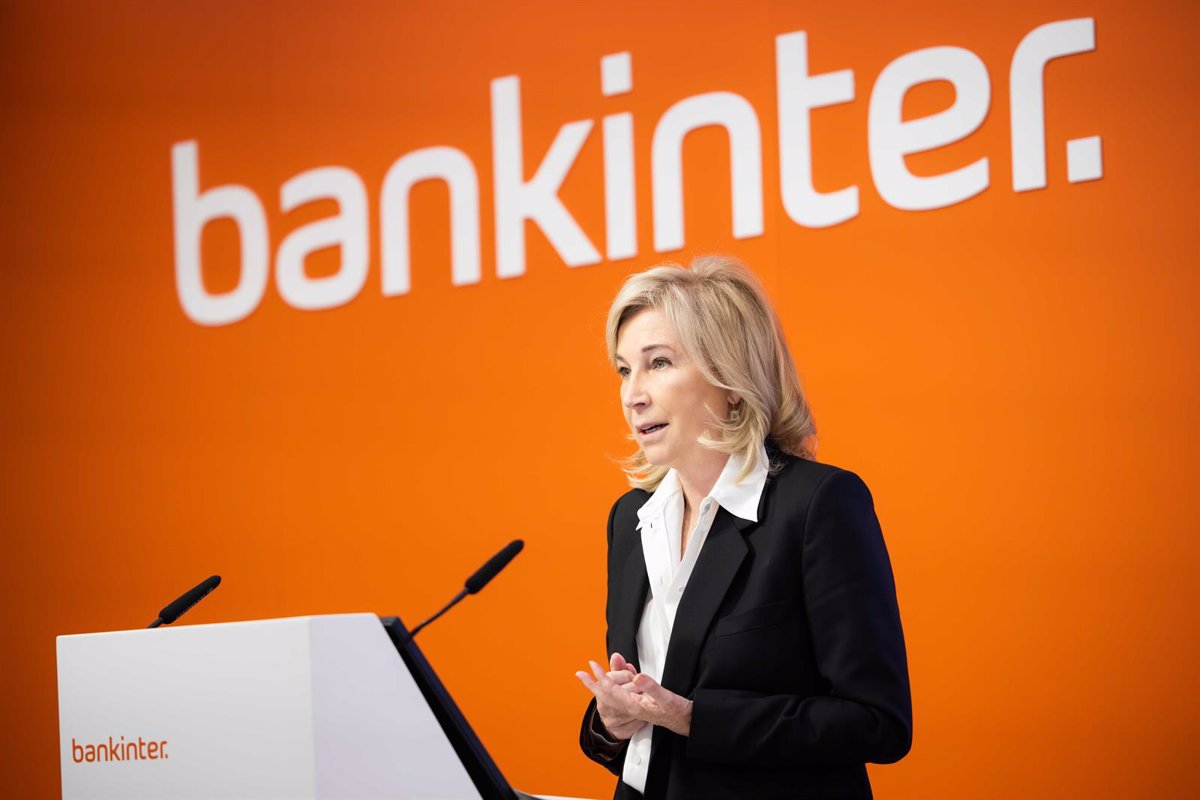 Bankinter recorded a net profit of 271 million euros in the first six months of this year, 10.8% more than in the first half of 2021, although in the previous period four months of income from the insurance company Línea were included, directly and without extraordinary capital gain that the Bank scored for its IPO.

If only net income from banking operations is included in both comparable periods, the increase is 32%, the company said on Thursday.

Between January and June, profit before tax from banking activities reached 373.9 million euros, which is 30% more than last year on a comparable basis.

The group has highlighted that at the end of the first half of the year, it is consolidating the growth trend of the previous quarters thanks to sustained activity in all business areas and regions in which the bank operates.

Thus, all business lines and profit and loss account margins, as well as the main indicators, show growth compared to the same period in 2021, which, as highlighted, confirms Bankinter’s ability to deliver pure banking revenues for those of Línea Directa, its spin-off from the Bank took place at the end of April 2021.

Regarding the main management indicators, the bank has highlighted that they all show the solidity and solvency of the company and the strength of its balance sheet.

The “fully utilised” CET1 capital ratio now stands at 11.9%, well above the 7.726% minimum threshold required by the ECB for Bankinter, the lowest among listed banks in Spain.

As for the non-performing loans ratio, it stands at 2.11% compared to 2.34% a year ago, without currently noting any relevant incidents from the current economic environment and widespread ICOs ended theirs, according to the company Defects.

Likewise, the bank has increased the coverage of these arrears to 64.7% compared to 62.5% a year ago to prevent the environment from deteriorating.

The efficiency ratio is reduced to 44.4% from the previous 44.9%, and for Bankinter Spain this ratio is 40.5% cumulatively up to June.

Between January and June, the interest margin reached 665.7 million euros, 4.1% more than in the same period of 2021, with quarterly figures above those of recent quarters and with a customer margin consolidating its upward trend.

For its part, the gross margin amounted to 962.8 million euros, with a growth of 5.3% over the period.

Of this income, 69% comes from interest margin and 32% from commissions derived from operations. The latter add up to a total of 303 million euros in the semester, which corresponds to growth of 15% compared to the first half of 2021.

Virtually all of this compensation comes from management, brokerage and consulting businesses, all of which add value to clients.

Thus, 102 million euros came from the asset management business, with a growth of 11%; 77 million from collections and payments activity, up 31%; and 60 million from the securities business, among other things.

Likewise, the operating margin before provisions reached 535.1 million euros, with a growth of 6.1%, after deduction of operating costs of 428 million, 4.2% higher than in the same period last year.

Referring to business in Spain, credit investment grew 5.6%, compared to 0.9% more for the sector, according to Bank of Spain data in May.

The resources of private customers reached 77,546.8 million euros, up 13%. The growth of these resources in Spain is also 13%, compared to a 5.6% increase in the sector average, also with data for May.

- Advertisement -
Share
Facebook
Twitter
Pinterest
WhatsApp
Previous articleSondra Radvanovsky, soprano: “My mother died. i got divorced I NEED A CHANGE. I want to live in Spain”
Next article“In All Friendship” Anniversary with Fan Surprise