Baniyas misses out on qualifying for the group stage 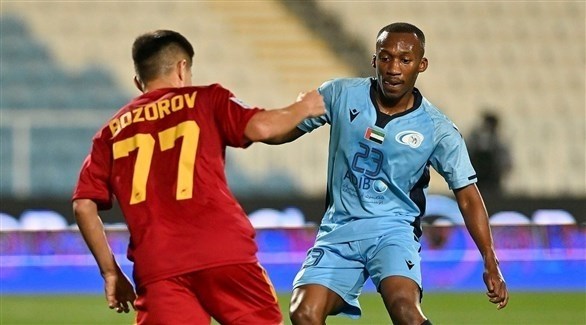 Baniyas lost to his wild card Nasaf Karshi of Uzbekistan 0-2, in the match that was played on Tuesday at the Al Shamkha stadium in Abu Dhabi, in the qualifying match for the group stage of the Asian Champions League.

Baniyas failed to reach the group stage of the continental championship for the second time after being eliminated from the same round in 2014, noting that the only participation of the team was in the 2012 edition, while the Uzbek team qualified for this role after a 10-year absence, to be promoted to the fifth group, which includes the Al-Faisaly Saudi and Al-Sadd Qatari and Jordanian units.

Goals were scored by the Uzbek team Sherzod Nasrolayev (27) and Huseyin Nurshayev (75).

Despite the strong offensive start by Baniyas and his preference for possession of the ball, the team could not shake the nets of the Uzbek team, as Mohammed Rashid missed the goal opportunity in the fourth minute after being the only one in the goal, but he shot the goalkeeper Ergashev’s body.

Contrary to the course of the half, the guests managed to advance through Nasrolayev, taking advantage of a cross from the left wing, in the midst of a lack of attention from the defense of Bani Yas, who placed with his left foot in the goalkeeper Fahd’s net. Al.-Dhanhani.

Baniyas tried it in the second half and intensified his attack on the Uzbek team’s goal, but the team lacked the necessary danger, and Suhail Al-Nubi missed an easy scoring chance in the 65th minute after knocking Khomeiniz backhand over the top from the crossbar, before Norshayev reinforced Nasaf’s advantage in the 75th minute with a shot inside the area that saved the corner. Right hand of the ‘celestials’.