Baniyas and Sharjah aim to reach the group stage 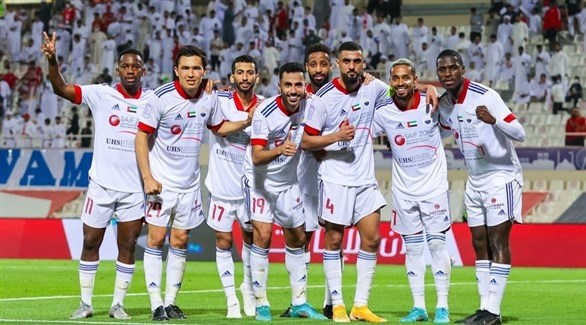 Tomorrow, Tuesday, Bani Yas and Sharjah will play two important games in the Asian play-off of the group stage of the AFC Champions League, in its new version.

In case Baniyas and Sharjah qualify for the group stage, the number of UAE representatives in the current edition will be 4 teams, which means that there is a great opportunity to achieve the best result and reach the furthest of the mainland championship.

Baniyas’ team, which is sixth in the league this season with 28 points, hopes to exploit its superiority in the last three matches in the UAE league competition, to beat Uzbekistan’s Nasaf, leaning on the duo Nicolás Jiménez “5 goals and Isaac Thelin “6 goals” in the professional league.

Baniyas also aspires, in his third participation in the AFC Champions League, to achieve a new achievement after having played before in two editions, the first in 2012, in which he qualified for the round of 16, but he said goodbye after losing to Al. Hilal Saudi Arabia, while the second participation was via add-on in 2014, but did not qualify from the groups after losing to Al Qadisiyah of Kuwait, to have a chance in the current version by reversing their start in the UAE League in reaching the group stage and skipping the round of 16, the best achievement he achieved in the continental championship.

For its part, Sharjah also enters in high spirits after reaching third place in the UAE Professional League with 33 points, and approaching the runner-up of Al Wahda with a difference of only 3 points, in addition to qualifying for the final of the Cup of His. His Highness the President of the Emirates, where he counts on each of the team’s top scorers, Caio Lucas, who has 8 goals, and Ben Mlango, who scored 6 goals in the UAE League competition, to overcome the hurdle Al -Zawraa and qualify for the group stage.

The Sharjah team hopes to surpass their greatest achievement in the championship after the round of 16, which they said goodbye to in the last version when they fell on penalties against the Al Wahda team.